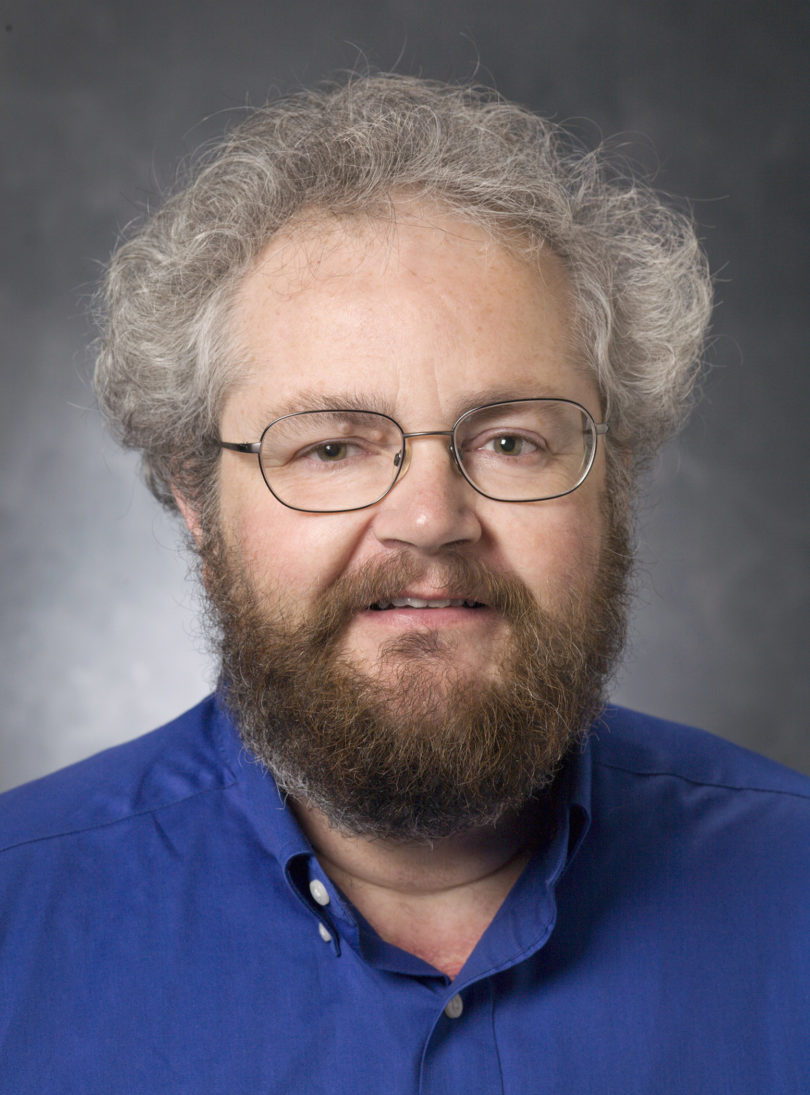 Russell Malmberg, a professor of plant biology and associate dean in the Franklin College of Arts and Sciences, has been named University Professor, an honor bestowed on faculty who have had a significant impact on UGA in addition to fulfilling their normal academic responsibilities.

The honor was first awarded in 1974, and no more than one University Professor can be named in any year.

“Dr. Malmberg exhibits an exemplary level of dedication to students and to his colleagues here at the University of Georgia,” said Pamela Whitten, senior vice president for academic affairs and provost. “In many ways, this university is a better place because of his contributions.”

Malmberg joined the UGA faculty in 1985 and has served as an associate dean in the Franklin College since 2007. As associate dean, he oversees research and graduate education for the university’s oldest, largest and most academically diverse college. His colleagues describe him as “an excellent no-nonsense administrator,” and “tireless, unselfish and unassuming.”

He has helped grow the university’s Integrated Life Sciences program, which allows first-year graduate students to rotate among faculty in participating departments and defer their choice of a major professor until the end of their first year. The program, which began in 2009, has grown to include 11 departments from four colleges and will recruit 50 students annually beginning in the 2014-2015 academic year.

Malmberg helped develop the university’s Intensive English Program, which helps international students improve their English skills prior to entering graduate school. The IEP began as a summer program in 2010 with funding from the Provost’s Office and has since become a self-sustaining, profit-generating enterprise that attracts students from UGA and institutions worldwide. This year, it began operating as a year-round program.

To help graduate students compete for the highly competitive National Science Foundation Graduate Research Fellowship, he worked with Judy Milton in the Graduate School to organize what has since become an annual workshop that has helped significantly increase the number of UGA students receiving the award. In 2005, together with Jerry NeSmith of in the Office of the Vice President for Research, Malmberg also helped establish the current Georgia Genomics Facility on Riverbend Road, which provides access to state-of-the-art equipment for faculty and students at UGA.

To expose prospective undergraduate students to the sciences, Malmberg worked with Jim Geiser in human resources to organize the Young Dawgs Science Internship, in which local high school students are placed in UGA research laboratories to gain hands-on experience. Since its inception in 2008, the program has hosted nearly 500 students in STEM-related fields.

In addition to his administrative and service work, Malmberg has maintained a productive research lab. He has been the principal or co-principal investigator on external grants totaling more than $9 million, and he has published more than 80 peer-reviewed journal articles related to his expertise in plant evolution and in bioinformatics.