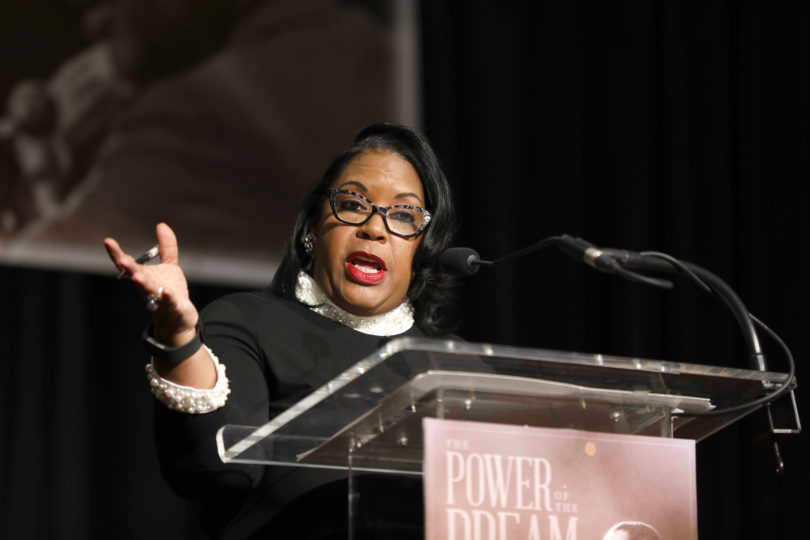 Tiffany Cochran Edwards had three simple pieces of advice to those attending the 16th annual Martin Luther King Jr. Freedom Breakfast: cultivate optimism in all that you do, be of service to your community and those around you, and fulfill your own unique destiny.

“We are here today because the Rev. Dr. Martin Luther King Jr. laid a solid foundation for what is right and just for this country, a social consciousness that really permeates in every area of our life and it should still drive us today,” she said.

Edwards served as a news anchor for 17 years, 10 of them in Atlanta. She currently is the national brand manager and public relations director for The Cochran Firm, the national law firm founded by her father, the late attorney Johnnie Cochran Jr. Since her father’s death from a brain tumor 13 years ago, she also has focused on raising money for the Johnnie L. Cochran Jr. Brain Tumor Center at Cedars-Sinai Medical Center in Los Angeles.

The theme for this year’s breakfast was “The Power of the Dream: Building the Beloved Community,” something King regularly called for in his speeches. This community could only be formed, he said, by love and understanding.

Today, our country is very divided, Edwards said, and many of the voices heard are loud and cruel. But there’s hope of building King’s community yet.

“We are truly at a crossroads today,” she said. “But I’m here this morning to speak about the other side, the world Dr. King envisioned for his four children and the world I envision for my daughter and all of your children, grandchildren and the young people you come into contact with right here on this campus. My favorite quote from Dr. King is ‘without love, there is no reason to know anyone for love will, in the end, connect us to our neighbors, our children and our hearts.’ It’s such a simple quote, but it shows us a world filled with love is a world worth working for no matter how difficult it is.”

Creating this world means loving one another despite and because of our differences, Edwards said. It’s a tough task but one worth achieving. 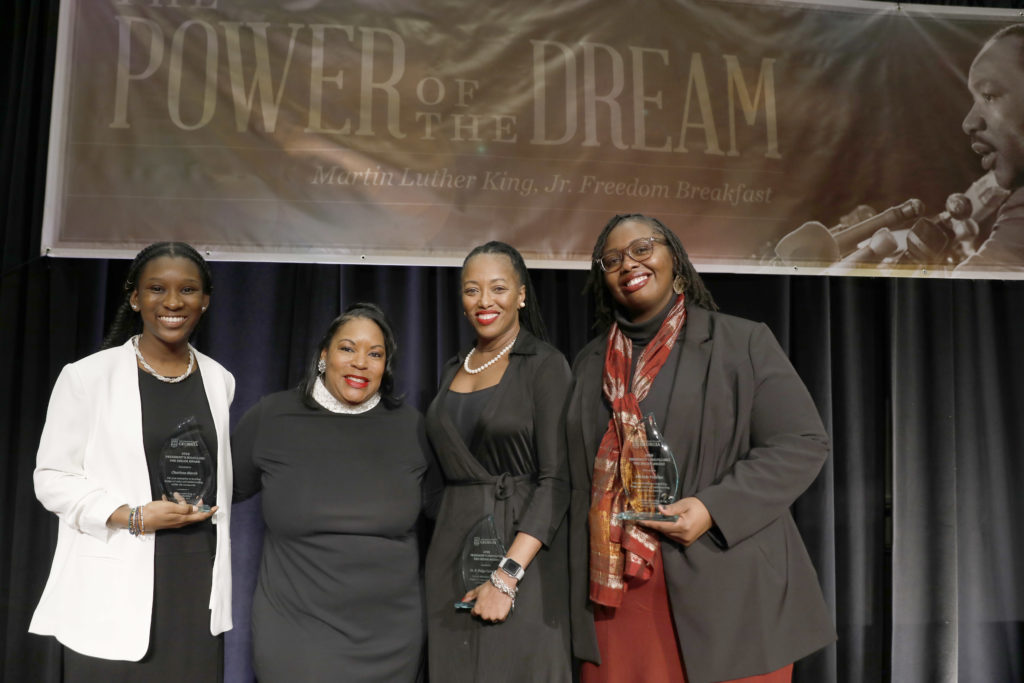 Three individuals were also awarded the President’s Fulfilling the Dream Award during the breakfast. The award is given to people in the university and Athens-Clarke County communities who are actively striving to make King’s dreams of racial justice and equality reality.

Paige Carmichael, a professor of veterinary pathology in the College of Veterinary Medicine, received the faculty/staff award for her commitment to advocating for students from all backgrounds.

Charlene Marsh, a fourth-year international affairs and political science major, was presented the student award for her involvement in numerous organizations dedicated to combatting racial prejudice. She also serves as the vice president of the Student Government Association.

Native Athenian Michele Pearson received the outstanding member of the Athens community award for her work in furthering King’s dream of an inclusive community for all.