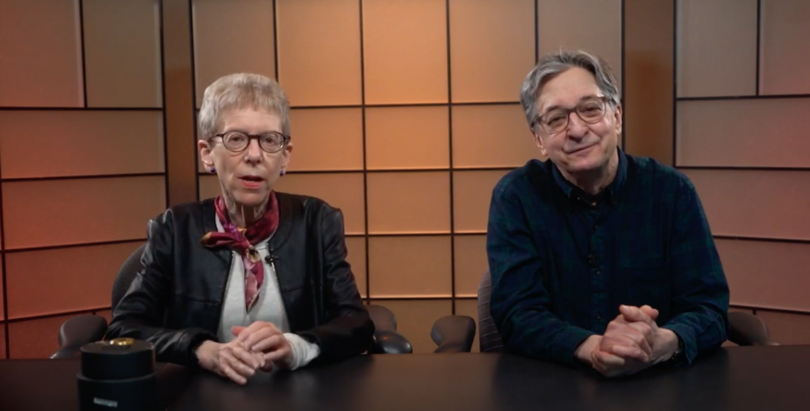 Peabody has announced that “Fresh Air with Terry Gross,” the estimable cultural interview radio and podcast program, has won the Institutional Award. Stephen Colbert presented Gross and the “Fresh Air” team with the honor this morning via video.

The Peabody Awards is based in the University of Georgia Grady College of Journalism and Mass Communication.

“Fresh Air,” which originated from WHYY in Philadelphia and broadcasts daily through NPR, is being recognized for its rich conversation for over 35 years, becoming the indispensable place for listeners to engage with many of the most beloved artists who have shaped society over the last century. Selected by the Peabody Board of Jurors, the Institutional Award recognizes institutions and organizations, as well as series and programs, for their enduring body of work and their iconic impact on both the media landscape and the public imagination.

“Gross possesses what musicians often call “big ears”—a habit of being deeply immersed in the play of the conversation at hand through acute listening. Her mastery of dialogue is seen in questions that unearth the rudiments and alchemy of artistry,” said Jeffrey Jones, executive director of Peabody. “Fresh Air” is just that as an interview show. The mission is the soul of art, not the spectacle of celebrity.”

Gross began hosting “Fresh Air” in 1975 and has since conducted over 13,000 interviews with a wide array of celebrities, artists, politicians, showrunners, musicians and writers. Part conversationalist, part therapist, part oral historian, Gross leans heavily into her guests with an unassuming intimacy that often evokes unexpected and, at times, uninterrogated feelings or memories.

She routinely displays genuine interest in what makes artists great, not just as creators, but also as individuals whose personal history and humanity inspire the art itself. With her distinctive style and insightful interviews, Gross and her longtime co-executive producer Danny Miller have made “Fresh Air” one of the top audio programs in the world.

Gross began her radio career in 1973 at public radio station WBFO in Buffalo, New York. There she hosted and produced several arts, women’s and public affairs programs, including “This Is Radio,” a live, three-hour magazine program that aired daily. Two years later, she joined the staff of WHYY-FM in Philadelphia as producer and host of “Fresh Air,” then a local, daily interview and music program.

In 1985, WHYY-FM launched a weekly half-hour edition of “Fresh Air with Terry Gross,” which was distributed nationally by NPR.

Since 1987, a daily, one-hour national edition of “Fresh Air” has been produced by WHYY-FM. The program became the first non-drive-time show in public radio history to reach more than 5 million listeners each week in fall 2008, a presidential election season. The series previously won a 1993 Peabody Award.

The Career Achievement Award will be announced on May 19 and the 30 winners of the Peabody Awards will be named during a multi-day virtual celebration from June 6-30.