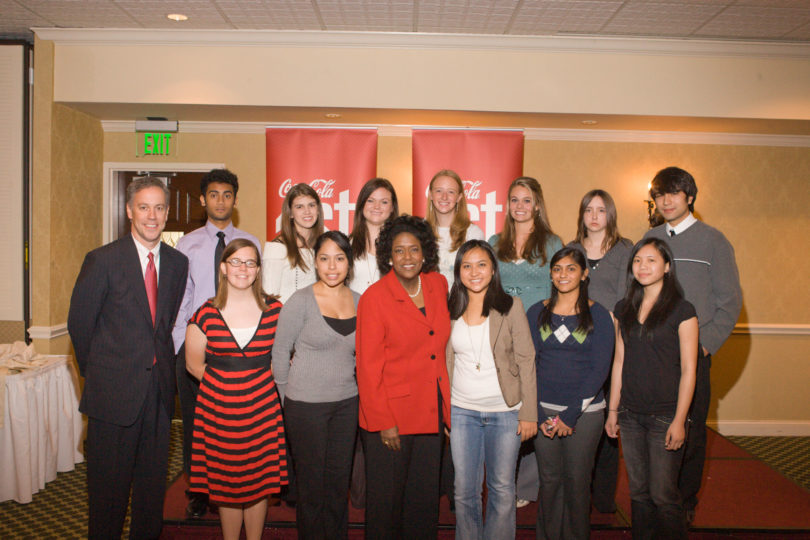 All traditions start somewhere, and UGA and the Coca-Cola Co. are hoping that 12 new traditions began at the start of this semester.

A group of First Generation Scholars, 12 students who are the first in their families to attend college, was recognized at a luncheon Oct. 30 held in their honor.
The scholarships, presented by Coca-Cola, give the students $5,000 a year for four years as long as they meet certain academic requirements, which include maintaining a 2.8 GPA their first year, and a 3.0 GPA each following year.

“For each of us who is a first-generation college attendant, as was I, these opportunities mean a great deal,” UGA President Michael F. Adams said at the luncheon. “I think it’s only fitting that one of the greatest companies in Georgia has partnered with the state’s flagship university to do this.”

The scholarships will fund 50 students over several years thanks to a $1 million gift Coca-Cola donated to the university. The ceremony recognized the first group of students from UGA who have received the scholarship.

“It’s never too early to start thinking about your own legacy. Imagine if you touch the lives of people throughout your lifetime, what an impact that would have,” he said. “You had the skills, but lacked the opportunity, so now, I ask you to find someone like you and help them out.”

Megan Aunchman, a first-year student majoring in biological sciences, spoke on behalf of the group and said she always wanted the kind of life that a college education can provide.

“Money wasn’t something that came easy in the house where I grew up,” she said. “This [scholarship] has allowed me to focus on my education and not worry about financial issues.”