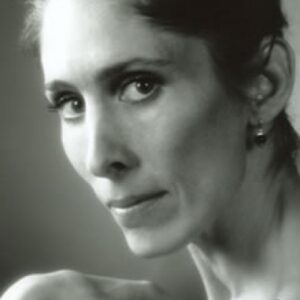 Lisa A. Fusillo, professor of dance in the Franklin College of Arts and Sciences, has been selected by The Honor Society of Phi Kappa Phi—the nation’s oldest and most selective all-discipline collegiate honor society—as the 2020-2022 Phi Kappa Phi Artist. Fusillo received the award for her career accomplishments as a professor, dancer and choreographer, and her scholarly accomplishments.

Fusillo’s career as a performing artist and scholar spans more than 45 years. During this time, her contribution to the dance community has combined teaching, both scholarly and creative research, service, and administrative roles. Her strong reputation in the dance arena was earned both in the United States and internationally, in France, Germany, Switzerland, Austria, Italy, England, Belgium, Scotland, the Netherlands, Taiwan and Thailand, in particular for creative practice in choreography. Most notably, she choreographed the highly successful UGA theatre department musicals Cabaret, Spring Awakening and Sweeney Todd.

“The Phi Kappa Phi Artist Award recognizes Lisa Fusillo’s many contributions to choreography and dance over a long and remarkable career of teaching, scholarship and service to the academy,” said Society Executive Director Mary Todd.

A leader both on and off campus, Fusillo has received a number of honors both nationally and internationally including a Fulbright Scholar and fellowships from the Earth Watch Foundation, the UGA Leadership Institute, ASPIRE, the UGA Willson Center for Humanities and Arts Research, the UGA Alumni Association and the UGA Libraries Special Collections Library Faculty. In addition, she has won four National Endowment for the Arts grants and in 2020 was named the UGA Foundation Professor in the Arts.

Fusillo’s work and scholarly research focused on the Ballets Russes era, specifically the work of Léonide Massine, has granted her invitations to present her research on Massine at conferences around the world.

Fusillo received her doctorate from Texas Woman’s University in 1982.

First presented in 1983, the Phi Kappa Phi Artist Award recognizes the achievements of those who, in addition to their outstanding scholarship, have displayed talents in the broad realm of the arts—creative, graphic, performing, visual and fine arts. The award is awarded once every two years.