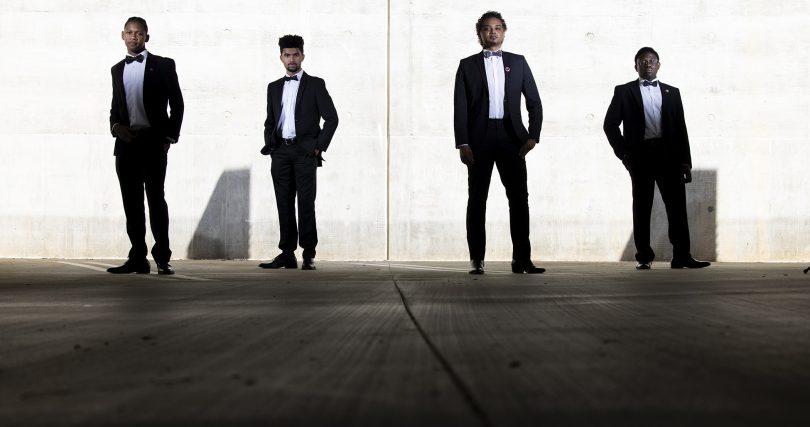 Nick Jackson came out of quarantine with a new perspective on his personal and professional goals, thanks to support from the Georgia African American Male Experience.

As a second-year music major, Jackson saw how COVID-19 affected the music industry and wondered whether he should pursue a more technical degree. For guidance, he turned to Marques Dexter, assistant director of student initiatives and UGA’s GAAME program.

“I look up to Marques as a mentor more than anything,” Jackson said. “The music industry was declining quickly, and I knew I wanted stability after graduation. He offered a lot of advice and was very supportive.”

Jackson met Dexter when he joined GAAME in October 2020. While Dexter doesn’t have personal experience in the music industry, he was able to provide guidance after several one-on-one discussions with Jackson, and connected him with advisors in the Exploratory Center and Interdisciplinary Studies. Equipped with new perspectives and information, Jackson felt empowered to switch to computer science with a certificate in music business.

“GAAME offers a unique type of support that Black males need on campus, and that’s really important,” he said.

The evolution of GAAME

What started in 2014 as a two-day transition program upon acceptance to UGA has grown into a multifaceted initiative that centers on the needs of Black male students, supporting and improving retention and graduation rates.

Originally focused on encouraging students to attend UGA through GAAME Weekend, the program expanded to offer more dynamic support during the 2018-19 academic year. GAAME has directly served more than 50 students in the 2020-21 academic year, and more than 200 students since its inception, offering academic skill enrichment, student support services, mentoring and leadership development.

“After attending GAAME Weekend, I fell in love with UGA,” said Obamide Samaye, a second-year economics major. “My interactions with people like the GAAME ambassadors were so supportive and open.”

During the event, Samaye also had lunch with President Jere W. Morehead, where he discussed his interest in the Terry College of Business and other opportunities at the university.

“Having lunch with President Morehead and learning more about what I could do with my major is something I won’t ever forget. It was a genuine conversation, and it made me realize there are definitely resources for me at UGA,” Samaye said. To connect students within this network of support, the program partners with units across campus, including Admissions, Student Affairs, the Career Center and the Division of Academic Enhancement.

“GAAME provides an opportunity for students to find community within their community,” Dexter said. “The resources at UGA are extensive. This allows us to focus on them as individuals, helping them develop into the leaders they see themselves to be and not to fit a mold.”

For Samuel Marks, that community has made all the difference. As a first-generation intended-law student, Marks relied on GAAME during his college transition.

“My high school was majority minority, so I was coming to a space that I wasn’t really familiar being in,” he said. 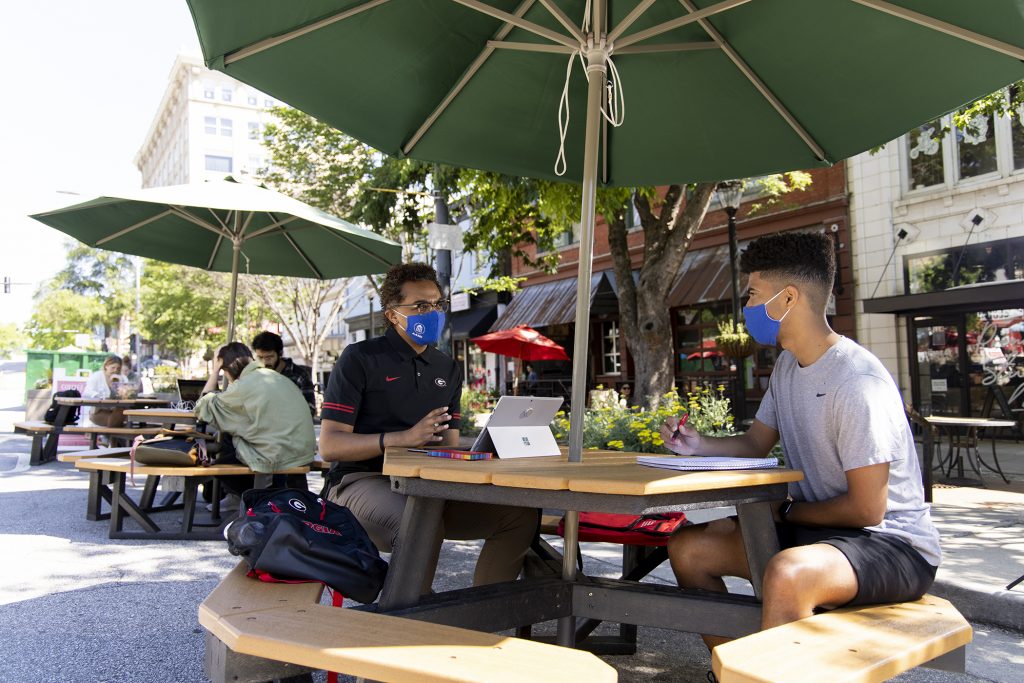 Throughout the semester, Marks and other first-year GAAME students discussed how to succeed academically, what challenges they may face and how current events relate to their on-campus experiences.

Not only has the program helped Marks feel more comfortable and included in the university community, it’s also encouraged him to share that message with others.

“You might have to speak out more, or you might be the only person who looks like you in a class, but don’t let that intimidate you,” Marks said. “You’re on this campus for a reason, and you’re opening up a place for future generations to be on campus.”

GAAME is part of the University System of Georgia’s African-American Male Initiative, a project launched in 2002 by the Board of Regents to increase the number of African American males who complete postsecondary education. GAAME program participants generally retain at a higher rate and often maintain higher GPAs than their peers.

For Jackson, GAAME is about more than academic success.

“It’s all about the journey,” he said. “Whether it’s a professional workshop, one-on-one conversations or tutoring sessions, I get something out of it every single time.”