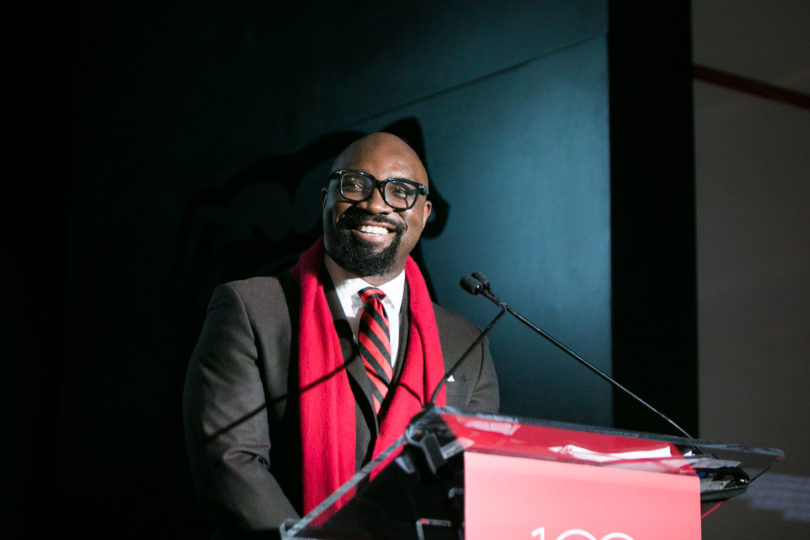 Imagine what would happen if we retrained our brains to focus less on the inconveniences of a problem and more on its possible solutions.

That’s exactly what George Azih BBA ’03 did when tasked with addressing a Fortune 500 company’s failed audit. “As I looked around for lease accounting software to tackle the project, I realized there was none,” Azih says. His determination to find a solution sparked the creation of LeaseQuery and set Azih on an entrepreneurial journey.

Azih envisioned a product to help accountants manage their company’s leasing financial information easily and virtually error-free, ensuring compliance with new standards. He undertook a year and a half of research before the first line of code was ever written. And three years after conceptualizing LeaseQuery, Azih received his first check. “It was hard work, but I was obsessed with solving the problem,” he says.

Azih realized early on that starting a business begins with determination, but growing a business requires support. “My tie to the product is on a very emotional level,” says Azih. “At that point, I needed people to use the software.”

His team included a mix of new faces and old friends. Chris Ramsey BS ’05, Azih’s roommate at UGA, joined the company in its infancy and helped build out a sales team. “If I hadn’t gone to UGA and met Chris, odds are, LeaseQuery wouldn’t exist, at least in this form.” With over 10,000 accountants now using LeaseQuery software nationally, the business is on track to double in size this year.

That tremendous popularity is one of the reasons why, in February, LeaseQuery was named Bulldog 100’s fastest-growing business owned or operated by a UGA alumnus. “Everyone’s job here is important,” says Azih. “From Chris to all the executives to the people that make the company go every day. Everyone rows the boat. That’s the kind of culture we’re trying to build here.”

Azih’s drive is fueled by his passion, not the rewards. “But without UGA, we wouldn’t be here,” he says. “The Bulldog 100 was like coming home.”

Azih encourages aspiring entrepreneurs to consider what motivates them.

“A lot of people say they want to build a company, and that’s their starting point,” he says. “But I think you should find a problem that you are obsessed with solving and then find your solution. It’s a lot easier to give up when it’s not an obsession for you.”