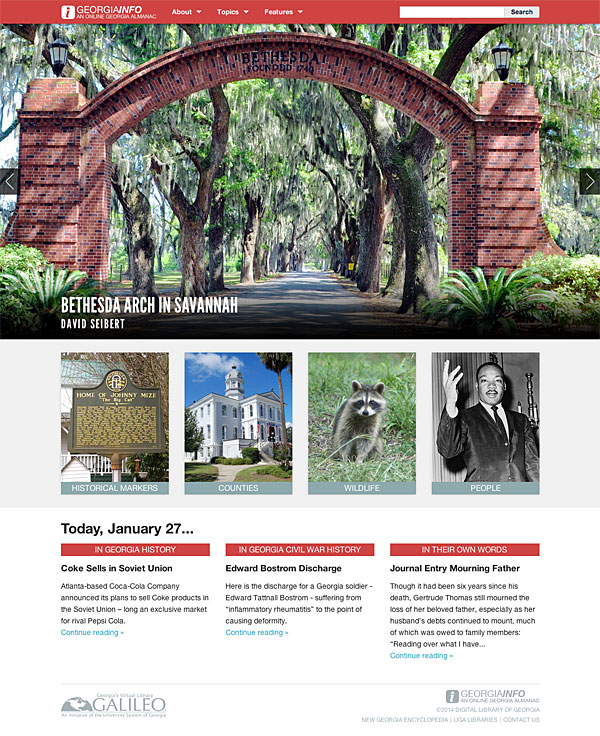 GeorgiaInfo, the state’s online almanac based at UGA, has launched a redesigned site. The site is now able to offer details about Georgia history, maps, wildlife and people on multiple platforms such as computers, laptops, tablets and phones.

GeorgiaInfo is part of the Digital Library of Georgia and is hosted by GALILEO and UGA Libraries. GeorgiaInfo was created in 1996 by UGA’s Carl Vinson Institute of Government.

In 2008, the site became a part of the Digital Library of Georgia and GALILEO, the state’s virtual library.