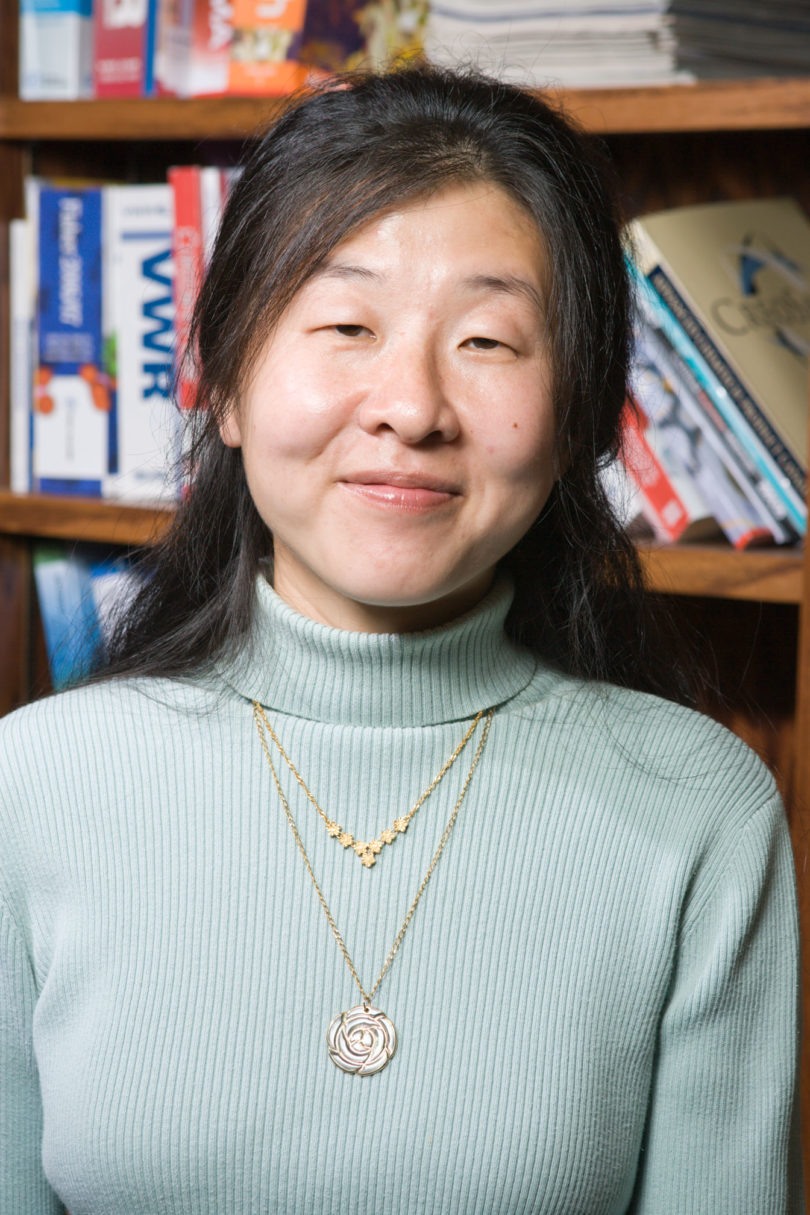 They each will receive $50,000 in funding annually for five years to support their research efforts, for a total commitment of $750,000. The coalition selects as scholars scientists engaged in the most promising areas of cancer research who also can strengthen the state’s research talent, capacity, infrastructure and funding.

“These gratifying awards ­represent the latest evidence of the continuing growth and excellence of the university’s cancer research programs,” said David Lee, UGA vice president for research. “UGA has the faculty and the unique resources to make a substantial difference in the fight against cancer, and leveraging these assets through enhanced development of the UGA Cancer Center has been an important initiative for OVPR. We are grateful to the Georgia Cancer Coalition and its supporters for this recognition and encouragement.”

Arnold is an assistant professor in the College of Pharmacy’s ­department of pharmaceutical and biomedical sciences. He was recruited in 2005 from the University at Buffalo, State University of New York, where he completed his Ph.D. in pharmaceutical sciences. He completed a joint postdoctoral fellowship at Roswell Park Cancer Institute and UB, where he currently is appointed research scientist. His interests are in developing novel nanoparticulate drug carriers and delivery strategies that improve cancer therapy and limit toxicity.

Geng, an assistant professor in the department of chemistry, was recruited from the University of Pennsylvania, where she was a postdoctoral research fellow. Her past research has been on developing novel drug delivery systems for cancer chemotherapy that are stable, nontoxic, controlled in release and with enough drug capacity and circulation to reach the tumor. Her lab at UGA is focused on developing safe and efficient gene delivery vectors to help fulfill the potential of gene therapy in cancer prevention and treatment. She already has many publications in top scientific journals and two patents to her credit.

Wang, an assistant professor in the department of biochemistry and molecular biology, is a member of UGA’s Complex Carbohydrate Research Center. He was recruited in 2006 from the University of California, San Diego. He earned his medical degree at Heidelberg University in Germany and his M.Sc. at Hunan Medical University in China, where he graduated in the top 1 percent of his class. His research focuses on the role of heparan sulfate in prostate cancer: at its onset, during progression and metastasis. The goal of this study is to develop effective therapeutic interventions for the second most common cause of cancer-related deaths in men.

Since its inception in 2001, the Georgia Cancer Coalition has named 113 Distinguished Scholars. Ten have been named from UGA.

“The scholar funding is an investment not only in Georgia’s future as a national leader in cancer control, but also is valuable in attracting increased funding to Georgia for cancer research,” said Bill Todd, president and chief executive officer of the Georgia Cancer Coalition.

The review committee examines the scholars’ history of grants, publications and patents, and considers the researchers’ potential for attracting future funding. In fiscal year 2007, Georgia Cancer Coalition Distinguished Scholars were responsible for bringing $47 million in privately and federally funded research grants into the state of Georgia.

UGA matches the coalition’s investment, with the goal of strengthening the state’s research talent, capacity and infrastructure.

Selection is based on how the applicant’s research relates to the goals of the coalition, the research priorities of the National Cancer Institute and the strategic plan of the sponsoring institution. Each application is reviewed by both an external scientific review committee and an advisory review committee, appointed by the coalition in cooperation with Georgia’s research universities. Members rank scholars according to predetermined scientific and technical criteria.

“The National Cancer Institute has identified areas of discovery that hold promise for making significant progress against all cancers,” said Todd. “The Distinguished Cancer Clinicians and Scientists Program is the cornerstone of the Georgia Cancer Coalition’s efforts to advance scientific discovery into the prevention, treatment, causes and cures of cancer. These scientists play an important role in positioning Georgia as a national leader in cancer research.”