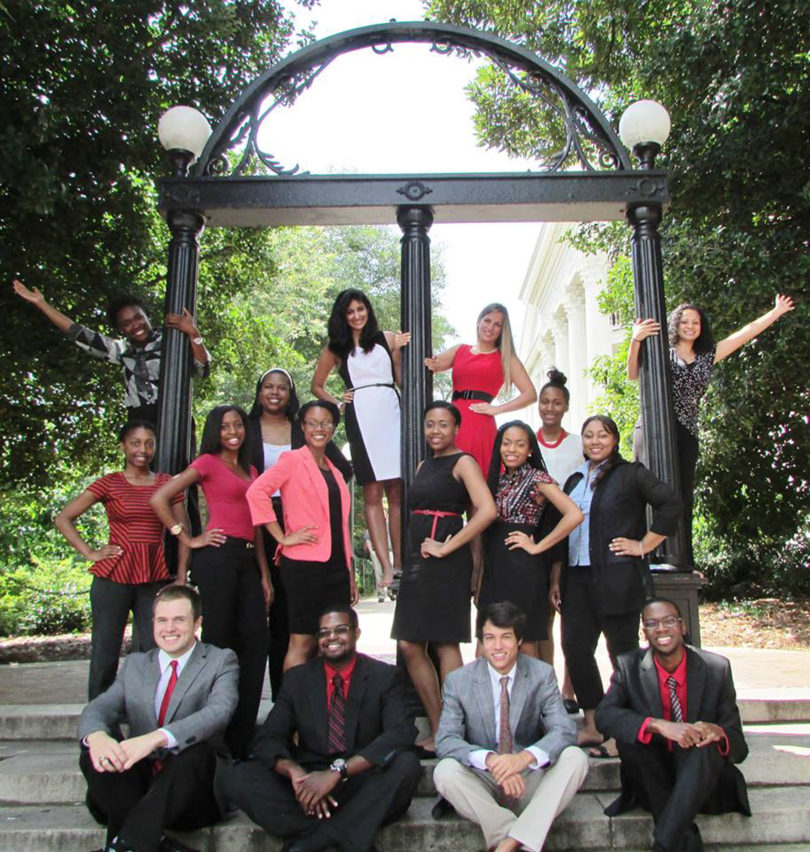 In fall 2012, the Georgia College Advising Corps sent four recent graduates to high schools in disadvantaged Georgia communities to advise students on preparing for college. A year later, 12 more advisers have joined them courtesy of a $1 million grant from the Robert W. Woodruff Foundation.

The program, which was launched in 2008 and is sponsored by UGA’s Institute of Higher Education, sends recent college graduates on a two-year commitment to serve as college advisers in 17 Georgia high schools.

“Increasing the proportion of Georgians who attend and complete college is vital to the prosperity of this state,” said Libby V. Morris, interim senior vice president for academic affairs and provost. “The support of our donors, the dedication of our advisers and the determination of the students they serve is helping us realize that goal.”

In Georgia, the average ratio of high school students to ­guidance counselors is more than 400 students for every counselor. In some low-income areas the student-to-counselor ratio is even higher. The American School Counselor Association recommends one counselor for every 250 students, and the advising corps can help achieve that benchmark, according to Yarbrah Peeples, program director for the Georgia College Advising Corps.

Whereas a guidance counselor is trained to deal with the mental and emotional health of students, the advisers are trained to deal exclusively with preparing students for college. This can include anything from helping them register for the SAT and ACT to finding scholarships and advising them on what colleges look for in an application essay. Their work also frees up time for guidance counselors to focus on the mental and emotional well-being of their students.

GCAC advisers have found that it’s not always a lack of effort in school that keeps students from going to college. Often, it’s a lack of information and guidance on how to prepare and apply for college.

“A lot of times people think that kids don’t want to go to college. I’ve found that a lot of students just don’t know anything about it,” said adviser Lawrence Harris, just minutes after leaving a college fair he helped arrange that saw seven Clarke Central students get accepted to college on the spot.

GCAC advisers served more than 6,000 students last academic year. Advisers also led more than 400 students on college tours, assisted with more than 640 college applications and helped more than 270 students register for the SAT. These are all fundamental parts of the college-going process, and these numbers were achieved by only four advisers.

Salem High School in Conyers was one of the schools included in the expansion, and first-year adviser Christopher Farr already has started to settle into the new surroundings. Although only on the job for a few weeks, Farr, a recent political science graduate, already has met with more than 50 students and is leaning toward pursuing a career in education after his two-year commitment ends.

“As a college adviser, I see many students who don’t realize the opportunity that comes from a college education,” Farr said. “By working in education, I could see myself making an impact not only upon today’s students, but also upon the students’ future families.”

Aside from the obvious advantage of having more advisers in more schools, the expansion also has benefited the program by giving it increased exposure.

Of the 13 schools that have been added to the program, seven are Atlanta Public Schools, and the remaining six are located within 30 miles of the city.

Additional supporters of the GCAC ­include the Watson-Brown Foundation, AmeriCorps, AT&T, Bank of America and the John and Mary Franklin Foundation.