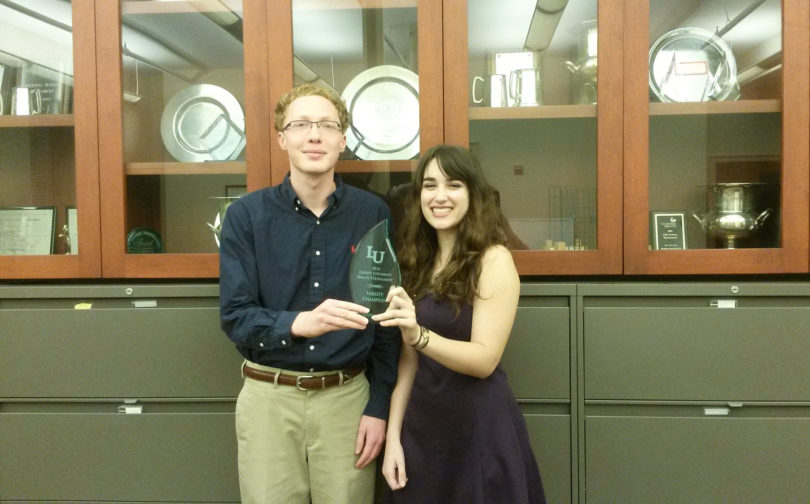 The two-person UGA team-Amy Feinberg of Canton, an international affairs and public relations major, and Tucker Boyce of Alpharetta, an economics major-emerged victorious, compiling a 9-1 record overall. Feinberg and Boyce defeated teams from Florida, Wake Forest and Georgetown on their way to victory. Feinberg also was recognized as the sixth best speaker at the tournament.

This was Feinberg and Boyce’s fourth tournament of the season. They have compiled an overall record of 23-12. Their next tournament will be at Wake Forest University, typically the largest intercollegiate debate competition of the fall semester.

“It was great to see Amy and Tucker win a tournament that attracted some of the best debate programs on the East Coast,” said Edward Panetta, professor of communication studies and director of the Georgia Debate Union. “They have worked hard with their coaches since early August, and it paid off with a string of solid victories.

“Any time a team wins nine of 10 debates at one tournament, it is a significant accomplishment.”

For more information on the Georgia Debate Union, see www.georgiadebate.org.