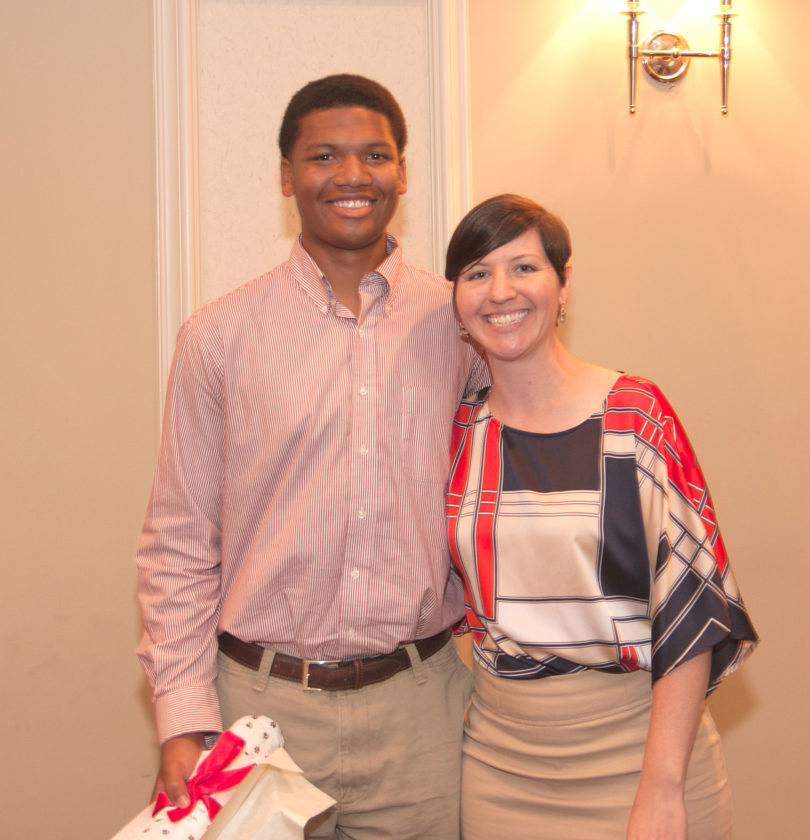 Athens, Ga. – Athens resident Chad Rhym, a junior at Clarke Central High School, was chosen by his teacher and fellow students as the “victor” of the 2013 Georgia Journalism Academy, which was held June 9-15 by the University of Georgia Grady College of Journalism and Mass Communication.

“I love being able to tell people’s stories through writing and photography,” said Rhym, who was enrolled in the camp’s photojournalism class. “It’s so nice to come to a camp where I can do what I love and meet new people who share my interests.”

“The journalism academy is the best single source for attracting talent to this college,” said Grady College Dean E. Culpepper Clark. “It has been a great opportunity for us to engage students who are interested in our disciplines.”

Teachers of the core classes-comprised of Grady faculty, graduate students and alumni-nominated one student as their class “tribute,” essentially the top student in their class. From the seven tributes, academy students voted Rhym as the camp “victor.”

“Chad is the kind of student you hope for in class-a hard worker who is a joy to be around,” said Sue Myers Smith, photojournalism instructor for the camp. “He was engaged in the class from day one, and was interested in shooting a variety of subjects.”

Stories and photos by students are published on www.the13thdistrict.org, the news website produced by students. “The Grady Games Report,” the TV news show produced by broadcast students, and the ad campaign for Le Whif, developed by the advertising class, can also be viewed online.

UGA Grady College
Established in 1915, the UGA Grady College of Journalism and Mass Communication offers undergraduate majors in journalism, advertising, public relations, digital and broadcast journalism and mass media arts. The college offers two graduate degrees and is home to the Knight Chair in Health and Medical Journalism and the Peabody Awards, internationally recognized as one of the most prestigious prizes for excellence in electronic media. For more information, see www.grady.uga.edu or follow @UGAGrady on Twitter.