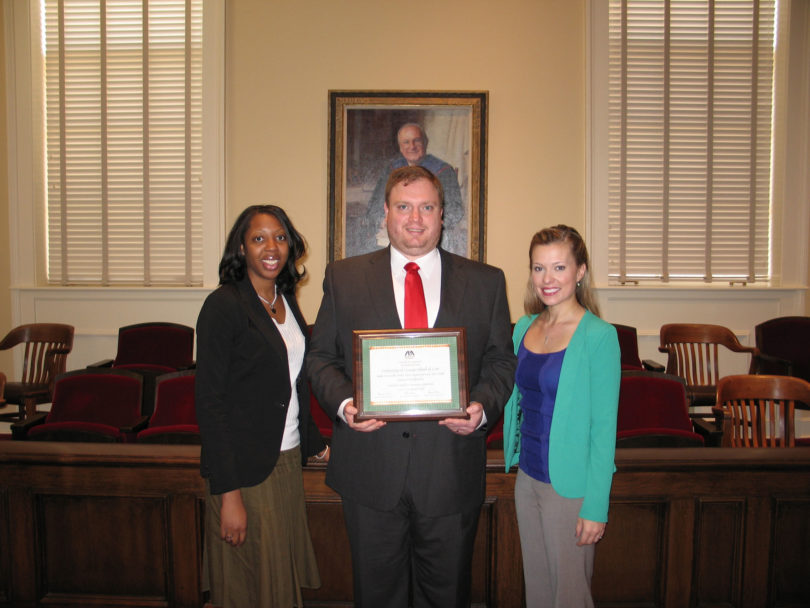 The national round of the ABA tournament was recently held in Chicago, Ill., and featured more than 200 teams from law schools across the nation. Representing Georgia Law and earning the title of semifinalists were second-year law students Emily A. Cook, Nneka A. Egwuatu and Rory A. Weeks. The trio was undefeated during the regional rounds of the competition and advanced to the national tier. Third-year law students Lennon B. Haas and Rachael D. Ivey coached the Georgia Law team.

Finishing ninth in the world at this year’s Vis moot competition were third-year law students Melissa L. Bailey, Jennifer L. Case and Hillary L. Chinigo. They competed against a field of more than 280 teams from almost 70 countries in this international tournament and recorded one of the highest finishes out of the 52 teams from the U.S., coming in second to Harvard University. Serving as a coach for the team was Georgia Law Professor Peter B. “Bo” Rutledge.

“Placing this well at both the national and international level is not an easy feat,” Georgia Law Director of Advocacy Kellie Casey said. “I am so proud of our students for the hours of preparation and hard work they put into each competition, and I am thankful for the amazing support system the Georgia Law community has given each of these teams as they prepared to compete. What a great way to finish an amazing advocacy season.”