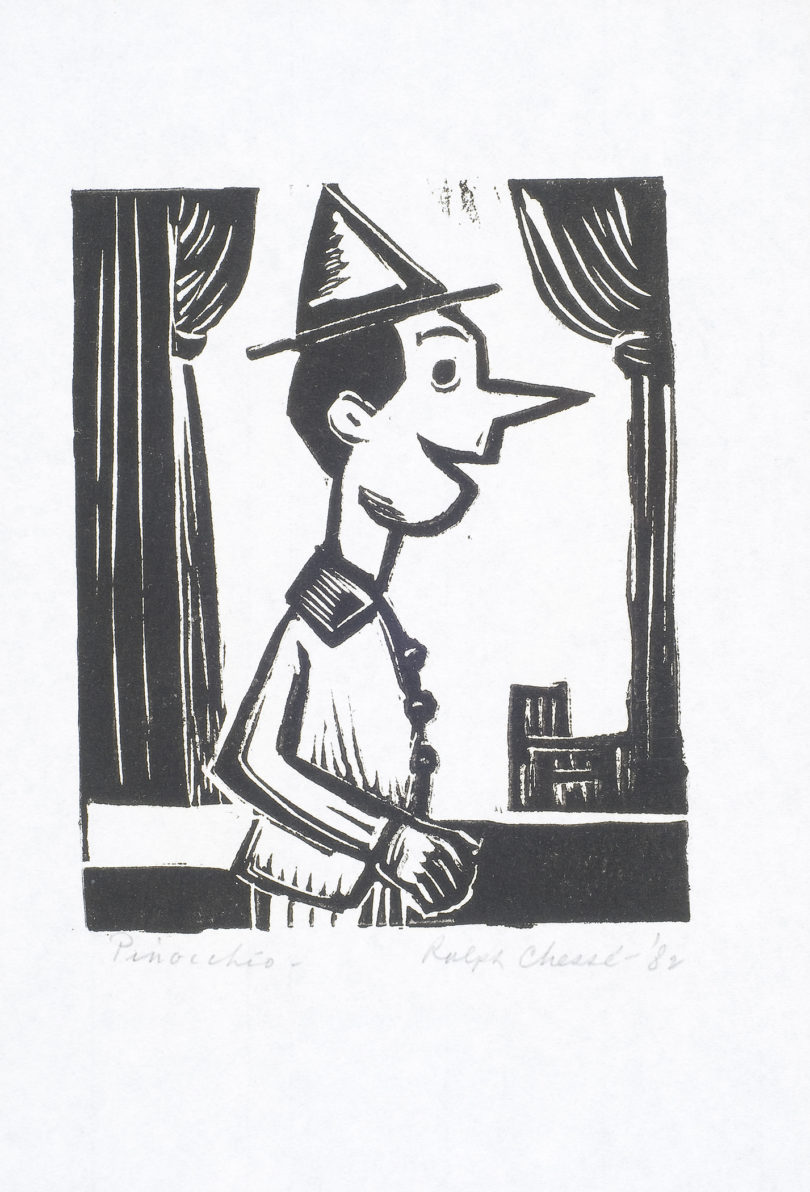 Pinocchio, a linocut on paper by Ralph Chesse

The Georgia Museum of Art at UGA will present a solo exhibition of the work of the late Ralph Chesse July 11 through Oct. 4. Organized by Laura Valeri, the museum’s associate curator of European art, the exhibition will feature paintings, sculptures, puppets and works on paper that span the artist’s long and diverse career.

Born in New Orleans in 1900 to a family of African-American and French Creole ancestry, Chesse attended the Art Institute of Chicago from 1918 to 1919 as his only formal training. Listed as black on his birth certificate, he moved to San Francisco with his family in 1928, where they passed for white. His son Bruce Chesse said that, despite his father’s frequent focus on African-Americans as subjects, it did not occur to later generations of the family to research their heritage until the late 20th century. Because the Chesses emigrated to Louisiana from France in the 18th century, the family considered itself French regardless of at least one instance of cross-racial intermarriage that occurred before the Civil War. Lighter-skinned family members would have had good reason to avoid identifying themselves as African-American in a time of segregation and widespread prejudice.

Ralph Chesse never held a 9-to-5 job, but continued to work on his art and puppetry. Eventually, he created a successful children’s television program, The Wonderful World of Brother Buzz, which ran for 17 years on San Francisco’s KPIX. The success of the show allowed him to travel to Europe, a journey that inspired him visually and motivated him to return to painting.