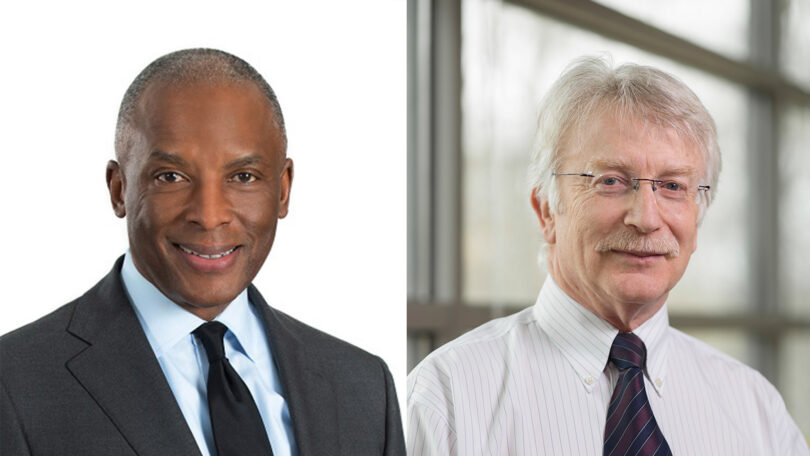 Christopher C. Womack, chairman, president and CEO of Georgia Power, will deliver the fall undergraduate Commencement address at the University of Georgia on Dec. 16 in Stegeman Coliseum. The ceremony will begin at 9:30 a.m., with the graduate ceremony to follow at 2:30 p.m.

Alan Darvill, Regents’ Professor Emeritus of Biochemistry and Molecular Biology and director emeritus of the Complex Carbohydrate Research Center, will deliver the address at the graduate ceremony.

Womack’s career path began on Capitol Hill, where he worked for the U.S. House of Representatives and served as legislative aid for former Congressman Leon E. Panetta. He joined Southern Company, one of the nation’s leading energy providers and parent company for Georgia Power, in 1988, steadily growing in his role and holding leadership positions at the company and its subsidiaries. He most recently served as executive vice president and president of external affairs for Southern Company before being named Georgia Power chairman, president and CEO in 2021.

Womack also is involved in the community, serving as chair of the Alliance to Save Energy board of directors, immediate past chair for the East Lake Foundation board and board member for The First Tee. He previously chaired the Atlanta Convention and Visitors Bureau board and the Atlanta Sports Council.

Womack received his bachelor’s degree from Western Michigan University and master’s degree in public administration from The American University.

Graduate speaker Darvill is internationally recognized for his research on glycoscience, plant biology and physiology. He co-founded the CCRC with Distinguished Professor Emeritus Peter Albersheim in 1985, and though he is retired, Darvill continues to contribute to the research center. Throughout his more than 30 years as a professor and researcher, Darvill has supported many hundreds of undergraduate, master’s and doctoral students and represented the UGA faculty while hosting and visiting thought leaders and politicians.

From 2007 to 2017, Darvill was UGA lead for the Department of Energy-funded BioEnergy Science Center, and he was involved in the formation UGA’s Center for Molecular Medicine. Since 2008, Darvill has served on the board of directors of the University of Georgia Research Foundation. He was elected as a Fellow of the American Association for the Advancement of Science in 2010 and appointed a Senior Fellow of the Georgia Research Alliance in 2021.

Michael Banks, a Jere W. Morehead Honors College student who will receive a bachelor’s degree in journalism and a bachelor’s degree in international affairs, is the undergraduate ceremony’s student speaker. Banks is from Suwanee, Georgia, and completed a certificate in global studies and minors in anthropology and business in addition to his double major.