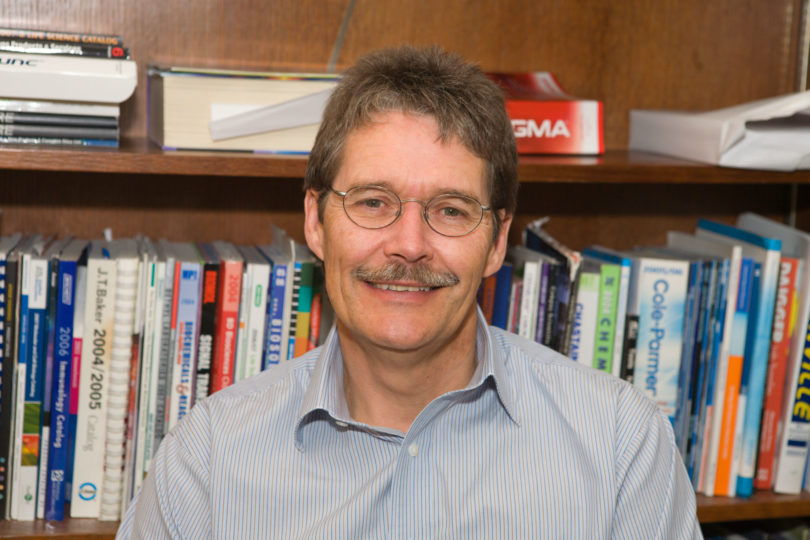 Michael W.W. Adams, Distinguished Research Professor of biochemistry and molecular biology, has been named Georgia Power Professor in biotechnology, pending approval by the University System of Georgia Board of Regents.

Adams follows Lars Ljungdahl, who held the position until his recent retirement.

“I am very honored and very flattered by being named to this prestigious professorship,” said Adams. “This is made all the more special as I will follow in the footsteps of my former colleague, Lars Ljungdahl, someone whom I have known and greatly admired and respected for many years. Lars carried out pioneering research for four decades here at UGA. In fact, Lars was one of the reasons that I came to UGA more than 20 years ago. He has set the bar for the Georgia Power Professorship very high indeed.”

As Georgia Power Professor, Adams will receive a support account for his ­scholarship.

“This professorship is one of the most prestigious at the University of Georgia, and Michael Adams is very deserving of the award,” said Garnett S. Stokes, dean of the Franklin College.

In addition, Adams has been co-director of the Center for Metalloenzyme Studies at UGA since 1996, and he also serves as director of undergraduate studies in biochemistry.

“The history of this professorship makes it a truly special honor,” said Adams. “I would like to express my appreciation to Georgia Power for providing me with this opportunity, as their support makes a very important difference to my overall research program.”

Adams anticipates that there will be many opportunities in the biofuels field in the near future, particularly stemming from the recent establishment of a DOE-funded Bioenergy Center at UGA.