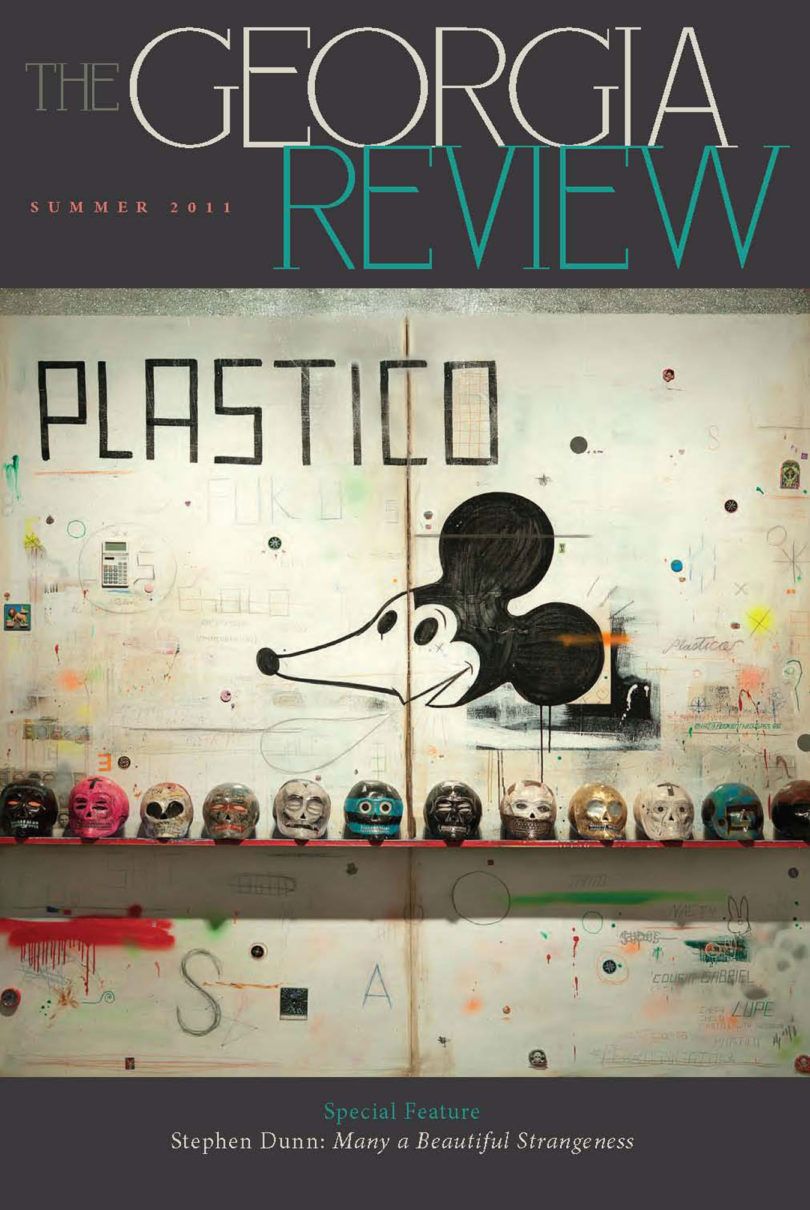 The summer 2011 issue of The Georgia Review was key to the journal's 10 citations at the recent 2012 GAMMA Awards ceremony in Atlanta. The issue's 60-page feature on Pulitzer Prize-winning poet Stephen Dunn took the gold award in the features category

Athens, Ga. – The Georgia Review, the University of Georgia’s internationally recognized quarterly journal of arts and letters, was cited from the podium 10 times at the 2012 Magazine Association of the Southeast’s annual awards ceremony held last week in Atlanta. All awards were for issues published in 2011.

Dubbed GAMMA, or the Georgia Magazine Awards, the program previously recognized publications in the state; however, the program was extended to other magazines in the southeast many years ago.

Panels of judges from across the country gave the Review three gold, two silver and two bronze awards, along with three honorable mentions. Editor Stephen Corey accepted the honors on behalf of the writers and staff of the journal, which has been published continuously at UGA since its founding in 1947.

Most notably, The Georgia Review made a clean sweep in the essays category. Albert Goldbarth’s “A Cave in a Cliff in Scotland” took the gold for its complex study of dual personalities in art and life—with a focus on a young woman named Larona who is a church-going, cookie-baking mom by day and a prostitute by night. Martha G. Wiseman’s “In the Flesh” won the silver for its story of the author’s conflicted growing up under the loving shadow of her godmother, the iconic choreographer and dancer Martha Graham. The recently deceased Harry Crews earned posthumous bronze for “We Are All of Us Passing Through,” a previously unpublished 50-year-old memoir that The Georgia Review’s editors located among his papers housed in UGA’s Hargrett Rare Book and Manuscript Library. Finally, Kent Meyers received honorable mention for “The Makings,” his informative and philosophical report on a boy—himself—who grew up on an isolated farm in the northern Midwest and learned he could make just about anything out of all the castoff stuff lying around the place—from boomerangs, blowguns and bolas to kayaks and crossbows.

The gold award in the features category went to “Stephen Dunn: Many a Beautiful Strangeness” from The Georgia Review’s summer 2011 issue. Comprising some 60 pages, this look at a Pulitzer Prize-winning poet included five new poems, an interview, three critical appreciations by others, photographs and “Brief Answers to Unspoken Questions: An Intraview”—in which, as the title indicates, Dunn provides a series of answers that come unattached to questions.

The third Georgia Review gold was in the series category and went to two Judith Kitchen essay reviews of new poetry collections—four each in “Walking the Line” (summer 2011) and “Tradecraft” (winter 2011). Kitchen has been a regular reviewer of poetry for the journal for more than two decades, offering careful examinations of more than 200 books across some seven hundred Review pages.

The Review’s other silver award was for general excellence, a category in which the publication has won either gold or silver for the past six years.

The second bronze was for best design and honored the spring and summer 2011 issues, while the remaining two honorable mentions came for best single issue (winter 2011) and in profiles for Laura McCullough’s “Between Worlds, Refuge: Stephen Dunn and the Creative Writing Workshop”.