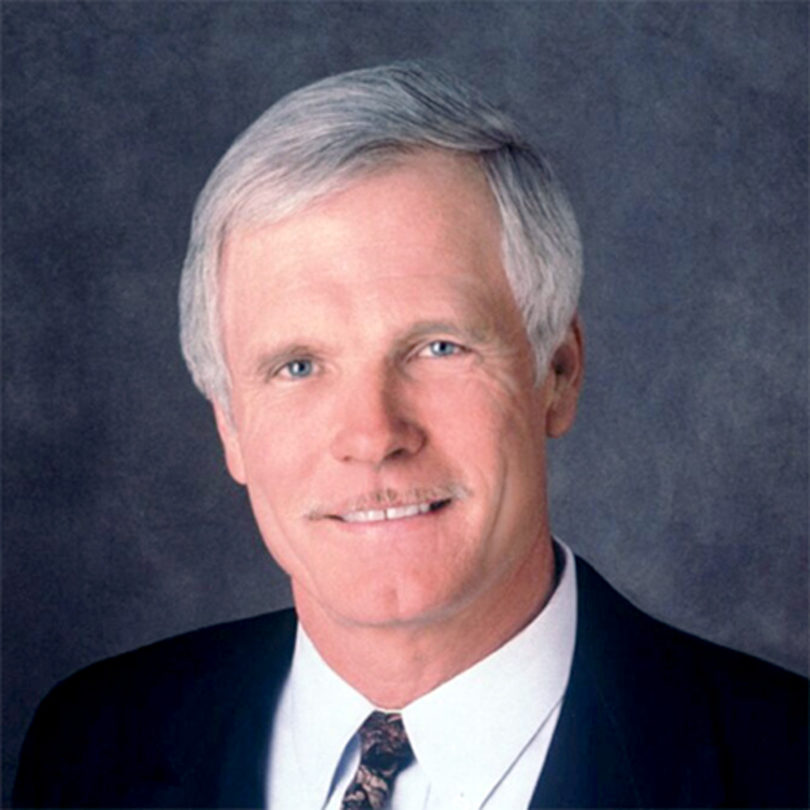 Delta Air Lines and the University of Georgia will present the 2006 Delta Prize for Global Understanding to R. E. (Ted) Turner, founder of Cable News Network in Atlanta on March 28. Turner will be recognized for his creation of CNN and his philanthropic efforts to bring peace and environmental health to our global society.

Established with an $890,000 endowment grant from the Delta Air Lines Foundation, the Delta Prize is administered by UGA. The prize consists of a sculpture and a $10,000 cash award.

“The University of Georgia is committed to improving international understanding and advancing global cooperation,” says UGA President Michael F. Adams. “The Delta Prize recognizes individuals who have made a real difference in the world, and we are grateful to Delta Air Lines for the partnership that makes this award possible.”

“I am very pleased to have been selected to join such a fine group of Delta Prize recipients including President Jimmy Carter, Archbishop Desmond Tutu and former Soviet President Mikhail Gorbachev,” says Turner. “Thank you to the Delta Airlines Foundation and the University of Georgia for this great honor.”

Turner’s achievements on behalf of global understanding are many. He inaugurated CNN in 1980, CNN Headline News in 1982, CNN International in 1985 and CNN en Español in 1997.

Turner directs the Turner Foundation Inc., the United Nations Foundation and the Nuclear Threat Initiative. The Turner Foundation Inc. supports clean water and toxic reduction; clean air through improved energy efficiency and renewables; wildlife habitat protection; and the development of equitable practices and policies designed to reduce population growth rates. The United Nations Foundation works with the United Nations to address the problems impacting the global community through its grant-making in areas such as prevention of the spread of HIV/AIDS, environmental conservation, empowerment of adolescent girls and the prevention of deadly conflict. The Nuclear Threat Initiative, which Turner co-chairs with former U.S. Sen. Sam Nunn, works to decrease the worldwide threat from nuclear, chemical and ­biological weapons.

“Ted Turner is, indeed, a global citizen with a global view,” says Gerald Grinstein, chief executive officer of Delta Air Lines. “From his innovative concept of news without borders to his legendary philanthropy and commitment to the environment, he offers a vision of mutual understanding and concern in an increasingly fractious world.”

Gary Bertsch, director of UGA’s Center for International Trade and Security, and Betty Jean Craige, director of the university’s Willson Center for Humanities and Arts, will host the ceremony. The two co-founded the Delta Prize in 1997.

Selected UGA students research the work of the nominees and prepare information for the Delta Prize board, which meets annually to choose the recipient.