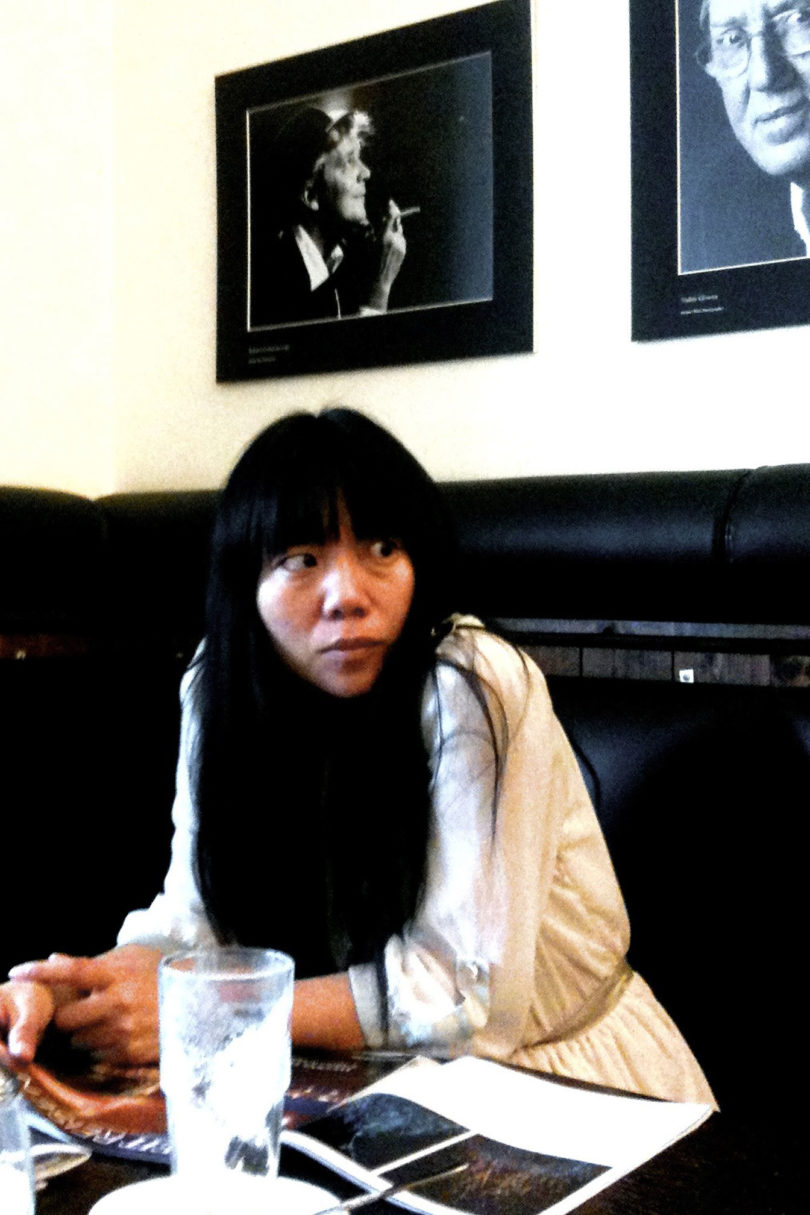 Author and filmmaker Xiaolu Guo will discuss her work Feb. 27-28 on the UGA campus as part of the 2014 Global Georgia Initiative.

Athens, Ga. – Acclaimed author and filmmaker Xiaolu Guo will visit Athens and the University of Georgia Feb. 27-28 to present a screening and discussion of her film, “UFO in Her Eyes,” as well as a public lecture and conversation about her writing and films. The events are part of the 2014 Global Georgia Initiative, a program of the Jane and Harry Willson Center for Humanities and Arts.

The screening of the 2011 film will take place Feb. 27 at 7 p.m. at Ciné, 234 W. Hancock Ave. After the film, Guo will participate in a discussion with Antje Ascheid, associate professor in the UGA department of theatre and film studies and Willson Center associate academic director for arts and public programs, and Andrew Zawacki, associate professor of English and director of the UGA creative writing program. A public reception in the CinéLab will follow the screening and discussion.

On Feb. 28 at 4 p.m. in Room 148 of the Zell B. Miller Learning Center, Guo will give an interactive talk entitled “Beyond Chinamerica,” moderated by Karin Myhre, associate professor of comparative literature.

“My novels and films are mainly to do with a new generation of Chinese in the West, who discover the idea of freedom and individuality,” Guo said. “But their journey to the West is very much a journey towards an American way of life, which generates personal pain and cultural confusion and loss.”

Guo has directed 11 fiction features and documentaries over the past decade. “UFO in Her Eyes,” based on her 2009 novel of the same name, is a metaphorical satire that chronicles the rapid, surreal transformation of a rural Chinese village in the aftermath of an alleged UFO sighting. The film was named a “Critic’s Pick” by The New York Times, which called it “a political fable in which Mao Zedong’s ideals of enforced collectivization, when applied to Chinese capitalism, wreak havoc once the initial euphoria subsides.”

A prolific and internationally renowned author, Guo was included in Granta’s 2013 “Best of Young British Novelists.” She writes in both English and Chinese, and her novels, short stories, film scripts and essays have been translated into more than 20 languages. Her novel “A Concise Chinese-English Dictionary for Lovers” (2007) was called “funny, childlike, and wise all at once” by the Los Angeles Times, and the Chicago Sun-Times wrote that her novel “Twenty Fragments of a Ravenous Youth” (2008) “resembles a Chekhov story in containing, under its brief, chatty surface, an enormous world.” Her new novel, “I Am China,” will be published in the United States by Nan Talese/Doubleday in September.