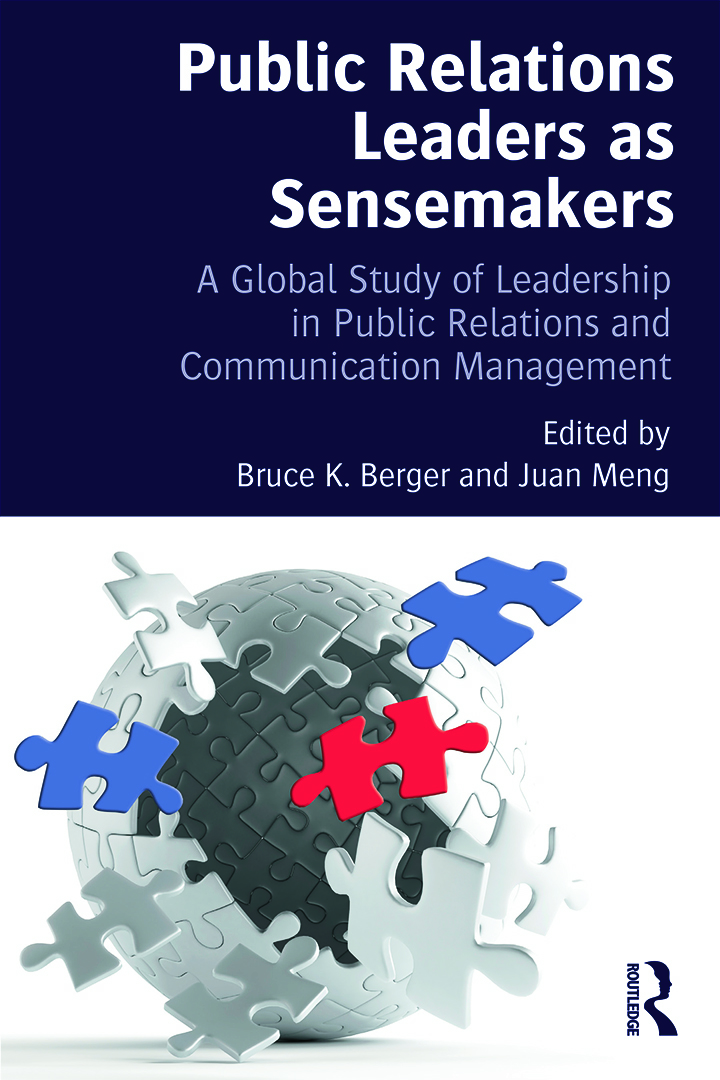 Athens, Ga. – According to a new global public relations study, communications professionals around the world face similar challenges and issues in practice amid the rapid growth of the industry.

The research findings are detailed in the new book “Public Relations Leaders as Sensemakers,” co-edited by Juan Meng, assistant professor of public relations in the University of Georgia Grady College of Journalism and Mass Communication

The three-year global study of public relations leadership-the largest-ever of its kind-was sponsored by the Heyman Associates, IBM Corporation and the Plank Center for Leadership in Public Relations at the University of Alabama. It involved 28 international academics, who translated and distributed online surveys consisting of 58 questions in nine languages to more than 4,500 communication professionals in 23 countries and regions. The international research team also conducted 137 in-depth interviews with public relations leaders in their respective countries, which included Brazil, Chinese-speaking countries, German-speaking countries, India, Spain, the United Kingdom and the U.S., among others.

The primary goal of the global study was to investigate how key issues affect public relations practice and how essential leadership skills help communication professionals manage those issues, said Meng.

Despite varying levels of public relations development and education, practitioners throughout the world shared similar comments and feedback on critical issues, she said.

“They all believe crisis is something they want to manage more effectively. They all believe social media changes the way the profession needs to be more proactive, even compared to a few years ago,” Meng said. “They all feel challenged to recruit and to retain highly qualified professionals and to keep up with the pace of the profession.”

“That’s one thing we’re very happy to see confirmed across different cultures and countries,” Meng said. “If we can think about integrating those dimensions into curriculum for public relations majors, when they graduate they’ll probably feel more confident when different issues come up.”

Though the study’s findings showed similarities among public relations practitioners across cultures, researchers also observed fluctuations in approaches to education and professional advancement that can be attributed to features unique to certain countries.

Public relations professionals in the emergent countries of Brazil, India, Russia and China, for example, reported challenges with employing and keeping young talent.

“Because the profession there has developed so fast, young professionals get to move on quickly-jumping from one organization to another-to get raises and promotions,” Meng said. Employers wonder how they can do a better job of offering young employees in-house advancement opportunities, she added.

Transparency in communications is yet another issue facing countries in which public relations is a developing field, according to Meng.

Meng and fellow research partners hope to replicate the study in other countries to continue to test the integrated theory of public relations leadership with a focus on how to develop future leaders.

“If the leadership model theory can be applied to different situations and different cultures and societies, it is a solid theory that we can think about adding to public relations research and education,” she said. “That would be a really significant contribution.”