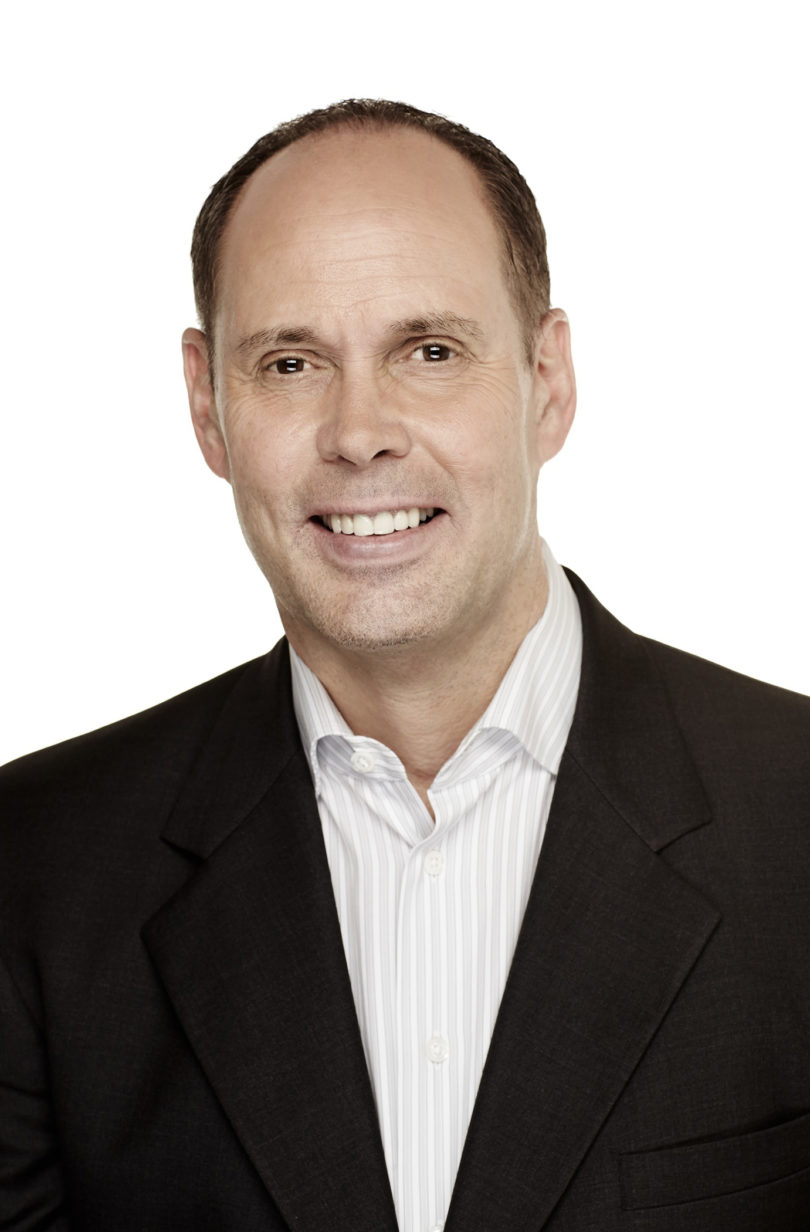 Athens, Ga. – For demonstrated excellence throughout their distinguished careers, four graduates of the University of Georgia Grady College of Journalism and Mass Communication have been named 2016 Alumni Award winners.

Ernie Johnson Jr., a 1978 graduate, receives the John Holliman Jr. Lifetime Achievement Award; Michael Abramowitz, a 1990 graduate, is honored with the Henry W. Grady Mid-Career Alumni Award; Maria Taylor, a 2009 graduate, is awarded the John E. Drewry Young Alumni Award; and Eric Haley, a 1987, 1989 and 1992 graduate, receives the Distinguished Alumni Scholar Award. They will be recognized at “Grady Salutes: A Celebration of Achievement, Commitment and Leadership” on May 6 at 6 p.m. at the UGA Conference Center and Hotel.

“This year’s recipients of the Grady Alumni Awards signify the best and the brightest of an impressive group of active, involved alums,” said Charles N. Davis, dean of the Grady College. “We’re so excited to see the winners and their alumni friends at this year’s Grady Salutes celebration, where we honor all of our alumni in a sparkling tribute. With more than 22,000 alumni worldwide, Grady pride runs stronger then ever.”

Johnson began his career at WMAZ in Macon and held positions in Spartanburg, S.C., and Atlanta before joining Turner Sports. He has received numerous awards for his work, including three sports Emmys for Best Studio Host. He is active in the Muscular Dystrophy Association. In 2007, he was the first recipient of Athletes in Action’s John Wooden Keys to Life Award, which honors people for such qualities as faith, integrity and character.

Michael Abramowitz, recipient of the Henry W. Grady Mid-Career Alumni Award, is the public relations manager for the PGA of America’s membership. He is responsible for media relations and also currently handles corporate communications writing for the PGA’s board of directors and executive staff for speeches, press conferences, media interviews and events, such as the PGA Merchandise Show, PGA Championship, Ryder Cup and PGA annual meeting.

Abramowitz spent five years at CNN Headline News as an editor, where he created “Play of the Day” and “Sports Trivia” for Headline News and CNN Airport Network; served as coordinating producer of the organization’s 1994 Winter Olympics coverage; and worked as a video editor for the O.J. Simpson trial. In 1996, Abramowitz served as swimming venue press chief for the Paralympic Games, handling the worldwide media coverage.

Maria Taylor, recipient of the John E. Drewry Young Alumni Award, is a college analyst and reporter across ESPN’s networks. She serves as a studio host, sideline reporter and volleyball/basketball analyst for the SEC Network.

Prior to joining ESPN, Taylor was a reporter, host and analyst for IMG College at the University of Georgia. During that time, she also freelanced at Comcast Sports South as a Georgia high school and SEC football sideline reporter and contributed to studio shows including “The Dawg Report,” “SEC Men’s Basketball Tonight” and “SportsNite.” Taylor has also worked as a freelance women’s basketball analyst for Fox Sports South, Raycom Sports, Turner Sports and the ACC Digital Network.

Eric Haley, who received a bachelor’s, master’s and doctorate from UGA, is the recipient of the Distinguished Alumni Scholar Award. He is a professor in the School of Advertising and Public Relations in the College of Communication and Information at the University of Tennessee. He is an award-winning teacher and researcher. His research interests include a wide variety of advertising and society issues, advocacy advertising and account planning.

Haley is the author or co-author of over 35 published journal articles, and is an expert in paradigmatically qualitative research. He presently serves as the editor-in-chief for the Journal of Current Issues and Research in Advertising, and is the executive adviser for the journals of the American Academy of Advertising.

Named after the late John Holliman, Grady alumnus and former CNN reporter, the John Holliman Jr. Lifetime Achievement Award honors sustained contributions to the profession throughout a career. The Henry W. Grady Award honors a mid-career graduate who has been influential in his or her field. The Dean John E. Drewry Award recognizes a graduate of the last decade who has experienced a successful early career. The Distinguished Scholar Award honors an alumnus for excellence and sustained contributions to scholarship in journalism and mass communication education.

To make a reservation for “Grady Salutes: A Celebration of Achievement, Commitment and Leadership,” visit https://gail.uga.edu/events/jrnl/jrnl-grady-salutes-2016 by April 27. The cost is $75 per person, or $1,000 for a table of eight with a tax-deductible amount of $400.

UGA Grady College
Established in 1915, the UGA Grady College of Journalism and Mass Communication offers undergraduate majors in journalism, advertising, public relations, digital and broadcast journalism and mass media arts. The college offers several graduate degrees and is home to the Peabody Awards, internationally recognized as one of the most prestigious prizes for excellence in electronic media. For more information, see www.grady.uga.edu or follow @UGAGrady on Twitter.