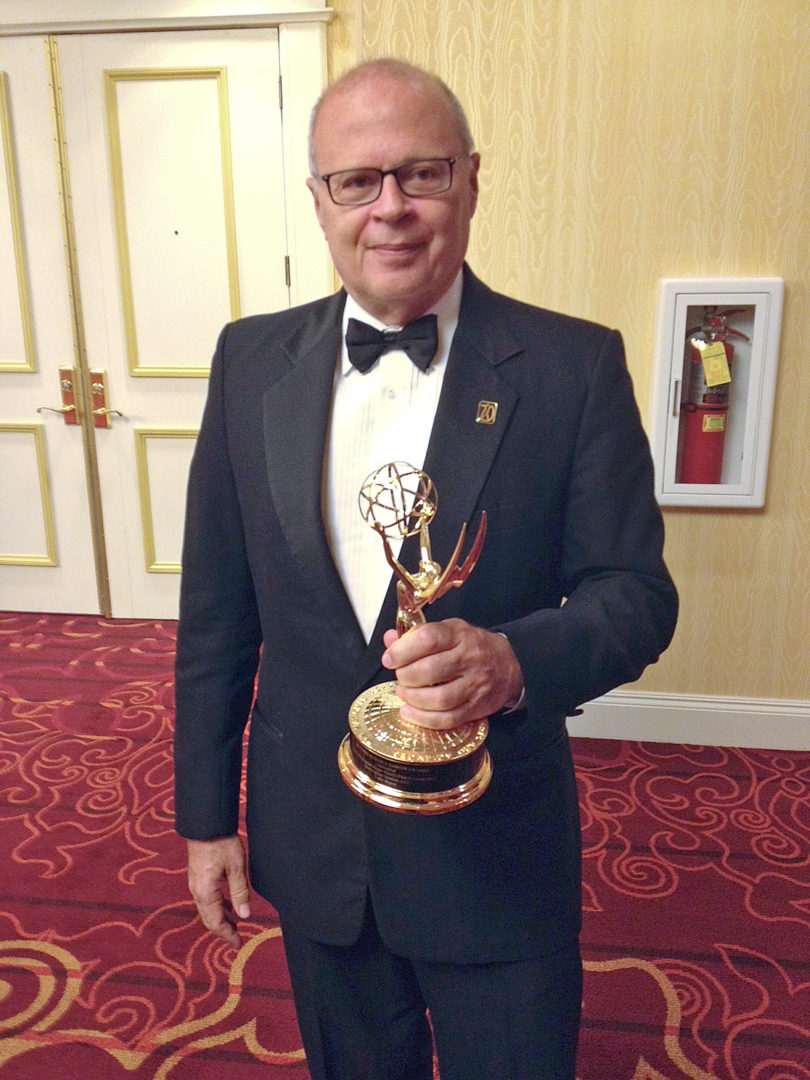 Athens, Ga. – Nate Kohn, a telecommunications professor for the University of Georgia Grady College of Journalism and Mass Communication and associate director of the Peabody Awards, was presented an Emmy by the National Academy of Television Arts & Sciences’ Mid-America Chapter. The ceremony took place in St. Louis on Oct. 5.

The Emmy went to “Ebertfest 2012 Retrospective Doc,” a 10-minute video about Roger Ebert’s Film Festival, an annual event showcasing overlooked films from around the world. Kohn has directed the festival, which takes place in April in Champaign, Ill, since it was founded in 1999. The film can be viewed at http://vimeo.com/57392699.

The documentary was produced and directed by Shatterglass Studios, a film-production company in Champaign, Ill. Kohn worked with the owners of Shatterglass, Luke Boyce and Brett Hays, to create the 10-minute retrospective that focused on longtime attendees and filmmakers at the festival, including Michael Shannon, Jeff Nichols and film historian David Bordwell.

“The Emmy came as a total surprise,” said Kohn. “This was a huge event. There were about 700 people there and I had no idea we were going to win. This recognition is really important for a small production company like Shatterglass Studios.”

The film won the Interstitial category. There were five other nominees in that category.

Kohn is an acclaimed film producer. His latest film, “Bayou Maharajah: The Tragic Genius of James Booker,” will debut in Athens on Nov. 8 during the UGA Spotlight on the Arts Festival. The film continues to be shown at film festivals around the world since its national debut in March at SXSW. It won the Oxford American Best Southern Film Award at the Little Rock Film Festival in May.