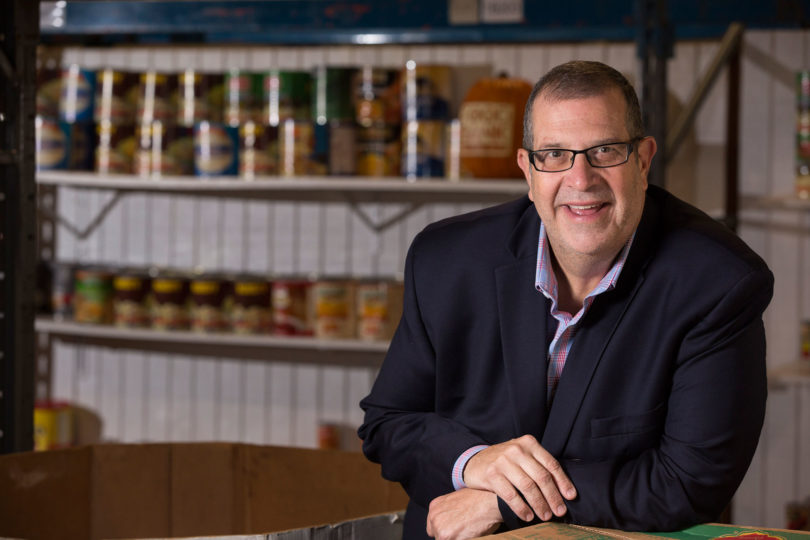 When Charles N. Davis landed back in Athens roughly three years ago as the new dean of the Grady College of Journalism and Mass Communication, he knew he wanted to find a way for the college to give back to the surrounding community.

He’s proud to be a native Athenian, but growing up he noticed there seemed to be two versions of Athens—one with money and resources and the other without.

“I’ve always been acutely aware of the fact that Athens and the North Georgia region experience really dramatic gaps in income between communities,” Davis said. “You have this thriving university community with lots of doctorate-holding scientists, lawyers, doctors and professionals. But then on the other side of that income gap, you have people who are really struggling.”

Almost a decade before Davis arrived, Diane Murray, the college’s director of public service and outreach, got the Grady community involved in the Food Bank of Northeast Georgia’s Food2Kids program, which provides take-home meals for the weekends for children in need during the school year. The food bank is one of the organizations supported by UGA’s Campaign for Charities, which ends Dec. 15.

Pleased to find the college already involved in charitable giving, Davis decided to up the ante by becoming one of the major players in the food bank’s annual Hunger Bowl food drives.

During the Hunger Bowl, groups and companies compete to see who can raise the most money and canned goods, and Grady has won the small group category three years in a row. Over the course of just three years, donations from the college have provided more than 21,000 meals to area families.

But Davis always wants to grow participation in the food drive, so this year the organizing team for the drive aimed for more student participation by visiting classrooms and launching social media campaigns to spread the word about the Hunger Bowl. There also were several random drawings for giveaways for student donors.

“It’s important for others to get involved because, if for no other reason, we’re all a tragedy or setback away from being faced with a real need—all of us,” he said.