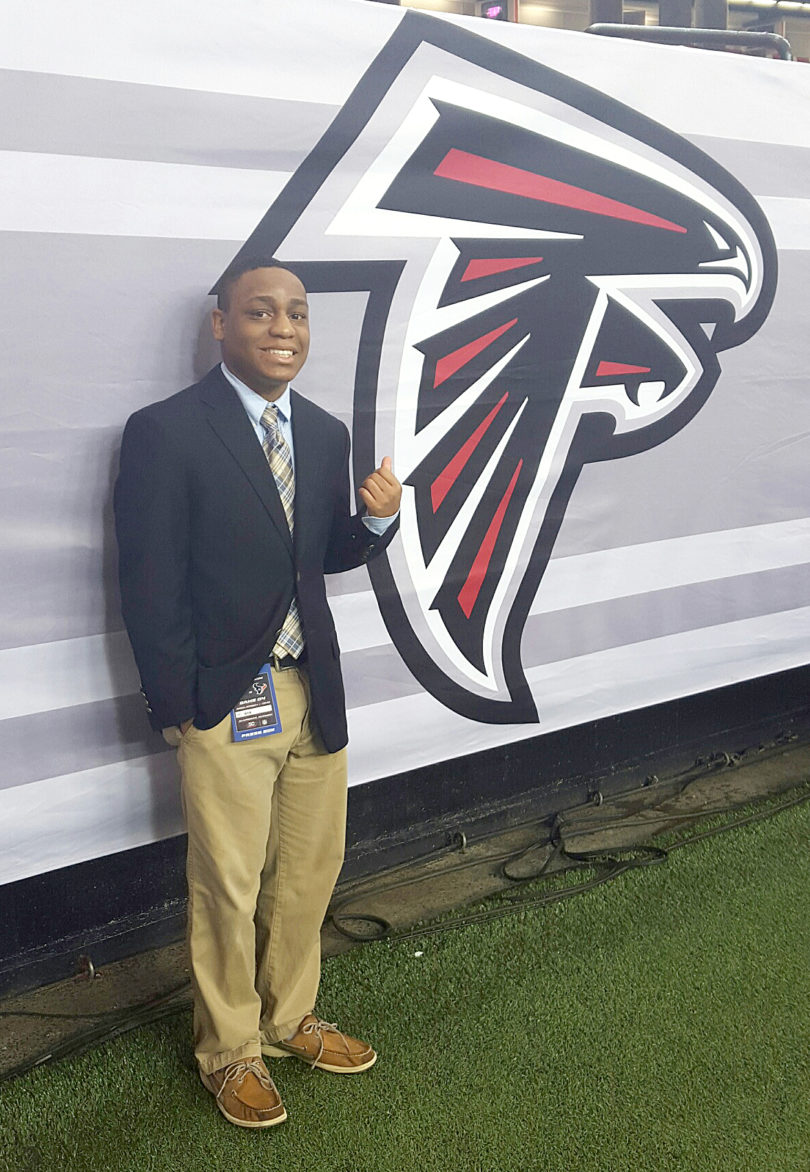 Jaylon Thompson has been selected by the United States Olympic Committee to report on the Games for the USOC.

Two UGA students in the Grady Sports Media certificate program will travel to Rio de Janeiro in August to cover the 2016 Olympic Games.

Nicole Chrzanowski and Jaylon Thompson were selected by the U.S. Olympic Committee to report on the Games for the USOC’s various information channels, including its website, TeamUSA.org.

“It’s going to be a huge undertaking to basically be a member of the press corps at the Olympics, which is one of the events that most sports journalists aspire to cover,” said Vicki Michaelis, the John Huland Carmical Distinguished Professor in Sports Journalism and director of Grady Sports at the Grady College of Journalism and Mass Communication. “It’s a 17-day experiment in sleeplessness and constant deadlines. They’ll be in that same crucible as all of the professional journalists around them, and these are two students that I’m confident can handle that.”

Michaelis was the lead Olympics reporter for USA Today through six Olympic Games and worked as a freelancer with Team USA during the 2012 Games in London. That same year, she and Malcolm Moran, director of the Sports Capital Journalism Program at Indiana University-Purdue University Indianapolis, worked with the USOC to formalize a student assistant program for the 2016 Olympics.

“I’m deeply appreciative of the unique opportunity that the USOC is giving these students,” Michaelis said.

Through a competitive selection process, 14 applicants from the Grady Sports program were narrowed down to four finalists by the USOC. The finalists completed a second round of assignments, including deadline coverage of a UGA women’s basketball game.

The USOC announced its selection of Chrzanowski and Thompson. The two selections from Indiana University-Purdue University Indianapolis have not yet been named.

“This opportunity means everything to me,” said Thompson, a junior majoring in digital and broadcast journalism, who plans to be a sports reporter for a prominent media outlet. “Ever since I was a little kid, I always wanted to go to an Olympics. I am really honored to have the chance to cover athletes I grew up watching, like Serena Williams.”

Chrzanowski, a junior public relations major, plans to pursue a graduate degree in statistics and a career in sports analytics.

“This opportunity will give me invaluable real-life experience and teach me communications tools in practice,” she said.

“Grady Sports has provided me every single tool I need going into the Olympics,” Chrzanowski said. “Professor Michaelis and professor (Welch) Suggs have taught me professionalism, sports journalism from head to toe and how to be an invaluable asset to a team. I am grateful for all they’ve done for this program and Grady.”

“I think that learning the proper techniques of conducting an interview, preparing for games and writing on deadline has helped me prepare for the next step,” he said.

There are so many learning experiences awaiting these two students, said Michaelis.

“The learning curve is going to be steep,” she said. “But by the end of the Games, they’ll both have a lot more confidence in what they can do as sports journalists and sports communicators.”