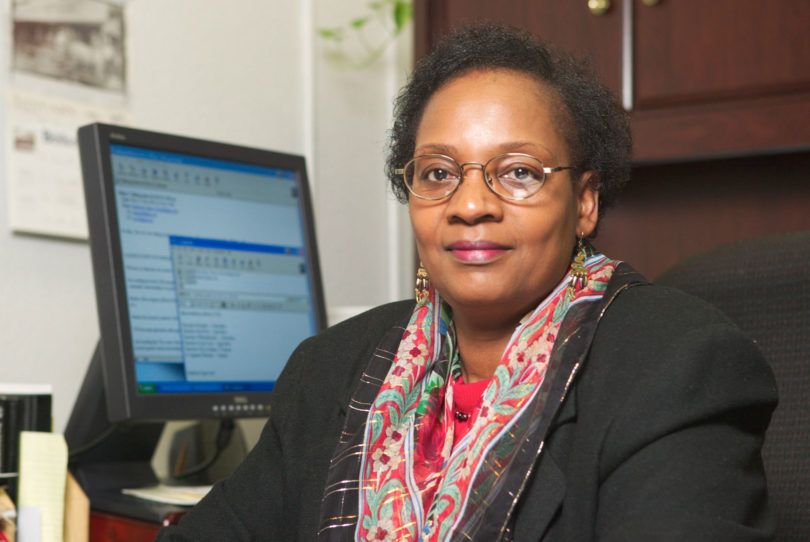 Lioba Moshi directs the Institute for African Studies at UGA, which sponsors the annual Darl Snyder Lecture that is scheduled for March 1. She talked to Columns about how the program has grown.

Columns: What’s changed since ­African studies became an institute? And when was that?

Moshi: 2001, so this is the fourth year. To some extent, we have attained a wider recognition, nationwide and internationally. We wanted to become more academically oriented and we have managed to do that. We have increased our student intake for study-abroad programs. Our certificate program has also realized tremendous growth. We have put on more on-campus programs, programs that include our students in debates and conferences. We are making the unit more academic and less just an organized interest group.

Columns: How are faculty connected to African studies?

Moshi: We have faculty affiliated to the institute-like other institutes here on campus. We only have two faculty members who work part of the time here. Dr. Ojo oversees the certificate program, organizes our student symposium and the noon talks, and also teaches language and introduction to Africa. And of course I run the programs here in the institute. But we have very good relationships with faculty in other departments. They really in a sense volunteer their time, because they don’t really get credit for it. They come from various departments and colleges, not all from the College of Arts and Sciences. A lot of people give us donations for the Snyder Fund, which helps us to send students to Africa.

Right now we’re working on the possibility of developing a learning, teaching and research center in East Africa, and we are working with faculty members from the College of Agricultural and Environmental Sciences, the School of Forest Resources, and of course the College of Arts and ­Sciences. We’re working on that project with Mark Lusk, from the Office of International Affairs. ­Collaboration across campus makes it work.

We have one staff member who’s paid by the university. The other staff members are paid by grants. It used to be a one-person office and now it has grown a little bit. We get a lot of support from students, who volunteer their time to work with us.

Columns: How many study-abroad programs are you offering?

Moshi: Right now we have two programs in Tanzania, one May term and one long summer program. The summer program is an intensive language program. It takes students from UGA and also students nationally.

We have two programs in Kenya. We also have programs in South Africa in wildlife management. The Ghana program is in collaboration with the School of Social Work.

We’re trying to diversify the courses at different places. The Tanzania program has geography, anthropology, introduction to Africa, drama and business Swahili. We have science also-botany, rare plants, tropical plants. The Ghana program has landscape architecture and textile manufacturing and marketing. And we have comparative literature also, for West Africa. And we hope next year to go to South Africa for a trial period.

Columns: How many students?

Moshi: The first group we took to Tanzania-students from UGA from all disciplines-was about 15 students. But this year we have 24 students going. So it has grown over the years. There are years when we have about 30 students going in each of the programs.

Columns: How many students get the certificate in African studies?

Moshi: Some go to graduate school. Some go to work. Some students are working with NGOs-non-governmental organizations-and some with international agencies. They can also elect to do internships at the State Department and at various embassies in Africa.

Columns: Are you working towards a major?

Moshi: We hope to do that. We had a minor approved last year by the University Council. It’s still in the approval process.

It would be nice to have a major in African studies. The students ask about that all the time. But a major is a major undertaking, so it is something we can build on after we have established the minor.

Columns: And what comes next?

Moshi: I think about the model of UCLA. UCLA has a major in African studies and also has a Ph.D. program in area studies focused on Africa, and I would like to see us move in that direction. Students will take courses that have an Africa emphasis, and that would define their degree. But that’s something that needs discussion.

We do have quite a number of faculty members who are teaching courses that have a percentage of Africa content. And we would like to continue capitalizing on that. It’s always a matter of negotiation, of how the department that you’re working with sees itself in relation to African studies.

Columns: How many African languages are we teaching now?

Moshi: Right now we have three languages: Swahili, which has the most students, the highest enrollments, and then we have Yoruba and Zulu. And this coming fall we are going to be introducing Manding, a language that is spoken in West Africa, predominantly in Mali, Burkina Faso and adjoining states.

We are now leading in the development of teaching materials. We just finished a U.S. Department of Education-funded Swahili project. We have all of our materials on the Web, and students can do the three-year course using the Internet. Here, we use it as supplemental material for students in the class, but anybody anywhere in the world can do the course.

This year we started working on a second project, for Yoruba, and hopefully we will do something for Manding and also for Zulu, and so eventually UGA will be the center for teaching African languages using technology.