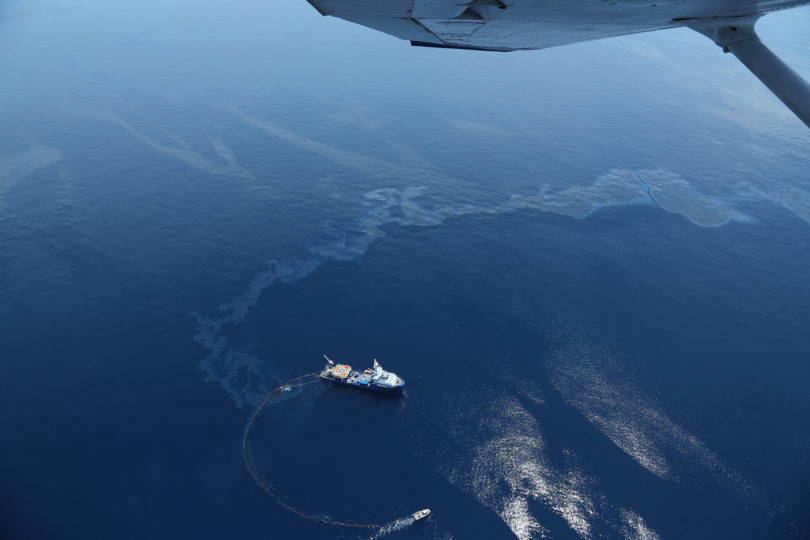 Athens, Ga. – A team of research scientists led by University of Georgia marine scientist Samantha Joye is on a rapid response research cruise to assess the impact of a crude oil spill approximately 90 miles south of Timbalier Island, Louisiana, on the biological communities in the Gulf of Mexico’s water column.

The U.S. Coast Guard responded to the spill reportedly discharged from a Shell subsea wellhead flow line on May 12.

“Our goal for this response mission is to document the distribution of oil in the water column, to characterize the hydrocarbons and to assess the fate of oil—including biological oxidation, assimilation and movement into the food web—and formation of marine oil snow,” said Joye, the Georgia Athletic Association Professor of Arts and Sciences, who will be overseeing the efforts from Athens. “These efforts will help inform other responders and will further advance our understanding of oil spill impacts on the Gulf ecosystem.”

The cruise aboard the R/V Tommy Munro, mobilized by the Ecosystem Impacts of Oil and Gas Inputs into the Gulf, or ECOGIG, consortium, left Monday night from the port of Biloxi, Mississippi. It includes ECOGIG scientists from UGA, Georgia Institute of Technology, Florida State University and the University of Southern Mississippi.

“The ECOGIG consortium has invested a great deal to assure we are ready to mobilize in short order, should the need arise. When we learned of this oil spill, we secured a ship and arranged a science party within days,” Joye said.

The Coast Guard said an estimated 88,200 gallons were reportedly released from the pipeline and that the source of the discharge has been reported as secured.

Initial reports indicated a 2-mile to 13-mile sheen in an area 97 miles south of Port Fourchon, Louisiana. Shell Offshore Inc. reported that the sheen was observed in the area of its Glider Field, a group of four subsea wells located in Green Canyon Block 248. The production from these four wells flows through a subsea manifold to Shell’s Brutus platform located in 2,900 feet of water.