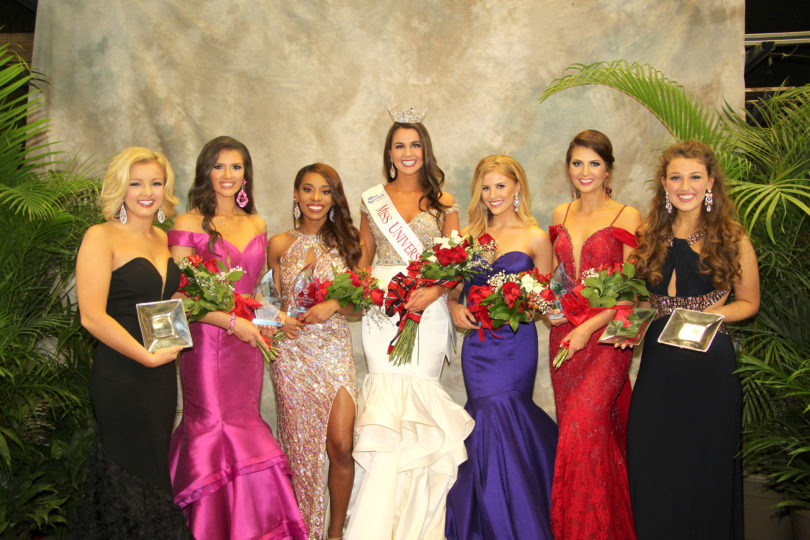 Athens, Ga – Hanna Holley, a third-year public relations student from Dublin was crowned Miss University of Georgia 2017 at the annual scholarship pageant held Jan. 21 in the UGA Fine Arts Auditorium. A 2014 graduate of West Laurens High School, she is the daughter of Dennis and Dawn Holley.

Holley is heavily involved in campus life. A member of Alpha Delta Pi sorority, she she serves as an account executive for Prevent Child Abuse Athens, a nonprofit organization dedicated to preventing child abuse through education, support and public awareness. She is also a member of the Public Relations Student Society of America.

“It means so much to have shared the stage with so many talented, beautiful and smart UGA women,” Holley said. “I’m sure my year will be one of the best experiences serving this campus and getting to know many different UGA students and faculty members.”

Holley will compete in the 73rd Annual Miss Georgia Scholarship Pageant June 13-17 in Columbus; the winner of that pageant will represent Georgia in the Miss America Pageant.

The Miss America Organization, established in 1921, is a nonprofit civic corporation.

The Miss UGA Scholarship Pageant is a program of the Tate Student Center within UGA’s Division of Student Affairs.

UGA Student Affairs
The Division of Student Affairs comprises 18 campus departments that enhance the learning environment for students at the University of Georgia by stimulating the learning process, integrating the in-class and out-of-class experiences, promoting an environment conducive to growth and discovery and facilitating intellectual, spiritual, social, occupational, physical, cultural and emotional development. For more information, see http://studentaffairs.uga.edu.