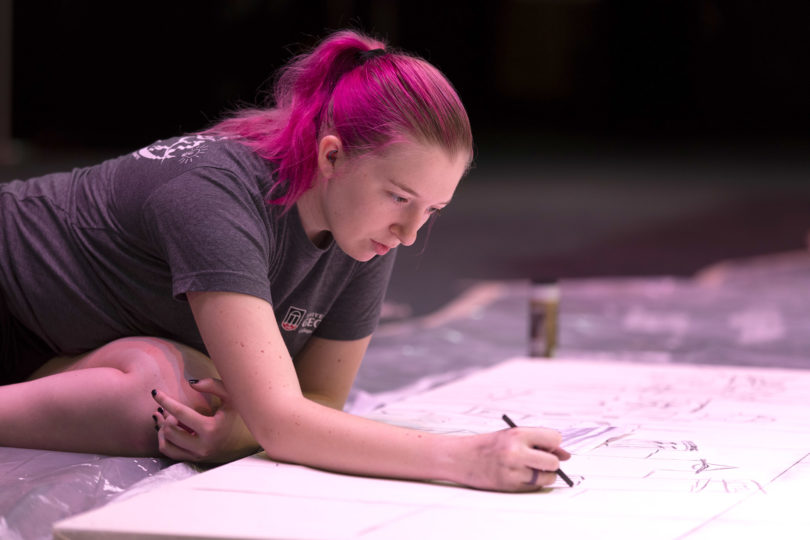 Hannah Fordham is merging her engineering skills with the theater as she works in set design for UGA and local productions. (Photo by Andrew Davis Tucker/UGA)

Student works in set design for UGA and local productions.

When Hannah Fordham came to the University of Georgia, she expected to major in engineering.

She enjoyed STEAM club in high school and thought an engineering degree would offer “a guaranteed job.”

But after her first semester of classes at UGA, she realized something was missing.

In high school, Fordham, a third-year student from Statesboro, thrived in band and chorus. She was a percussionist playing everything from marimba to drums, keyboard to timpani. She sang alto in choir competitions, where her school won Disney’s National Choir competition.

At UGA, she missed performing so she added a theater major, started taking acting classes and then discovered set design—where her passion for the arts could draw on her engineering skills.

“Engineering helps me think about things from a practical standpoint,” she said. “Set designers will have awesome ideas of things that look really cool, but then they aren’t functional.” 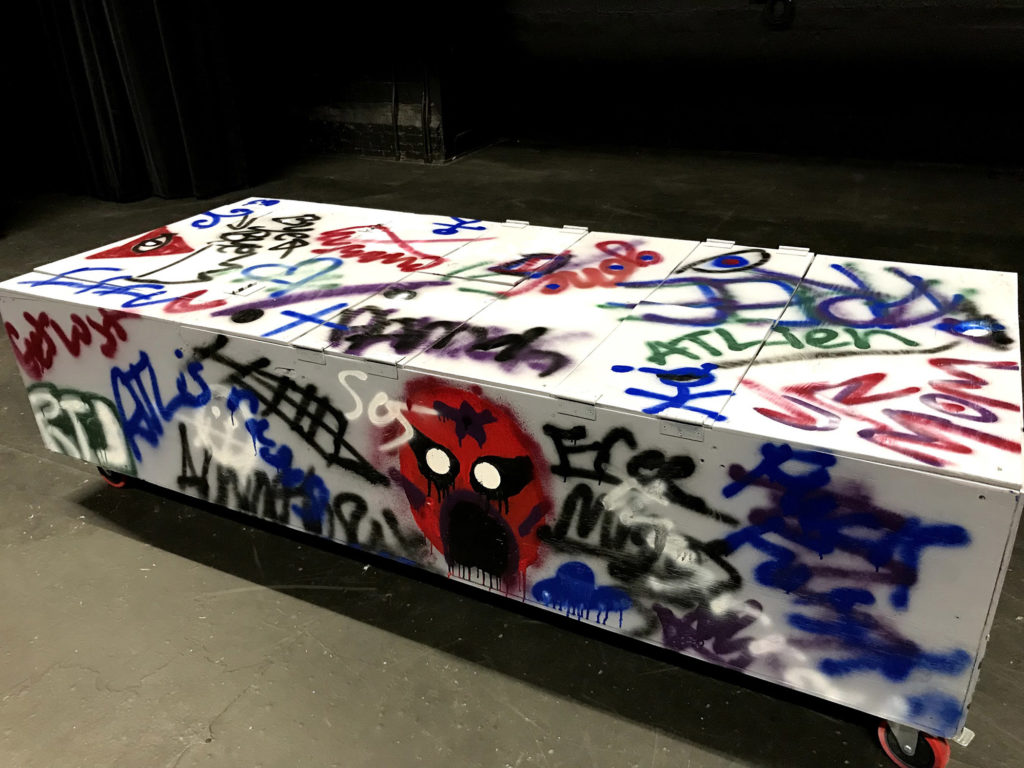 Hannah Fordham was set designer for “Acworth, 92.” She designed this set piece that actors sat on, laid in and had to be moved around.

She recently worked on “Acworth, 92,” which has a car as a central stage prop. In the show actors have fight scenes around the car, dance on the car and lay in the car. Coupled with a small stage, this presented a design challenge.

For this project, she made a box on wheels but had to make sure the wheels locked so it didn’t roll across the stage.

“It was making sure that anything someone was going to step on was reinforced so the bottom didn’t break out,” she said. “If it was something they weren’t supposed to sit on, I didn’t reinforce it. But did have to remind the actors ‘don’t sit on the doors.’ The safety aspect is not usually thought of.”

The best advice she got for the project was: “Only go as difficult as you can make something well. Make something simple. Tell people that’s a car. If you try to make a car, that doesn’t look right, they’ll criticize. People are willing to believe what you tell them.”

It’s the advice Fordham followed to make a more abstract version of a car for the production.

Her innovative design work was nominated for the Kennedy Center American College Theatre Festival in Washington, D.C., where she got to go and take master classes in set design. 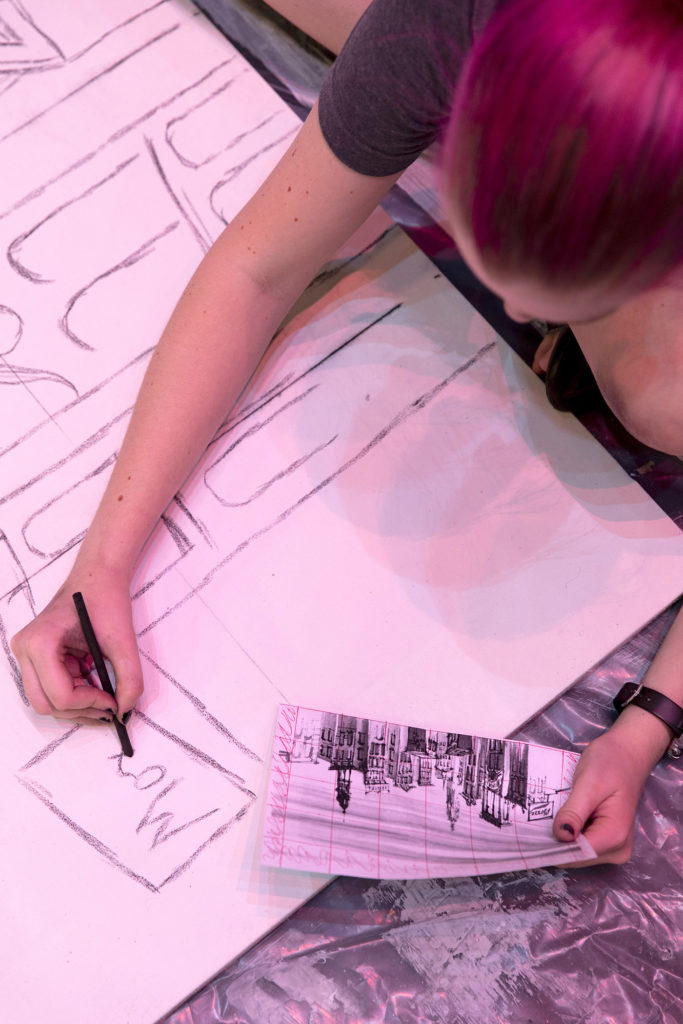 Hannah Fordham sketches buildings on a canvas for her scenic painting class assignment on the backstage area of the Fine Arts Theatre. (Photo by Andrew Davis Tucker/UGA)

Fordham has does done set design for seven productions including “Addams Family The Musical,” “20,000 Leagues Under the Sea” and “Robin Hood.” She’s worked as a props master, sound board operator, technical director and stage manager and knows how to do special effects makeup.

“I miss marching band,” she said. “But I like doing shows more.”

In a typical week, she spends weekdays going to classes and theater rehearsals. Saturdays are for set builds, and on Sunday she often attends board meetings for the three boards she’s a member of.

A first-generation college student, she’s also worked several part-time jobs, including positions on campus at the Career Center. Last year, she was the employer relations assistant. She helped plan for career fairs, the Dawgs suit up events and top 25 employers event. She’d help with logistics when employers came to do student interviews. This summer she worked at UGA’s Development and Alumni Relations Division. Now, she works special events at the Classic Center and Hotel Indigo.

How does she balance it all?

She swears by a paper planner that she updates every day. There, she stores project due dates, reminders and to-do lists, so she doesn’t lose track of anything. She has to use her time wisely. “If I have 30 minutes between classes, I probably shouldn’t sit there on my phone. I’ll read a play for theater class or watch a video for fluids class.”

Her mom likes to tell her to “Slow down. Take time to breathe.”

Up next, she’s stage managing “39 Steps” for the Town & Gown Players and technical directing the children’s experience show for elementary school field trips this November.