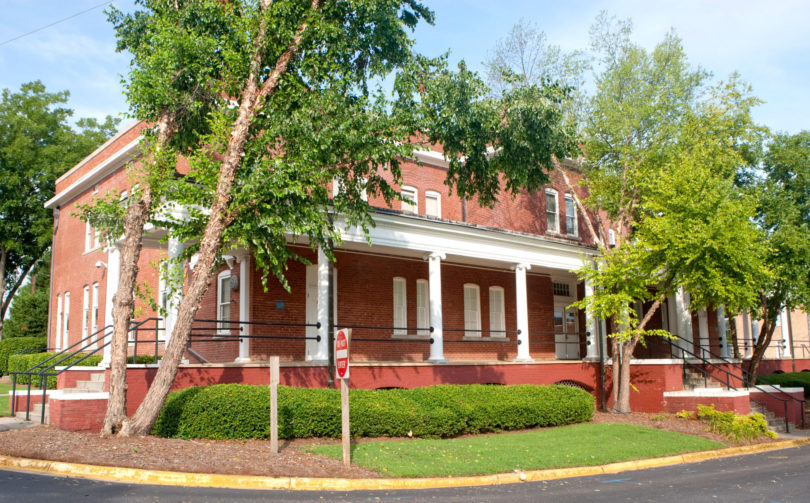 The following information is provided as part of an effort to keep the community informed about the development of the UGA Health Sciences Campus, a significant addition to the University of Georgia. The Health Sciences Campus has been established on the site of the former Navy Supply Corps School on Prince Avenue in Athens. The property was deeded to the university by the U.S. Department of Education in April 2011, and the university began holding classes there in August 2012. An open house attracted hundreds of local guests interested in touring the five major facilities addressed in the first phase of renovation.

The University of Georgia Health Sciences Campus accommodates two primary occupants: the UGA College of Public Health and the Georgia Regents University/University of Georgia Medical Partnership. In the 2012-13 academic year, more than 800 students, faculty and staff are engaged in campus life at the HSC.

Two additional facilities are currently being renovated in Phase II. The buildings include Rhodes Hall, a historic structure being repurposed to serve as the administrative headquarters of the College of Public Health; and Scott Hall, the former officers’ club, to serve as a student center and dining hall for the Health Sciences Campus. In addition, University Housing is renovating Brown Hall, a former hotel, to serve as a residence hall accommodating approximately 200 students-primarily upperclassmen, transfers, graduate and professional students. All of the Phase II facilities will open in fall 2013.

Architects are now busy designing the renovations of the buildings in Phase III. This work, authorized by the board of regents in October, will prepare three additional buildings for opening in fall 2014: Wright Hall, to serve as the principal office building for the College of Public Health’s departments of health promotion and behavior and health policy and management; Hudson Clinic, to serve as the home of the Institute of Gerontology; and Pound Hall, to serve as a center for computer-based research. Renovation will begin this summer. A fourth phase of renovation to address the remaining naval facilities is yet to be determined.