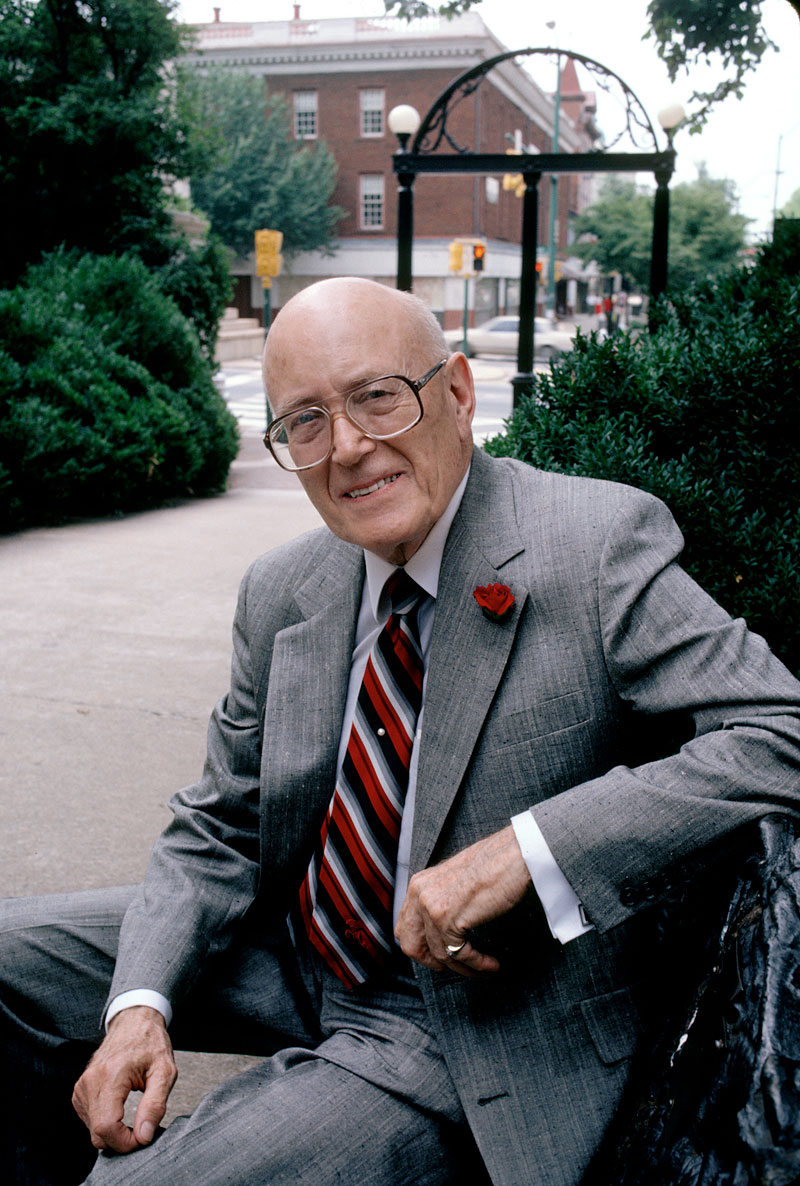 Henry King Stanford, who died Jan. 1 in Americus at the age of 92, was a sprightly, highly regarded veteran of nearly 30 years as a college president when he came out of retirement in 1986 at age 70 to lead the University of Georgia through a year of healing as interim president.

Stanford came to UGA in July 1986 after Fred C. Davison resigned as president and served until July 1987 when Charles B. Knapp became UGA’s 20th president.

“Henry King Stanford is a real hero of Georgia history,” said UGA President Michael F. Adams. “Though his decades of public service and leadership included only a short time at the University of Georgia, his impact on the institution was substantial. He steered UGA through tumultuous waters, refocused the institution on its core mission and prepared it for much of the progress made in the years since he was president.”

He was living in Americus when the University System of Georgia Board of Regents asked him in April 1986 to take the helm at UGA while a search was conducted for a permanent president.

Davison had resigned in the wake of a federal court trial in which UGA instructor Jan Kemp asserted that she had been fired for speaking out against alleged preferential academic treatment for athletes. The jury ruled in Kemp’s favor in a decision that attracted national attention.

Stanford arrived in Athens shortly after his
70th birthday to find a campus embarrassed and frustrated by months of unfavorable publicity. He later told an interviewer he had never “seen a group of people related to and loving an institution as dejected and discouraged as the faculty, administration and alumni were.”

In July 1987, Stanford and his wife, Ruth, returned to Americus, but Stanford’s service to UGA wasn’t finished. Knapp asked him to head a faculty committee charged with developing an environmental education program for UGA and he periodically returned to campus for committee activities.

In 1987, the board of regents bestowed the title of President Emeritus on Stanford, and in 1992 his official portrait was added to the collection of portraits of other former UGA presidents. He is believed to be only the second person to serve in the 20th century as an interim leader of UGA, which has had 21 permanent presidents in its 224-year history.

Stanford and his wife, who died in 2002, were inveterate travelers who made numerous trips to Europe, South America, Africa and Asia. In 1987 they celebrated their 50th anniversary, delayed a year by their UGA assignment, by taking a hot air balloon ride over French vineyards.

The descendant of ancestors who came to America in 1680 and to Georgia a year later, Stanford was born in Atlanta April 22, 1916.

He earned a bachelor’s degree in German from Emory University, and after studying for a year at the University of Heidelberg in Germany he re-entered Emory and earned a master’s degree in international relations.
He earned another master’s in government management from the University of Denver, where he also was director of the School of Public Administration. While serving as president of Georgia Southwestern he received a doctorate in political science and government administration from New York University.

A memorial service for Stanford will be held in Americus Jan. 24.