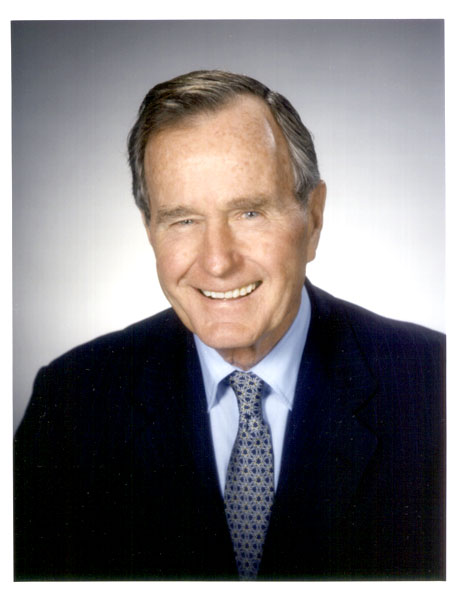 “I am delighted that former President Bush will attend the dedication of the Coverdell Center and join with our faculty, staff and students in celebrating this special event,” says UGA President Michael F. Adams. “President Bush very much wants to be a part of honoring the memory of a great Georgian who was both his professional colleague and his close, personal friend.”

This occasion will mark the second time that President Bush has visited the UGA campus. As U.S. vice president, he was the keynote speaker at a 1985 academic convocation celebrating the university’s bicentennial.

The Coverdell Center, located on South Campus across D.W. Brooks Drive from the College of Veterinary Medicine, is a memorial to Sen. Coverdell, who served Georgia in the U.S. Senate from 1993 until he died in July 2000. Jointly funded by the Congress, the Georgia General Assembly and UGA, the $40 million facility totals 135,000 square feet, with sufficient laboratory space to house 25 research teams or roughly 275 scientists, staff and graduate students. The Coverdell Center was designed to maximize energy efficiency, with daylight and occupancy sensors throughout to manage the lighting and a system to catch and store storm water for use in the building’s chiller, landscaping and plumbing.

The Coverdell Center is home to some of UGA’s premier life sciences programs, including the Biomedical and Health Sciences Institute, which was established in 2001. Also housed in the Coverdell Center are the College of Public Health, the Health Communications Group, the Biomedical Research Imaging Center, the Center for Tropical and Emerging Global Diseases and the newly organized Developmental Biology Group.

“The Coverdell Center is a beautiful building that is purposefully designed to maximize interactions among teams of scientists from diverse disciplines who share the desire to work together to better understand and alleviate human diseases,” says David Lee, vice president for research. “It represents a deliberate departure from the traditional science building, which tends to physically isolate teams and thus stifle interactions. We view the Coverdell Center as symbolizing the type of interdisciplinary approach to complex problems that we intend to promote at UGA.”

In the weeks following Sen. Coverdell’s death, UGA officials began discussions with then-Senators Zell Miller of Georgia and Phil Gramm of Texas, both UGA alumni, about an appropriate memorial that would reflect his interest in education and research. Out of those discussions grew a proposal for a state-of-the-art biomedical research facility to be named for Sen. Coverdell. With the assistance of Georgia members of the U.S. House of Representatives, Congress appropriated $10 million. Governors Roy Barnes and Sonny Perdue and the Georgia General Assembly matched that amount, and UGA pledged $20 million. On Jan. 22, 2003, ground was broken for the Coverdell Center, and the faculty, staff and students began to occupy the center in late December 2005.