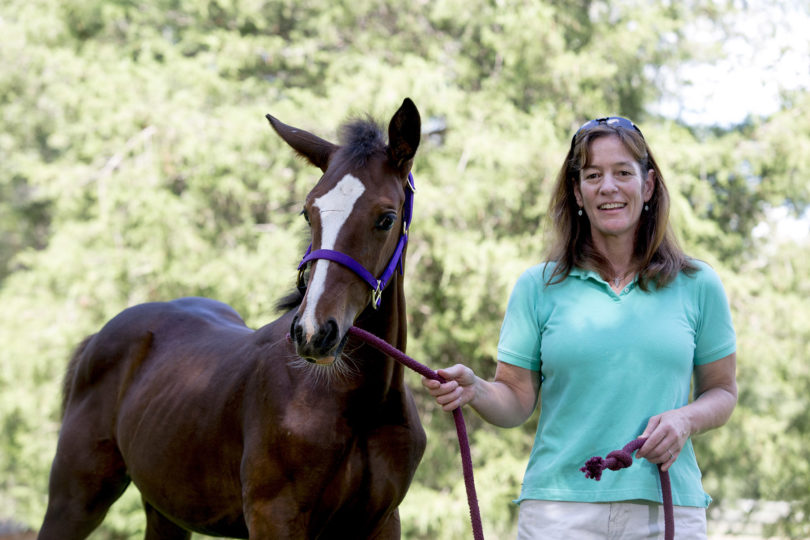 Robin Catmur, director of immigration services at UGA, has had a 20-year career filled with helping international students, scholars and faculty establish their homes in the academic community.

Catmur’s unit within the Office of International Education is responsible for processing all visa and permanent residency sponsorships for the international members of UGA’s community, as well as complying with U.S. immigration laws.

“It’s such a privilege to have a job that directly helps people,” Catmur said. “We are a compliance office, so, too often, we can be seen as enforcers. But really, we’re also here to help.”

To accommodate the immigration needs of the university and those of its international community, Catmur manages a team of six full-time advisers.

“It’s a joy to work with this staff,” she said. “We manage immigration, compliance and advising for international students, scholars and faculty.”

UGA’s international community, Catmur estimates, is made up of 2,800 students, scholars and faculty from over 120 countries.

Catmur also is chair of the System Committee for International Education for the University System of Georgia. In this role she serves as a resource for other USG schools and a liaison to the system office.

With so many international students, and in the context of constant regulatory change, leading immigration services at a major university can be a daunting job. However, Catmur has years of experience in the field, having previously worked as the director of immigration services for Dartmouth College.

“I enjoy the puzzle of putting together immigration cases and presenting them on behalf of the student or faculty member,” she said.

Catmur said that her staff members, who regularly have one-on-one conversations with international students, scholars and faculty, understand the difficulties they face with living in a foreign country.

“You’ll find everyone at the office is passionate, responsible and caring,” she said. “We have tissues in our office. People come in and cry sometimes about the hardships of finding a permanent way to stay or about being away from home. Most times, advisers shed tears, too.”

Catmur’s connection with international students and faculty likely comes from her background. As a child, Catmur was raised in multiple countries.

While traveling in Ireland, Catmur pursued another passion of hers: working with horses. In Ireland she worked on a horse farm for an Olympic show jumper.

“I’ve always loved animals and have been obsessed with horses ever since I started riding at age 10,” she said.

Catmur’s love of horses continues today. After returning to the U.S., she worked as a horseback riding instructor before starting her career in immigration services. Even now in her free time, Catmur can most likely be found with her thoroughbred mare, Cassie.

“After work, I’ll often head to the farm to see my horse or go home and just spend time with my dogs Ichi and Sable,” she said. “They help me to unwind at the end of the day.”

Though helping others in the OIE is her passion, Catmur also has a number of diverse interests; she’s a licensed pilot, a professional baker and a mother to her now grown son.

“Twenty years ago I got a job at a small college to get health insurance for me and my son,” she said. “It was something I fell into. Thankfully that job turned into a career of helping other people. Immigration services turned out to be a natural fit.”