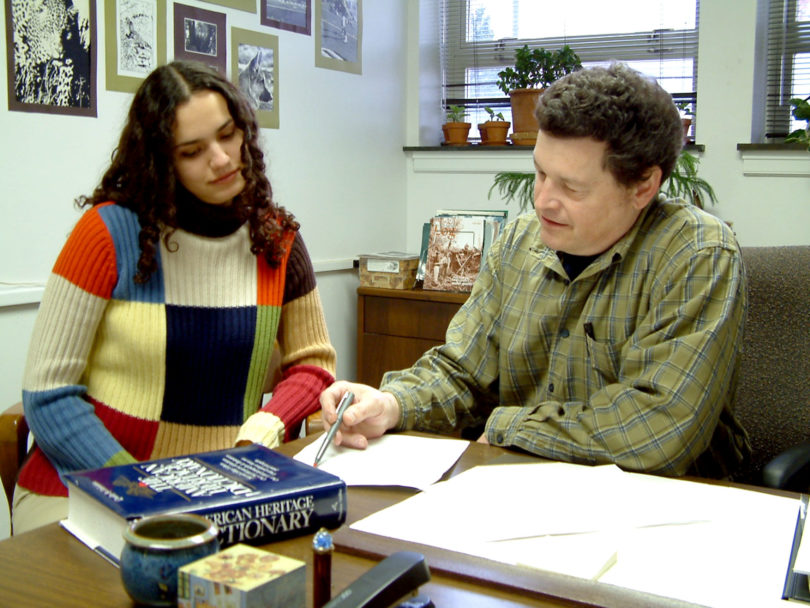 When Kole Smith found out he was required to meet with a writing instructor for two assignments in his forest ecology class, he was less than enthusiastic.

“I thought, ‘Why do I have to do this?’ ” says Smith, a forestry major in the Warnell School of Forest Resources. “But then I saw that without Mr. Fosgate’s help, I would’ve received a much lower grade. Many of us in the professional program haven’t had an English class in two or more years, since our prerequisites are all science and math. As a result, our writing skills may have slipped. The sessions have helped me get higher grades, but also made me a lot more confident in my writing.”

The Warnell School’s Writing Tutorial Program began in 1992 after employer surveys suggested a need for improved communication skills in graduates, especially in writing, grammar and punctuation. Administrators were unsure at first about how to design the most effective program.

“We looked at programs at other colleges and universities and finally concluded that a tutorial would be more effective than a classroom course,” says Bruce Bongarten, associate dean for academic programs. “This way, students get guidance with assignments they’re already working on in a required course.”

Writing instructor Brian Fosgate typically works with three courses each semester, meeting with students on two different writing assignments in each class. Students turn in assignments a day ahead of their scheduled tutorial conference so that he can read, edit and be ready to discuss grammar, punctuation, sentence structure and word choice. Most conferences last 30 to 45 minutes, after which students have an opportunity to make revisions before handing in a final draft to their professor.

Fosgate says his first task is always to put students at ease.

“Writing is very personal, even if it’s just a one-page class assignment,” he says, “and nobody enjoys having their writing criticized. So I let ­students know first thing that I’m not here to criticize but to help.”

Bongarten says several other forestry and wildlife schools in the country have initiated writing programs, with varying success.

“Some of those programs are still going strong, others are not,” he says. “I believe the success of the program is largely dependent on the instructor, who must be a committed person who really cares about the students.”

“The beauty of this program is that each student receives help according to his or her needs,” he says. “Many students need to review the basics of grammar and punctuation. Others need help organizing their thoughts into a unified, coherent whole. Some simply need help polishing and refining already sound writing skills.”

Fosgate, a 1978 graduate of UGA’s Grady College of Journalism and Mass Communication, taught at Cedar Shoals High School for several years in the mid-’80s. He says he enjoys the results he sees in the one-on-one approach afforded by the writing program.

“The vast majority of students truly want to improve their writing,” he says. “Most recognize the importance of communication skills, both for job placement and career advancement, and over the course of two years most students noticeably improve. It’s gratifying when the students recognize their own improvement and feel more confident in their ability to express themselves.”

At a time when many scholars decry the general lack of literacy in modern society, the Forest Resources Writing Tutorial Program is quiet affirmation that communicating well speaks volumes, not only about individuals but also the institutions from which they graduate.