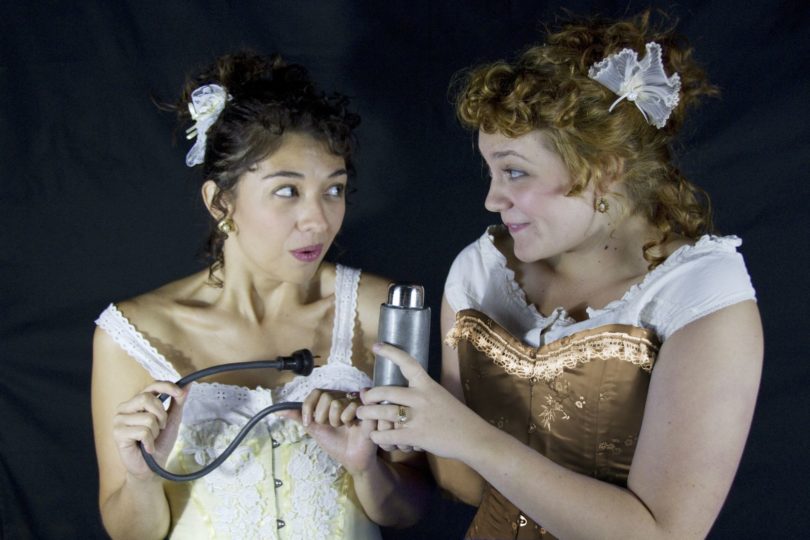 Athens, Ga. – The University of Georgia University Theatre will present “In The Next Room,” Sara Ruhl’s Tony-nominated comedy about marriage, intimacy and electricity, in the Cellar Theatre of the Fine Arts Building Sept. 20-21 and 23-28 at 8 p.m. with a matinee performance Sept 30 at 2:30 p.m.

Set in the 1880s when electricity was first making its way into the home, “In the Next Room” explores the medical practice of treating hysteria among women (and some men) by inducing “paroxysms,” known today as orgasms. The play revolves around Dr. Givings’ care of his frustrated patients in his home-based clinic and the impact of that treatment on his own passionless marriage.

“At the dawn of electricity, doctors really did use vibrators in medical settings to induce orgasms in women suffering from hysteria,” said Kristin Kundert-Gibbs, the play’s director and an associate professor in the department of theatre and film studies. “As for its effectiveness, well, if you were suffering from anxiety or depression and you had twice daily orgasms, would you feel better?”

After its premiere in February 2009, the play made its Broadway debut at the Lincoln Center later that year. Three Tony Award nominations followed in 2010.

The play chronicles, with humor and compassion, a revolution in Victorian attitudes about sex and marriage. As Dr. Givings declares in the play, “What men do not perceive because their intellect prevents them from seeing would fill a book.”

This play contains mature content and nudity. It is not suitable for children.

Tickets are $16 for general admission and $12 for students and can be purchased at www.drama.uga.edu/box-office, 706/542-4400, the Performing Arts Center box office or at the door before the show.