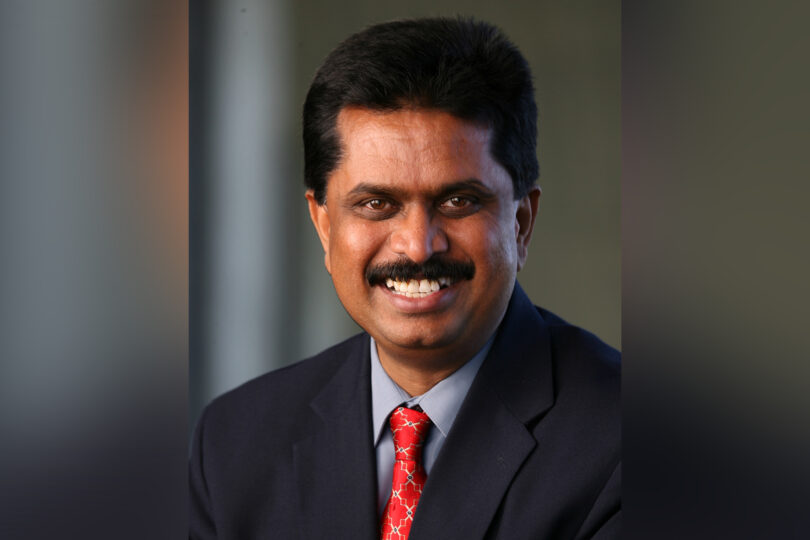 Anumantha Kanthasamy, an internationally renowned researcher of Parkinson’s disease and related neurodegenerative disorders, has been appointed as the first John H. “Johnny” Isakson Chair and Georgia Research Alliance Eminent Scholar in Parkinson’s Research. He will join UGA in fall 2021.

“I want to express my profound gratitude to the endowment donors and the Georgia Research Alliance, whose generosity made this development possible,” said UGA President Jere W. Morehead. “This is a significant moment for our institution’s research enterprise as we build our scientific capacity to help so many who face Parkinson’s and related conditions.”

Kanthasamy is currently Distinguished Professor and Eugene and Linda Lloyd Endowed Chair and Eminent Scholar in Neurotoxicology at Iowa State University in Ames. He is a prolific researcher whose work ranges from basic neurological science to translational medicine, including the identification of biomarkers for early detection of Parkinson’s and discovery of new drugs for treatment.

Kanthasamy’s broad-based and ambitious research program has resulted in remarkable success with grant funding. He is principal investigator on four active National Institutes of Health research grants, in addition to being PI or co-PI on several other grants from the NIH, the U.S. Department of Agriculture, the Michael J. Fox Foundation and the U.S. Department of Defense. He is an elected Fellow of the American Association for the Advancement of Science and of the Academy of Toxicological Sciences.

“Sen. Johnny Isakson had a very distinguished career, helping the people of Georgia and Iowa and the entire nation, and I have dedicated myself to helping patients and people’s lives,” said Kanthasamy. “The University of Georgia is in the top class of land-grant institutions with strong support for research, and I’ve known many people from UGA over my career. I’m very honored to be appointed as the first Johnny Isakson Chair.”

In Ames, Kanthasamy serves as director of the Iowa Center for Advanced Neurotoxicology, which he founded in 2006. He and his research team seek to understand the underlying molecular and cellular mechanisms involved in neural degeneration caused by Parkinson’s and other neurological diseases. He also investigates the role played by neurotoxins, particularly certain pesticides and metals, in disease onset and progression, establishing a causative relationship between Parkinson’s patients’ environment and their genetic predisposition.

“We’ve been able to diagnose Parkinson’s for more than 200 years, but we still don’t have a treatment that can cure the disease or even stop its progression,” Kanthasamy said. “Over the last two decades, we have identified mutations in a handful of genes that have been linked to Parkinson’s, but that only accounts for about 10% of cases. For the other 90%, we don’t know the cause. Epidemiological studies indicate that exposure to certain chemicals or heavy metals can increase risk, so we’re trying to understand how that exposure predisposes patients for Parkinson’s.”

Kanthasamy has founded two startup companies, PK Biosciences and Probiome Therapeutics, to help in the commercialization of drug candidates and biomarkers that have emerged from his research. He has received NIH Small Business Innovation Research grants to support the companies’ work, and Kanthasamy said he’s looking forward to connecting with UGA’s Innovation District to move those diagnostic tools and treatments closer to the patients who need them.

“The appointment of Dr. Kanthasamy as the Isakson Chair and Georgia Research Alliance Eminent Scholar in Parkinson’s Research will catalyze the recruitment of additional faculty members who will advance research in brain health,” said S. Jack Hu, the university’s senior vice president for academic affairs and provost. “The recruitment of a scientist of his caliber to the University of Georgia signals our intent to honor Senator Isakson’s legacy by making a difference in the lives of people around the world.”

At UGA, Kanthasamy will help lead a major investment in brain research. He will establish a new research center for brain science and neurological disorders and will lead a faculty cluster hire to recruit interdisciplinary researchers in areas such as neuroscience, epigenetics and bioinformatics. This new cohort, together with existing UGA faculty, will work toward the common goal of bringing hope to Parkinson’s patients and their families.

“Dr. Kanthasamy is not only an outstanding researcher, but as both a department head and center director, he has proven to be a committed and talented administrator and mentor as well,” said David Lee, vice president for research. “I am confident that in addition to pursuing his own outstanding, comprehensive research program, he also will establish a new and robust focus on Parkinson’s and related diseases at UGA, and we are grateful to the Georgia Research Alliance for its assistance with this watershed recruitment.”

Kanthasamy’s lab will be housed at the Center for Molecular Medicine, in proximity to the Complex Carbohydrate Research Center and the Regenerative Bioscience Center, with whose faculty he anticipates collaborating often. His academic appointment will be in the College of Veterinary Medicine.

“UGA has some eminent centers that have been well known for many years, so the collaborative opportunities, the instrumentation available, the opportunities for recruitment, the caliber of UGA’s students—those are all things I’m very excited about,” Kanthasamy said. “Also, on a more personal level, I grew up in the southern part of India, with mountains and lakes and other natural attractions, and Athens is a bit closer to those types of environments than Ames.”