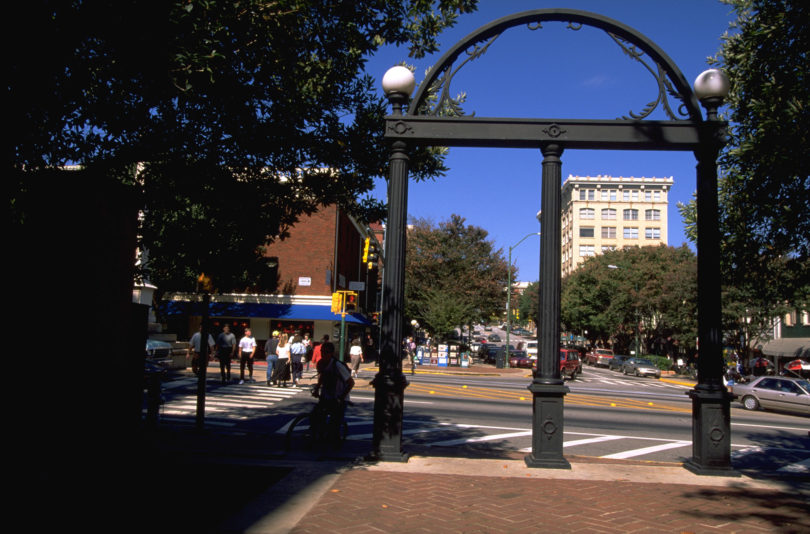 Morehead has endorsed the task force report and assigned a launch team to oversee the initial stages of the innovation district project.

“The future success of this institution—and of all public land-grant universities, for that matter—lies in its ability to find solutions to pressing challenges; to develop new ways of thinking and doing; and to support the jobs, companies and industries of the 21st century,” said Morehead. “Those are the top-line objectives of this important university initiative, and I am excited to get the project underway.”

“The vision of the Task Force,” the report reads, “begins with an imperative: the University of Georgia must strengthen its innovation ecosystem to remain relevant and responsive as a land-grant institution in the 21st century and to continue its rise as a premier national and international research university.”

The report goes on to state that the key to this evolution is the creation of an “energetic innovation district at the interface of North Campus and downtown Athens.”

This district, as imagined by the task force, includes an interconnected set of facilities offering a broad range of spaces and amenities to expand the university’s innovation ecosystem. It would be designed to foster a high level of collaboration of UGA faculty and students with industry and community partners through the development of appropriate facilities and programs.

Incubation and co-working spaces are envisioned to foster a culture of entrepreneurship and to develop the pathways necessary to accelerate commercialization of discoveries and ideas generated at UGA. The district also would include open and flexible space curated to promote “creative collisions” and “blue-sky” thinking as well as event space for hackathons, pitch contests and other large-scale community events.

The launch team will involve representatives from key units across campus, and its early work will focus on developing a master plan for the district that contemplates programming, business operations and governance, and short- and long-term facilities needs.

The University of Georgia is known nationally for its strong innovation ecosystem, ranking in the top five among all U.S. universities in new products reaching the marketplace and in the top 10 for technology licensing productivity. More than 675 products based on UGA research have been introduced to the marketplace, and more than 160 companies have been started. The university also offers an entrepreneurship certificate as well as a wide range of entrepreneurship programs to equip students with the tools and resources they need to pursue their own startup ventures.

The task force report can be found at: https://president.uga.edu/innovation.