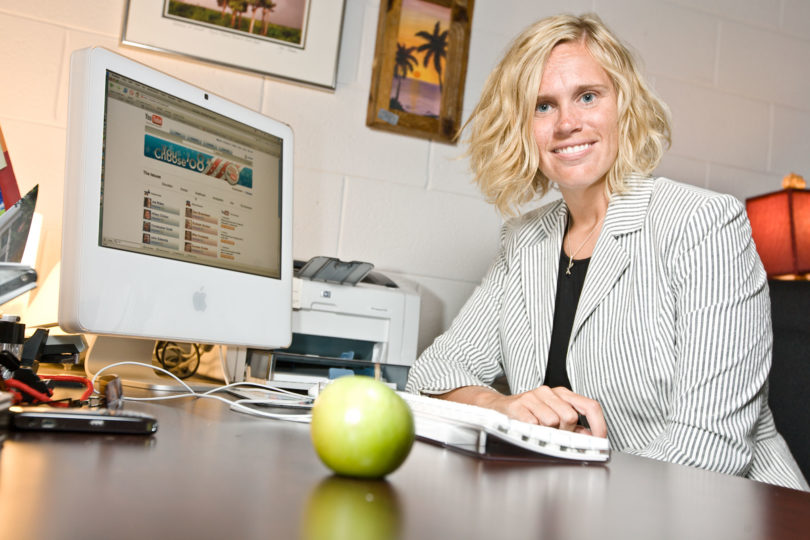 Social media sites like M­ySpace have revolutionized the way people gather information, listen to music and interact with one another, but their role in the college classroom is questionable: Could they become a valuable teaching tool or will efforts boil down to a slap in the Facebook?

Kaye Sweetser, assistant professor of public relations in the Grady College of Journalism and Mass Communication, teaches a class on social media and involves it in her method.

“I don’t think that technology in the classroom has to be limited to blogs, podcasts or any of the other cool sorts of buzzwords going around. The main thing with the social media is engaging students on their territory,” she said. “Rather than e-mail or WebCT, if they have RSS readers and they’re subscribing to other blogs on a daily basis, they could read or participate in a class blog.”

Every student at UGA has access to WebCT, an online bulletin board of class announcements assignments that professors can use to deliver and supplement class material. It provides options and information, but it’s built on a slow java-based server and is, well, a bit of a dinosaur. Besides, as Sweetser said, students are already using social media in droves.

Currently, the UGA network on Facebook claims more than 47,000 users, and nearly 13,000 are clustered in the Athens network. Students also are creating online groups, enabling classmates to send out mass messages to each other about study sessions, homework and which instructors they prefer.

Such was the case for Jose Buitrago, professor of landscape architecture, who stumbled upon a student-created fan club about himself. His students regularly share his in-class quips online, enabling students from different classes access to a public forum for discussion beyond class.

Another student-created Facebook group is an organizational tool built to help lobby the School of Public and International Affairs to open a class on political satire to non-Honors students.  It’s all right there on the Internet, along with the friends lists and political ideologies of group members.

But even this load of information can be helpful, Sweetser said. The bad things about social media fill newsprint pages, but the virtues of easily accessible personal information remain hidden. As many users already know, what happens on MySpace rarely stays on MySpace. Sweetser uses the published political ideologies of her students to her advantage for group activities.

“One of the things I make them do is break up into teams and develop talking points on a certain topic. If it’s a political issue, I look them up on Facebook and see if they’ve listed their political ideology and make them argue for the opposite team,” she said.