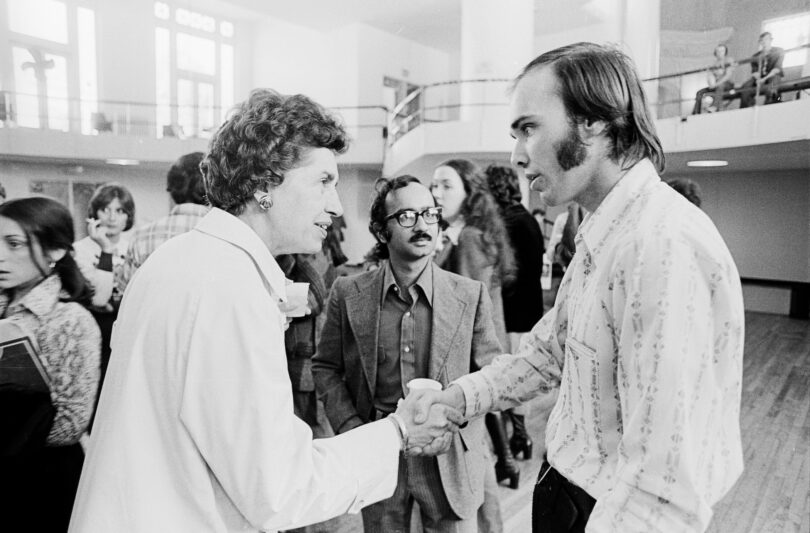 Event will include food, cultural activities and a specialty coffee blend

For 50 years, students have gathered at the same time, in the same location, nearly every Friday, to renew a grand University of Georgia tradition: drinking coffee.

On Friday, Aug. 19, UGA will celebrate the 50th anniversary of International Coffee Hour. The anniversary celebration will take place from 11:30 a.m. to 1 p.m. on Reed Quad, and the event will continue at its traditional location in the Memorial Hall Ballroom each Friday after that. 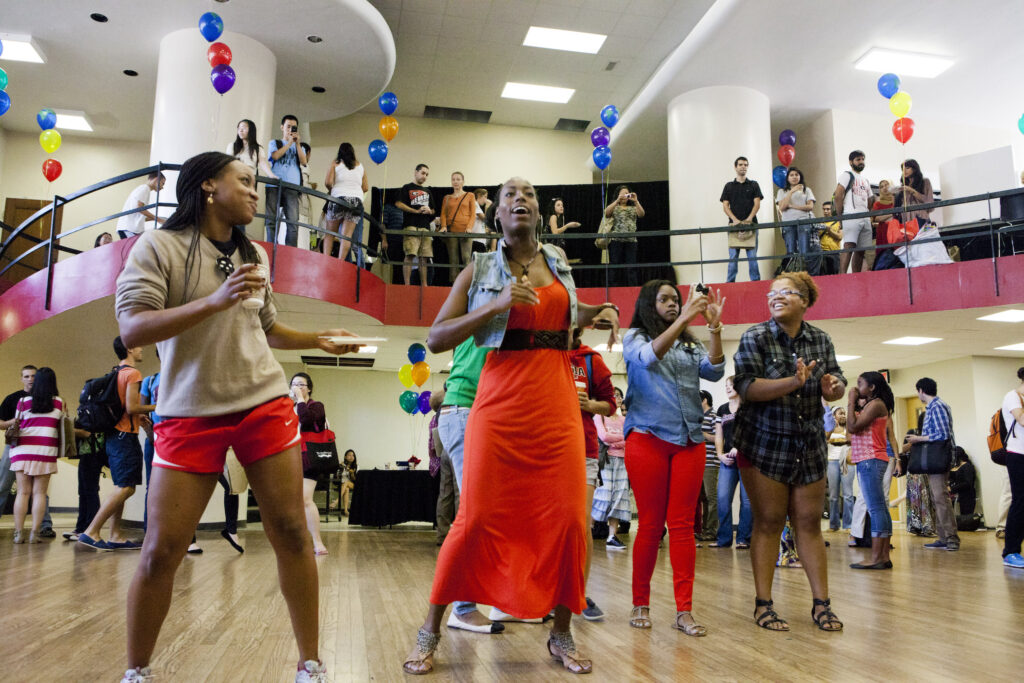 Students dancing during the 40th anniversary celebration of International Coffee Hour in the Memorial Hall ballroom. (Photo by Dorothy Kozlowski/UGA)

Started in 1972 and continuing each Friday of the fall and spring semesters, UGA’s International Coffee Hour is one of the longest running programs of its kind in the U.S. Free to attend, the program offers a unique experience to engage in conversation with people of different cultures and backgrounds. Typically, several hundred students attend International Coffee Hour each week.

Noor Khan, a UGA alumna and former International Student Life (ISL) student leader, believes that consistency is what has kept students coming back each week for all these years. 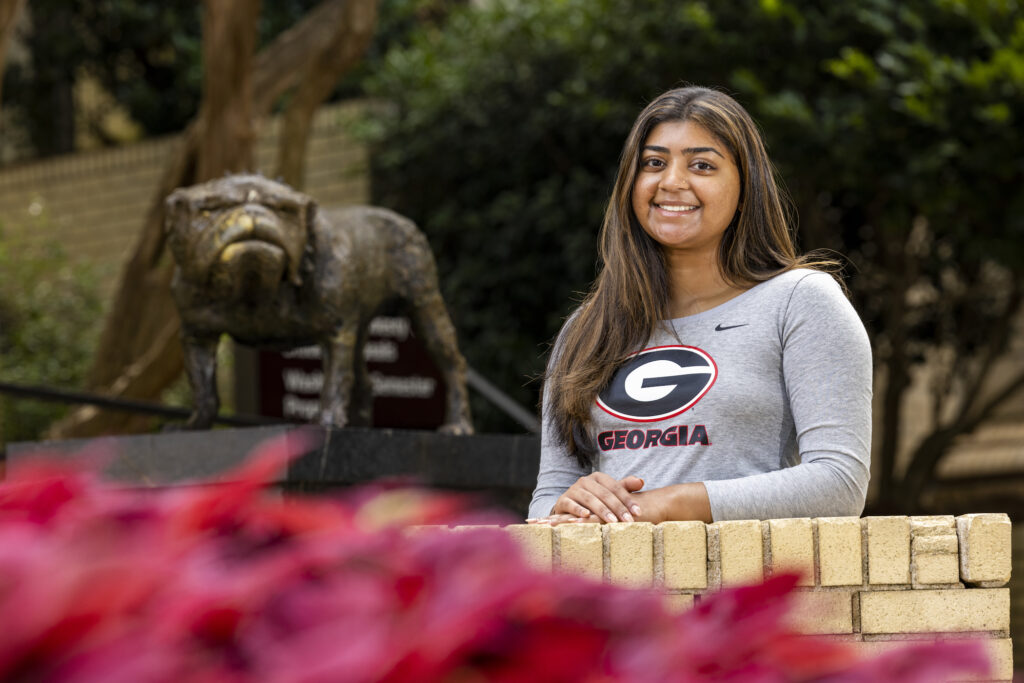 “It’s significant to me that it’s always hosted in the same place at the same time,” Khan said. “There are extra things each week that are fun, but it’s consistent and you can count on it every week.”

Sayre Weir, assistant director of ISL, noted the timelessness of the event, as well. 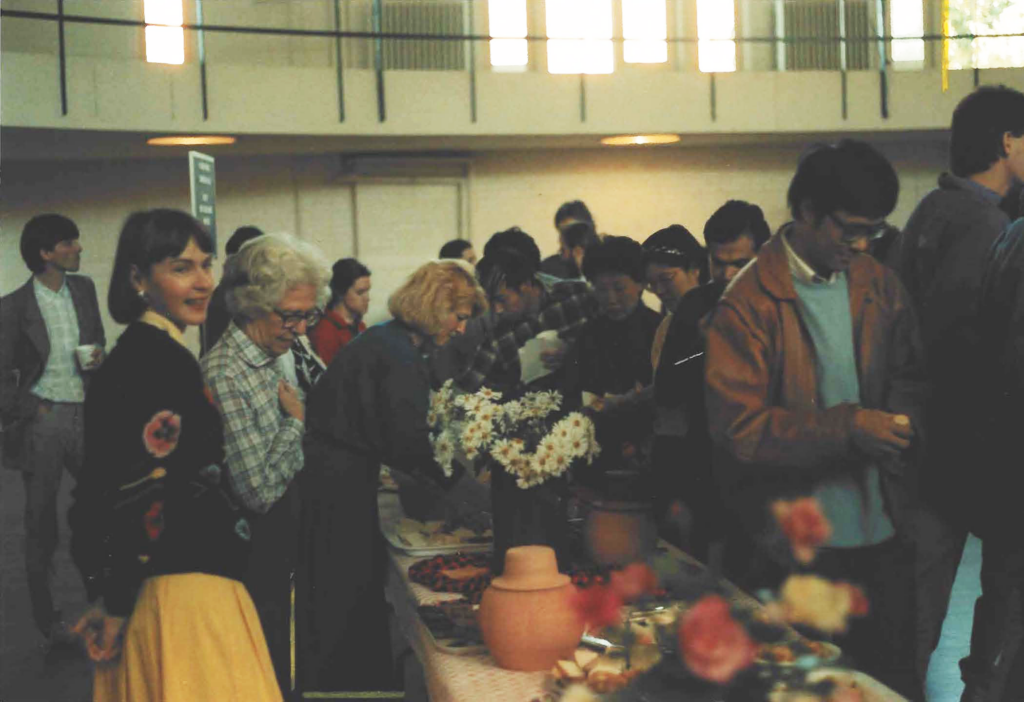 International Coffee Hour during the 1990s. (Photo from UGA archives)

“I love seeing the photographs of coffee hour in the ballroom from 30 to 40 years ago, when the walls were different colors, and you can tell it’s dated, but what looks the same is people coming together,” Weir said. “Those core elements of coffee, food and community are what carries the event through the years.”

For the celebration event, Coffee Hour moves to Reed Quad, just outside its typical location in the Memorial Hall Ballroom. Maddie Martin, a graduate assistant with ISL, said the event will be a very scaled up version of Coffee Hour as part of Welcome UGA programs.

“It’s at its same time and close to its same location, but it’s going to be a big kick off, including all of the ISL student organizations and different activities, music and games,” Martin said.

“We always make a big deal out of the first coffee hour of the year, but we’re going all out this year, hopefully setting the stage for our newest students, in particular,” said Weir. “I love the idea of students’ first opportunity to experience Coffee Hour is this huge celebration with all the ISL orgs participating.” 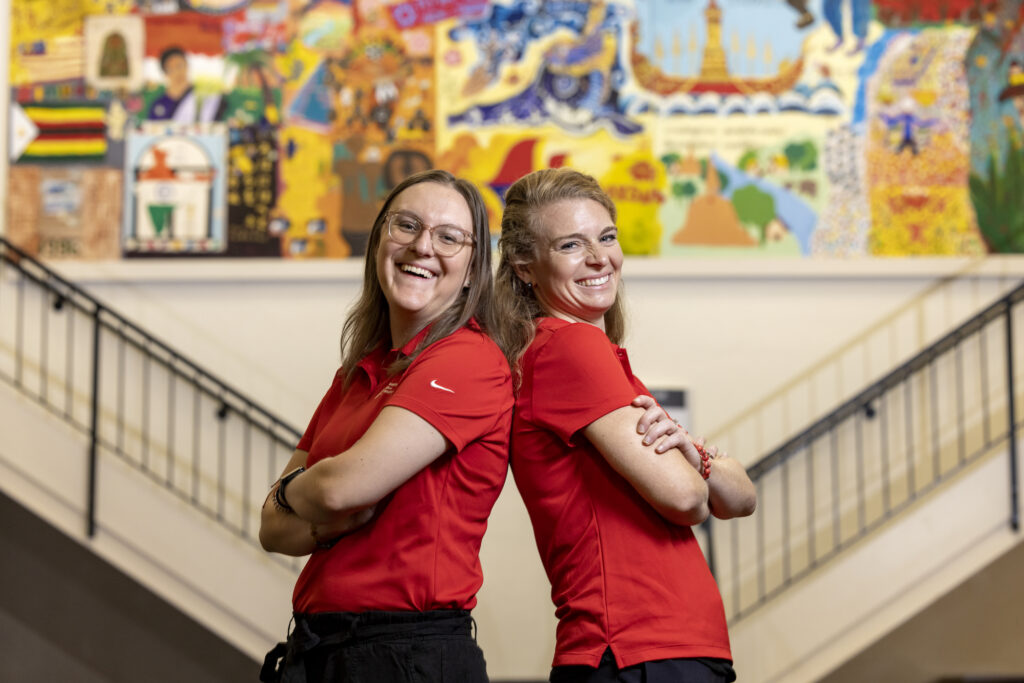 In addition to coffee, food and music, each week offers something new and interesting, such as a display of beautifully hand-crafted African musical instruments or the opportunity to learn a traditional Filipino folk dance.

“The Tinikling, a dance from the Philippines, is so neat and so fun,” Khan said. “They get you to try it out, and you don’t know if you can do it. You don’t know if you’re going to get whacked with a stick, or what, but it’s a ton of fun!”

Other activities can include board games, writing your name in other languages, or trying different crafts or singing songs. But the common thread through all Coffee Hours is meeting new people and old friends.

“When we set the event up, we always start with these neat circles of eight chairs, but by the end of the event, all the chairs have been moved around into all these big and small groups scattered all over the room,” Martin said. “Each Friday, I get to watch connections being made. Early in the semester, you get to see people meeting each other for the first time, and then later on you see these same new groups of friends meeting week after week.”

Khan said that the university and the student organizations are providing a comfortable, simple way for students to meet each other.

“When you attend several Coffee Hours, you start to kind of recognize who is coming. Some folks for the first time – some folks every week,” she said. “It’s one thing to think about a few hundred students gathering each week, but it’s so much more than a number. So many different kinds of students engage in different weeks in many different ways.”

Isha Naidu, a current UGA student and Senior World Leader with ISL, said that students learn how diverse campus really is through meeting new and interesting people at Coffee Hour. She said that you can share your own story with others who also bring so many varied and interesting experiences. 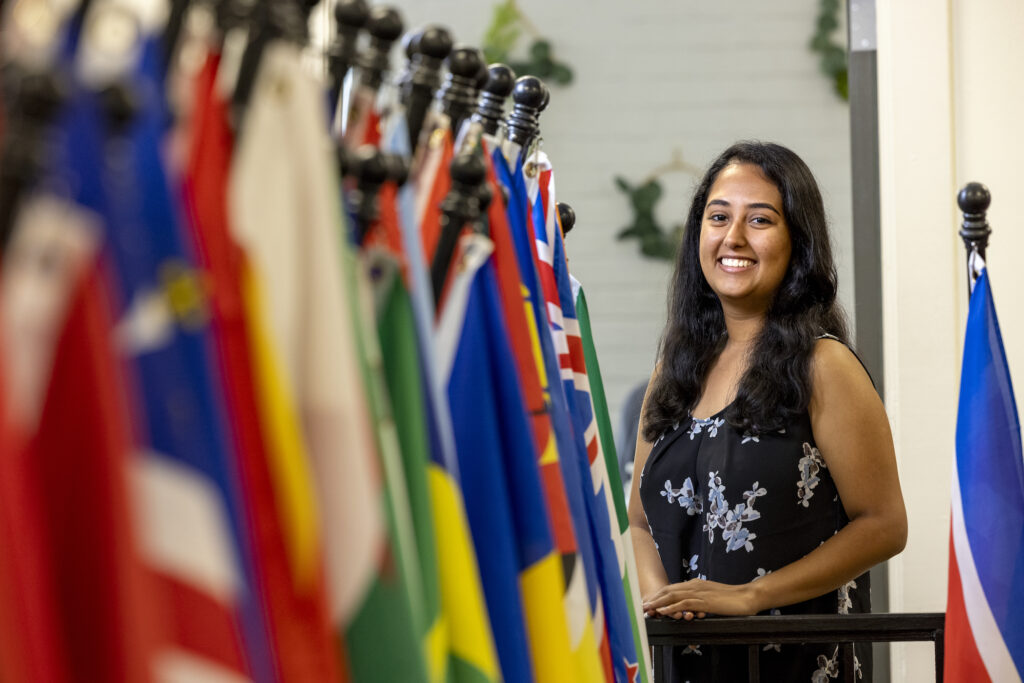 “When you’re in your school or college or major, you can kind of get in this little bubble,” Naidu said. “Coffee Hour gives you a way to meet other people and learn so much from other students from different majors, and countries, and religions, and cultures – it’s awesome.”

Similarly, Khan thinks that Coffee Hour provides a great perspective of UGA that most people do not consider, and that it is a great way to become immersed in the diversity of UGA culture.

“Not only is it a unique opportunity to meet both domestic and international students, but it’s also a great way for younger students to learn from older students. It’s a great opportunity to learn about campus departments and resources,” she said. “And all while eating good food and meeting new friends.”

And, of course, drinking coffee.