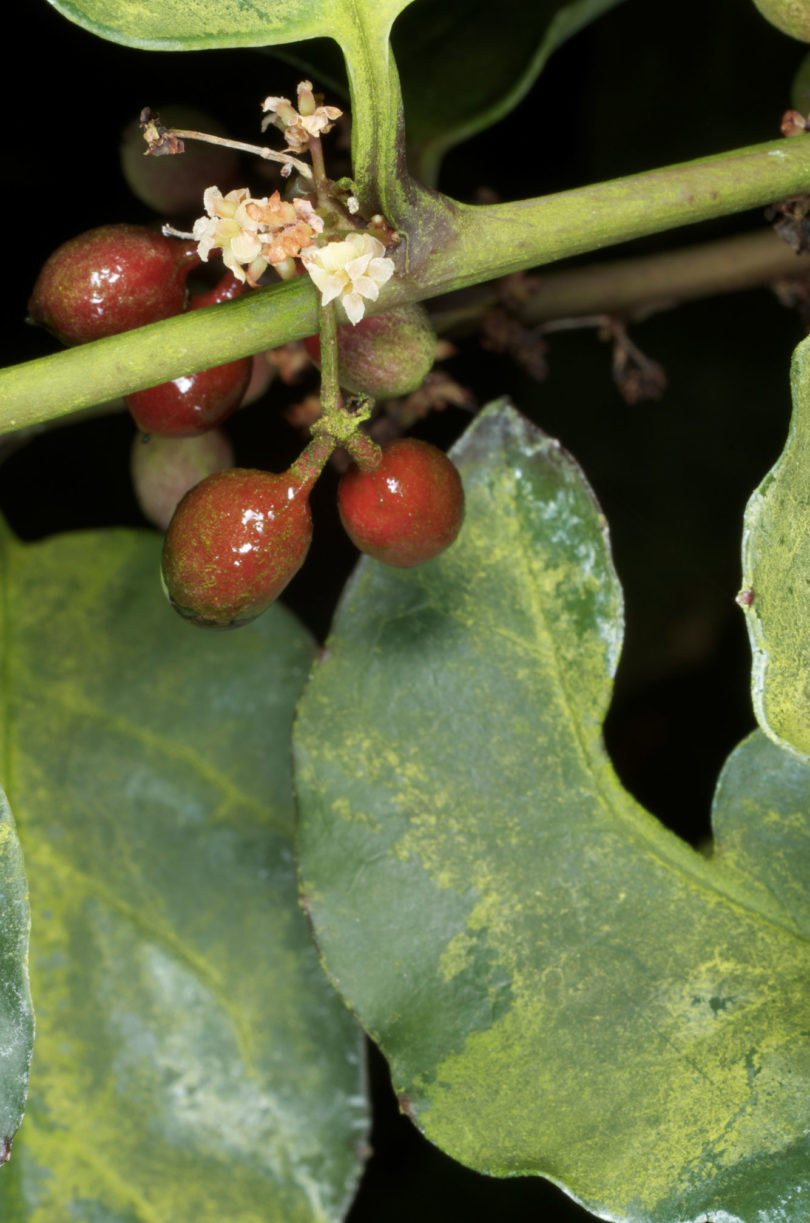 Athens, Ga. – The newly sequenced genome of the Amborella trichopoda plant addresses Darwin’s “abominable mystery”-the question of why flowers suddenly proliferated on Earth millions of years ago. The genome sequence sheds new light on the origin of flowering plants.

A paper by the Amborella Genome Sequencing Project, published Dec. 20 in the journal Science, includes a full description of the analyses performed by the project as well as the implications for future research on flowering plants.

Jim Leebens-Mack, University of Georgia associate professor of plant biology in the Franklin College of Arts and Sciences, co-led a team of scientists at UGA, Penn State University, the University at Buffalo, the University of Florida and the University of California-Riverside to decipher the Amborella genome. The team is uncovering evidence for the evolutionary processes that paved the way for the diversity of the more than 300,000 flowering plant species on Earth today.

Amborella is the sole survivor of an ancient evolutionary lineage that traces back to the last common ancestor of all flowering plants. The plant is a small understory tree found only on the main island of New Caledonia in the South Pacific.

Scientists who sequenced the Amborella genome say it provides conclusive evidence that the ancestor of all flowering plants evolved following a genome-doubling event that occurred about 200 million years ago. Some duplicated genes were lost over time but others took on new functions, including contributions to the development of floral organs.

Comparative analyses of the Amborella genome are already providing scientists with a new perspective on the genetic origins of important traits in all flowering plants, including major food crop species.

“The Amborella genome sequence facilitated reconstruction of the ancestral gene order in the ‘core eudicots,’ a huge group that comprises about 75 percent of all angiosperms. This group includes tomato, apple and legumes, as well as timber trees such as oak and poplar,” said Leebens-Mack.

As an evolutionary outsider to this diverse group, the Amborella genome allowed researchers to estimate the linear order of genes in an ancestral eudicot genome and to infer lineage-specific changes that occurred during 120 million years of evolution in the core eudicots.

The UGA group, led by Leebens-Mack, identified 26,846 protein-coding genes in the Amborella genome and worked with University of California-Riverside’s Sue Wessler’s lab to characterize transposable elements throughout the genome.

DNA sequences that can change locations or multiply within the genome, known as transposable elements, seem to have stabilized in the Amborella genome. Most plants show evidence of recent bursts of this mobile DNA activity, “but Amborella is unique in that it does not seem to have acquired many new mobile sequences in the past several million years,” said Wessler, formerly a UGA plant geneticist. “Insertion of some transposable elements can affect the expression and function of protein-coding genes, so the cessation of mobile DNA activity may have slowed the rate of evolution of both genome structure and gene function.”

The complete genome sequence of Amborella has been deposited in Genbank-the U.S. National Institutes of Health database of publicly available gene sequences-and also is available in the Amborella Genome Database available at www.Amborella.org.

In addition to the paper about the nuclear genome sequence, Leebens-Mack contributed to a paper in the same issue of Science that describes the novel assembly and validation of the nuclear genome using a combination of approaches that can be applied to other complex genomes of non-model species.

Other researchers at UGA who worked on the project include Saravanaraj “Raj” Ayyampalayam, Jamie Estill, Alex Harkess, Yuannian Jiao and Xiaoyu Zhang.

“The UGA team is continuing to work with colleagues around the world to understand how gene function evolved following the gene and whole genome duplications revealed in our analyses of the Amborella genome,” Leebens-Mack said.

In collaboration with the Amborella Genome Project, the Atlanta Botanical Garden launched an exhibit and website featuring remarkable flora of New Caledonia, which includes Amborella. View the site at http://newcaledoniaplants.com.