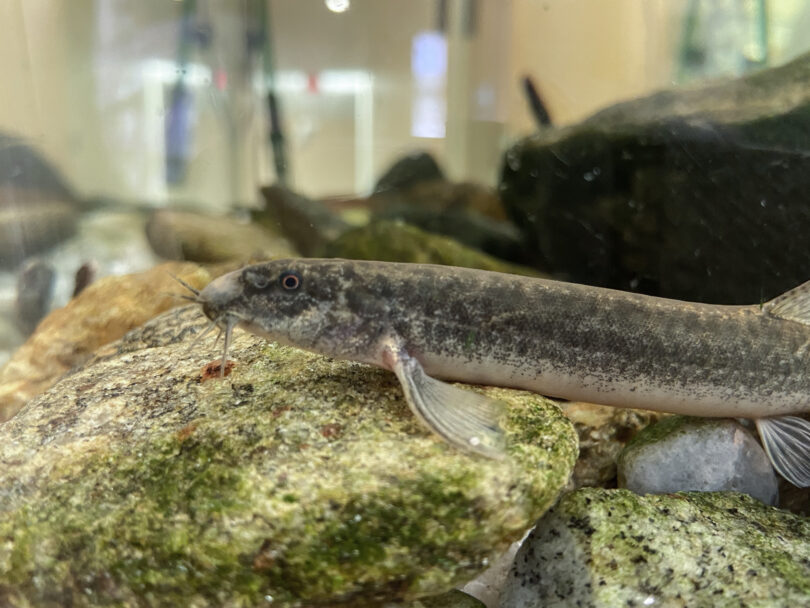 An eel-like fish popular in home aquariums—but not native to North America—has been found for the first time in a Georgia waterway.

The discovery of the weather loach (Misgurnus anguillicaudatus), which can breathe air outside of water and can grow up to a foot long, is a first for Georgia. The fish is native to east Asia and, in the last decade, has been reported in 10 states, including Alabama.

In total, 15 weather loaches were found in a creek near the border of Clarke and Oconee counties, just outside Athens. University of Georgia scientists were surveying the waterway for aquatic life and pulled up the nonnative fish as part of the process to collect, identify and release the species found in the area.

“We were trying to do a community assessment, with the overall goal to see if we could find Altamaha shiners—they only exist in a small range, and they were one of the things we were interested in,” said Wes Gerrin, a master’s student at the UGA Warnell School of Forestry and Natural Resources who was part of the team surveying the area. The group of students and aquatic biologists used an electrical current to bring fish up to the surface to identify what’s in the water.

“So, I have all these fish in a bucket, and I put one in the photo tank and I realize I don’t know what it is,” said Gerrin. “I pulled out a species list and it doesn’t match any of them.” 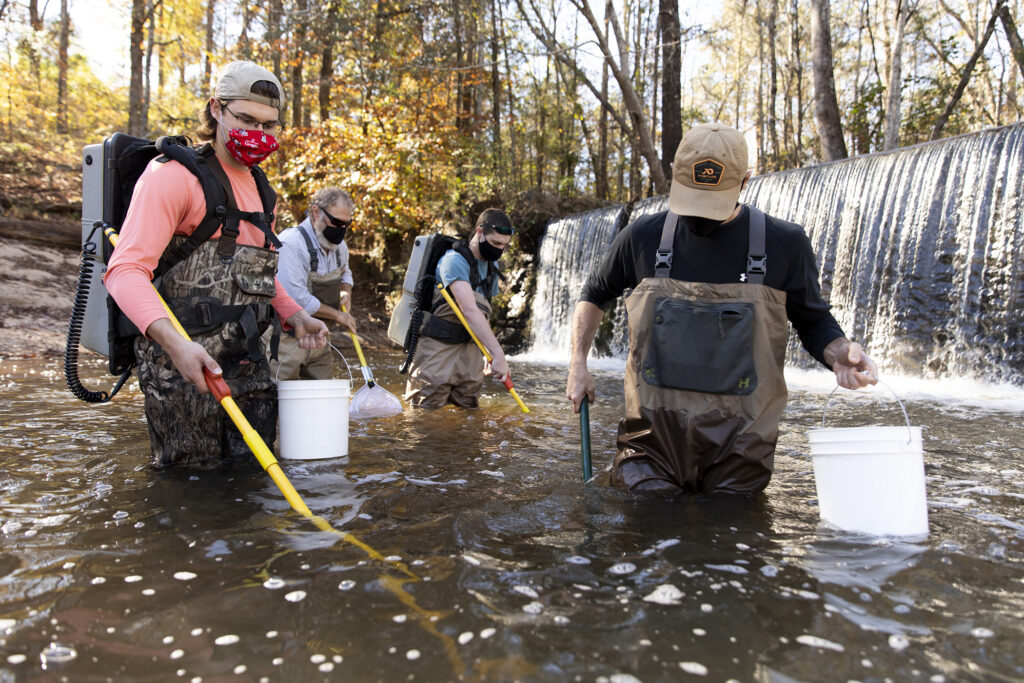 (L-R) Undergraduate student Brandon Filaski works with Professor Jay Shelton, fellow undergraduate Michael Buhler and Professor Marty Hamel using electrofishing to try and recover more weather loach fish near the dam at McNutt Creek. The weather loach was discovered in the area and UGA Warnell students and faculty are continuing to sample the area and remove any fish found in the creek as they are a non-native species. (Photo by Andrew Davis Tucker/UGA)

Gerrin sent a photo of the then-unidentified fish to his colleague, associate professor Jay Shelton, for a second opinion. Shelton recognized the fish’s eel-like movements, small fins and stubby snout as a popular fish sold for aquariums. It gets its name from the movements it makes in response to changes in barometric pressure.

Unfortunately, though, the fish may pose a threat to native fish. The main question now, said Georgia Department of Natural Resources biologist Brett Albanese, is how many are out in the wild and how far they have traveled.

In total, 15 weather loaches were collected from a tributary of the Oconee River. Albanese said DNR will be working with Warnell to assess additional places along the creek to determine the extent of the issue.

Eradication could be difficult

“We’re in the diagnosis phase. It does seem pretty concerning that they caught so many in a channel that was open to the Oconee River,” he said. “We’re concerned that it would be difficult to think about eradication. But we’re not giving up quite yet.”

The fish were discovered near an area of the creek that is frequented by the public, and Shelton suspects that area may also be the point of origin for the fish. 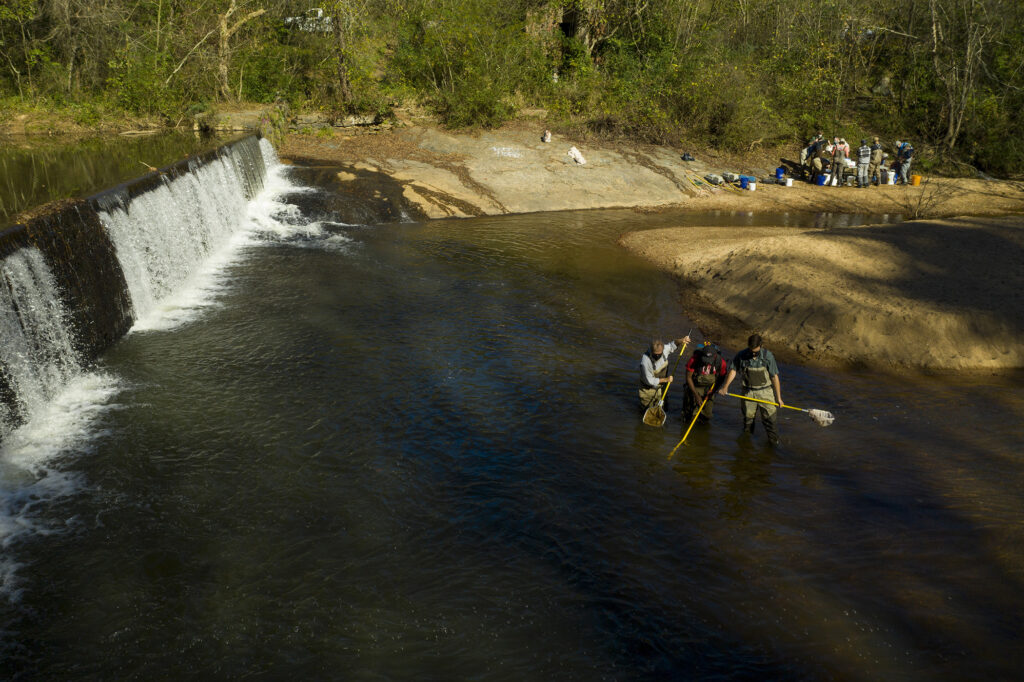 “That was a lot of exotic fish that were found in about an hour,” he said. “Now, we’re going to do a much more extensive effort and try and remove as many as possible. The concern is, if they get into the Oconee River, they can get anywhere—there’s no stopping them.”

Weather loaches are omnivores, which means they will be competing with native fish for the same food sources—and may also eat native fish eggs. And because they burrow into the river substrate, they may also destroy native fish habitat.

While little is known about the specific effects weather loaches may have, Albanese said one thing is for certain: They make it more difficult for native fish.

“Whenever predatory fishes are introduced, they tend to have much more harmful impacts on native species,” he said. The greater takeaway, he added, is for exotic aquarium fish to stay in their tanks—and out of natural rivers and lakes.

“Don’t release your fish,” Albanese added. “We don’t really know about the weather loach’s ecological impacts, but we have enough stressors in the aquatic system—we don’t need new ones.”