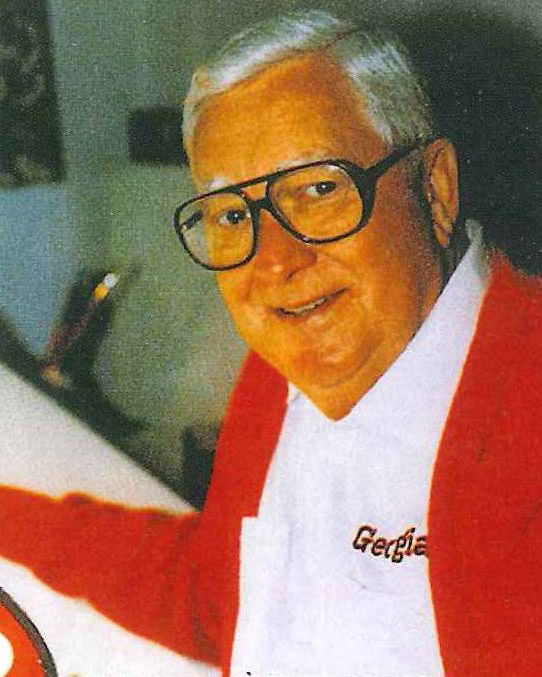 Athens, Ga. – Jack Davis, best known known for his artwork appearing in Mad magazine and hundreds of University of Georgia Bulldog caricatures, died Wednesday at the age of 91. One of the founding editors of Mad Magazine, Davis had an immediately recognizable style and an influence that extends far beyond Georgia.

Born Dec. 2, 1924, in Atlanta and raised in Georgia, Davis studied with artist Lamar Dodd at the University of Georgia, which he attended on the G.I. Bill. Davis honed his skills at UGA drawing for The Red & Black, the student newspaper, and Bullsheet, an Athens humor publication. He later moved to New York, where he attended the Art Students League before working with William Gaines’ EC Comics. He later supplied covers for Time and TV Guide, created album cover art and designed movie posters.

He endeared himself to Georgia Bulldog fans over decades with his famous caricatures of a bulldog usually pummeling opposing team mascots and/or celebrating after UGA victories.

“Jack Davis was a gifted illustrator and a legendary Bulldog,” said UGA President Jere W. Morehead. “His artwork has left a lasting legacy for Georgia athletics, and he will be deeply missed.”

Known in particular for his speed and creation of images overflowing with colorful characters, Davis appeared in most of the first 30 issues of Mad. In 1961, he wrote, drew, and edited his own comic book, Yak Yak, for Dell Comics. His long relationship with the UGA athletics program began in 1948 when he drew head football coach Wally Butts for the front and back of that year’s media guide.

Davis was the focus of a 2012 exhibition at the Georgia Museum of Art at the University of Georgia, “Beyond the Bulldog: Jack Davis.” Organized by guest curator Patrick Dean, a cartoonist on the board of the Jack Davis Foundation, the exhibition went deeper into Davis’ career than the sports and caricature work for which he is best known, focusing on his black-and-white drawings in particular.

“Jack Davis was a seminal figure in illustration of the last century,” said Chris Garvin, director of the UGA Lamar Dodd School of Art. “His work was both timely and timeless. It perfectly expressed the era in which he worked and will endure as a true example of excellence in art and design.”

Davis is survived by his wife, Dena, of St. Simons; a daughter, Katie Davis Lloyd, and her husband, Chris, of Athens, and their two daughters, Sara Lloyd Alias and Molly Lloyd; a son, Jack Davis III, and his wife, Ann Davis, of Atlanta.

The funeral is scheduled for Friday at St. Simons Island.