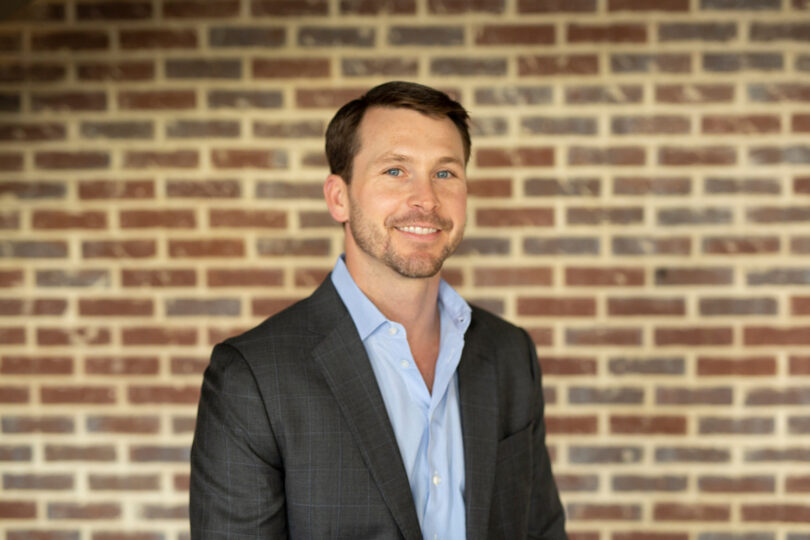 James Whitley BLA '02 was appointed co-chair of the Georgians First Commission, which was established in 2019 to support small businesses and draw them to the state. (Photo Special)

While his college classmates prepared for final exams and interviews, 20-year-old UGA junior James Whitley was studying to earn his real estate license.

“To be honest, I needed to find a way to pay bills,” he says today, nearly 20 years later.

What began as a side gig selling investment properties to make ends meet turned into a full-fledged career for Whitley. Today, the co-founder and chief operating officer of Landmark Properties—a college housing firm that leases to more than 45,000 students nationwide—hopes to bring a sense of security to other entrepreneurs and small business owners in Georgia.

In early 2019, Whitley BLA ’02 was appointed co-chair of the Georgians First Commission, an initiative of Gov. Brian Kemp BSA ’87 to support small businesses and attract them to the state.

“It was certainly an honor to be appointed to the commission,” Whitley says. “It was a great opportunity to do outreach into our various communities throughout the state and engage with business owners.”

The 20-person team traveled across Georgia to gather feedback from small business owners about their experiences and the regulatory challenges they faced. That feedback was then presented as recommendations to the Governor’s Office and is currently under review.

While many businesses work through the effects of the pandemic, Whitley hopes that any recommendations implemented will help Georgia’s small business landscape recover and thrive.

Closer to home, Whitley is also helping provide relief for Athens families affected by the pandemic.

A long-standing board member of the Boys and Girls Club of Athens, Whitley helped raise money for the nonprofit to offer spaces in their local facility for local school children completing online learning while in-person schools remained closed.

“It’s something I’m personally very committed to, and that’s kind of permeated throughout the company,” he says.

For Whitley, the drive to give back also extends to his alma mater, where he remains heavily involved, from serving on the Student Affairs Advisory Board to supporting the Greek Life Leadership Fund. He and his wife, Jessica, also established an endowed scholarship within the Student Veterans Resource Center in 2015. Whitley’s generosity has helped dozens of UGA students over the course of several years.

In addition to supporting student success through giving, Whitley also regularly recruits interns and employees from across the university, including Emily Barber AB ’14, MEd ’19, who now serves as Landmark’s associate vice president of learning and engagement. Today, the company owns and operates housing developments in 29 states, employing 1,000 individuals, 200 of whom work at Landmark’s headquarters in Athens.

“I’m very much a people person,” Whitley says. “Seeing that type of career development and watching people grow up with our business is a pretty dynamic part of the company, and it’s one of the aspects of our business I value the most.