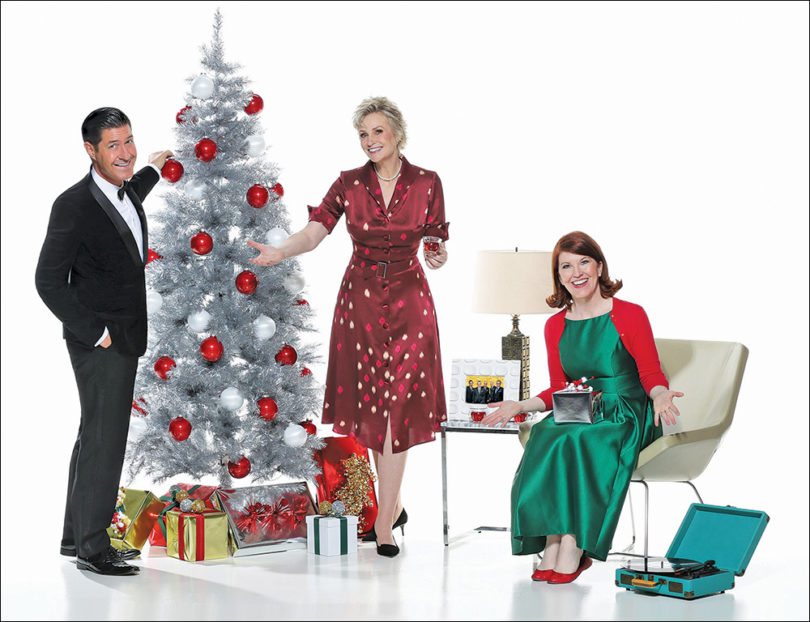 Jane Lynch is coming to Athens for Christmas. On Dec. 21 UGA Presents will unwrap Jane Lynch’s “A Swingin’ Little Christmas!” in Hodgson Concert Hall for a 7:30 p.m. performance.

Lynch is an Emmy and Golden Globe winner for her portrayal of Sue Sylvester on “Glee,” and she is the two-time Emmy Award-winning host of NBC’s “Hollywood Game Night.” She is also familiar to movie fans for her comedic roles in films like “Best in Show” and “The 40-year-old Virgin.”

For her jazzy Christmas show, Lynch will be joined by Kate Flannery, best known for playing Meredith on “The Office,” and by arranger and vocalist Tim Davis. The singers will be accompanied onstage by the Tony Guerrero Quintet.

Following a performance of “A Swingin’ Little Christmas!” a critic for Broadway World wrote: “Watching the evening’s performance was like watching a trio of siblings banter back and forth, and that scenario is only improved by the addition of a fantastic jazz band.”

Tickets for the show start at $30 and can be purchased at the Performing Arts Center box office, online at pac.uga.edu or by calling 706-542-4400. A limited number of discounted tickets are available to current UGA students for $10 with a valid UGA ID (limit one ticket per student).

The performance is sponsored by Amy and Hank Huckaby.