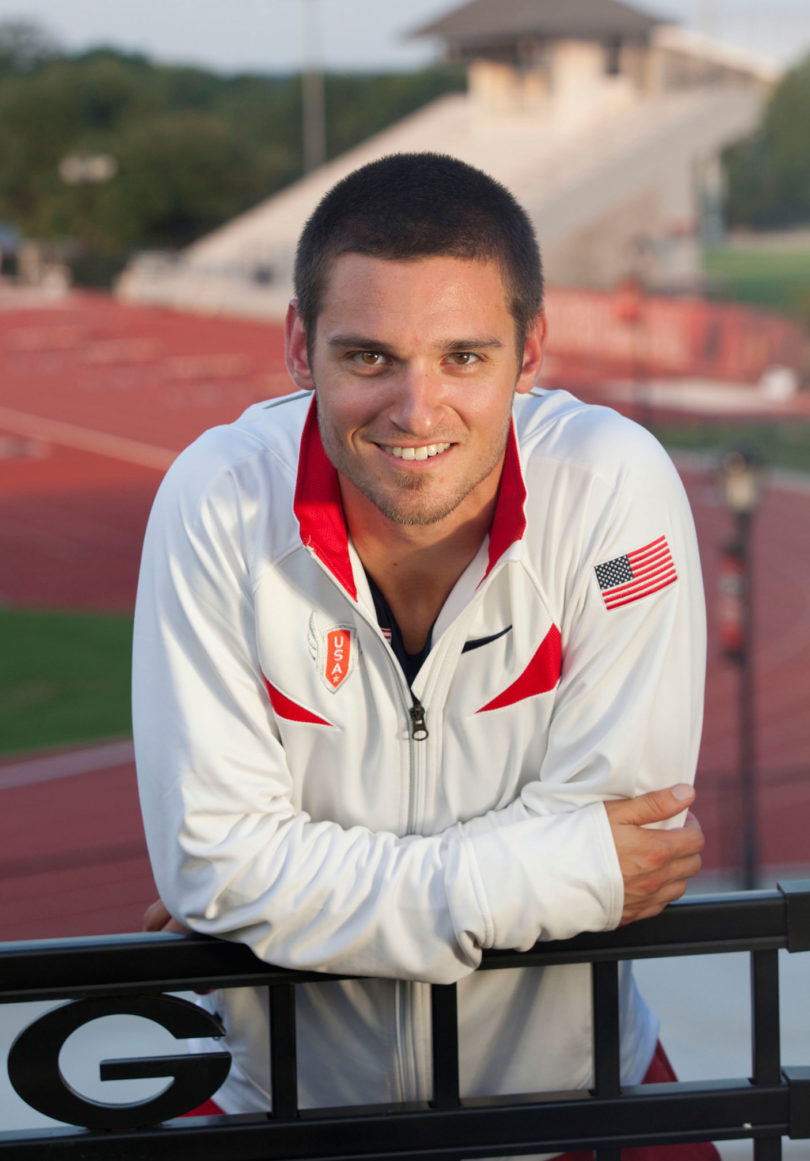 Athens, Ga. – Just two years after elective surgery to remove his right leg, on July 1 UGA sophomore Jarryd Wallace was named to the U.S. Paralympic Track and Field Team that will compete in the Paralympic Games in London in late August.

A sprinter, Wallace was the “coach’s choice” for the team based on his performance in the men’s 100-meter held June 30 at the Paralympic trials in Indianapolis, Ind. He will serve as first alternate on the team and could compete in the 4-x-100 meter relay.

Wallace, who did not qualify for the team by placing among the top three finishers in his three events-the 100, 200 and 400-was surprised to learn of his selection.

“It’s just humbling,” Wallace said following the announcement at the National Museum of Art in Sport on the campus of Indiana University-Purdue University Indianapolis. “It’s unbelievable.”

After completing his freshman year and part of his sophomore year, Wallace took a leave of absence from UGA so that he could focus on qualifying for and participating in the Paralympics. He plans to continue toward a bachelor’s degree in speech communication in January.

U.S. Paralympic Track and Field Director Coach Cathy Sellers said she had not expected Wallace to reach Olympic status so soon after his amputation.

“Then he made the Parapan team and had such a wonderful performance in Guadalajara,” she said, referring to the gold medal Wallace won in men’s 100 at the November 2011 Parapan American Games in Guadalajara, Mexico, with a time of 11.31 seconds.

A state-ranked athlete in both tennis and track while a student at Oconee County High School, Wallace was forced to give up running nearly six years ago after suffering from compartment syndrome in his right leg. Multiple surgeries did not correct the problem. Though UGA awarded him a track scholarship, he was never able to compete. In February 2010, he made the decision to have his leg amputated so that he could continue running. His surgery was in Indianapolis on June 22, 2010, at Wishard Memorial Hospital-less than a mile from the track where the Paralympic trials were held.

Compartment syndrome is a condition that causes the muscles inside the compartments of the body to swell, restricting blood flow. It is most common among runners and can typically be corrected with surgery to release the pressure inside the muscle.

Wallace is one of 35 male and 19 female athletes on the U.S. Paralympic Track and Field Team. The Paralympics is a division of the U.S. Olympic Committee. The Paralympic Games will be held in London from Aug. 29 to Sept. 9.

To learn more about Wallace’s performance in the track and field trials, see the Georgia Magazine Facebook page at https://www.facebook.com/pages/Georgia-Magazine/79478407420.