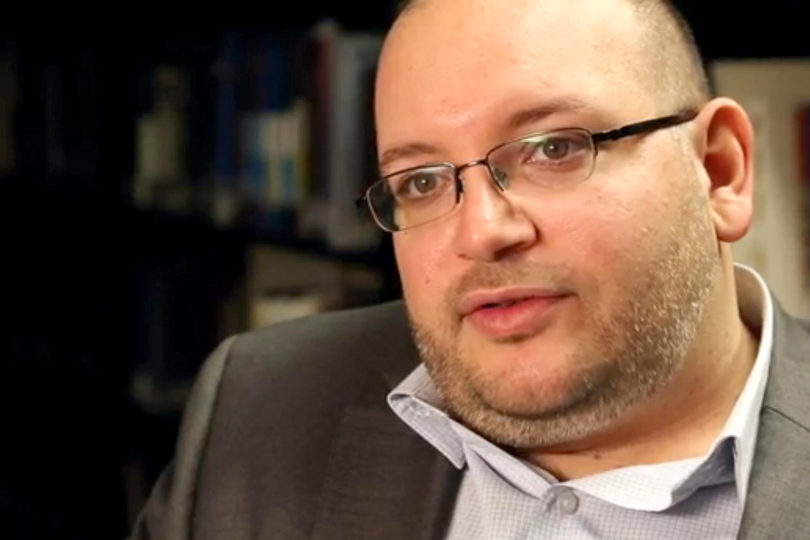 Athens, Ga. – A journalist who endured 545 days of imprisonment in Iran is the 2016 recipient of the McGill Medal for Journalistic Courage.

Jason Rezaian, a correspondent for The Washington Post in Tehran from 2012-2016, will receive the medal from the University of Georgia Grady College of Journalism and Mass Communication and its McGill Program in Journalistic Courage.

“We are humbled to have the opportunity to honor Jason Rezaian,” said Janice Hume, head of the UGA department of journalism. “What an amazing role model he is for our students who are just beginning to understand the nature and historic significance of journalistic courage.”

While he was working as The Post’s Tehran bureau chief in July 2014, Iranian authorities raided Rezaian’s residence and took Rezaian and his wife, Yeganeh Salehi, into custody. Salehi, also a journalist, was released in early October of that year, but Rezaian remained in custody in Iran’s notorious Evin Prison.

Rezaian was denied bail and kept from speaking with his attorney for the first seven months of his detainment. He appeared before an Iranian judge known for handing down harsh sentences-including extensive prison terms, lashings and death-to political prisoners and those regarded as national security threats.

It was made public in April 2015 that Iranian authorities had indicted Rezaian on four charges, including espionage. Iranian officials announced on Nov. 22, 2015, that he had been sentenced to a prison term-the length of which they would not disclose. Rezaian was held for 545 days, the longest detention for a Western journalist in Iran, and no charges of wrongdoing were ever released.

Before joining The Post, Rezaian was a freelance journalist based in Tehran, reporting since 2008 for the San Francisco Chronicle, GlobalPost, Slate and Monocle, among others.

Rezaian, who holds a dual U.S.-Iranian citizenship, was born in California.

The McGill Medal is named for Ralph McGill, the late editor and publisher of the Atlanta Constitution. McGill was regarded by many as “the conscience of the South” for his editorials challenging racial segregation in the 1950s and 1960s.

The selection of Rezaian was made by the 2015 class of McGill Fellows, 12 undergraduate and graduate students chosen for academic achievement, practical experience and leadership.

“I’m in awe of the courage Jason Rezaian has shown as a journalist,” said McGill Fellow Lauren McDonald, a senior from Vidalia, Georgia. “He’s based his career on telling the stories of the voiceless and using journalism to shed light on the misperceptions Americans have of Iran. He’s an inspiration to me.”

The McGill Medal, now in its eighth year, is part of the McGill Program for Journalistic Courage at UGA’s Grady College.

For nearly 40 years, the McGill Lecture has brought significant figures in journalism to UGA to help the university honor McGill’s courage as an editor. In 2007, UGA added the McGill Symposium, bringing together students, faculty and leading journalists to consider what journalistic courage means and how reporters and editors exemplify it.

“All of this is for a single purpose: to advance journalistic courage,” said Diane H. Murray, the Grady College’s director of alumni relations and outreach and director of the McGill program. For more information on the program, see www.grady.uga.edu/mcgill.