Following a nationwide search, the University of Georgia has named Jeanette Taylor the next vice provost for academic affairs, effective April 1. Taylor is currently the associate dean of the College of Arts and Sciences and a professor of psychology at Florida State University. 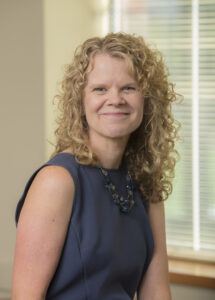 “Throughout her years at Florida State University, Dr. Taylor has distinguished herself as an innovative leader, a dedicated faculty member and a committed researcher,” said S. Jack Hu, senior vice president for academic affairs and provost. “She is an excellent addition to the Provost’s Office, and I look forward to working with her.”

Since 2019, Taylor has served as associate dean of FSU’s College of Arts and Sciences, the university’s largest and most academically diverse college with over 200 programs and approximately 11,000 students. Her responsibilities as associate dean include many areas of leadership in academic and faculty affairs, degree program development and accreditation, fellowship and research funding, college and university policies, enrollment and development.

As the University of Georgia’s vice provost for academic affairs, Taylor will assist with all matters of academic administration, policy and planning as well as act on behalf of the provost when he is not available. She also will chair the UGA Arts Council.

“I am thrilled to join Provost Hu and his outstanding team to help them build on UGA’s momentum,” Taylor said. “UGA’s breadth of academic disciplines is impressive, and I am eager to work with faculty and other stakeholders across campus.”

Taylor began her professional academic career at FSU in 2000 as an assistant professor in the department of psychology. She has held multiple roles in the department, including serving for six years as chair and three years as director of clinical training for the department’s American Psychological Association-accredited doctoral program in clinical psychology.

Over the years, Taylor also has served as a member of multiple committees and task forces at the department, college and university levels. She was elected a fellow of the Association for Psychological Science in 2014 and holds memberships in several professional organizations, including the Behavior Genetics Association and the International Society for Twin Studies.

In 2003, Taylor created the Florida State Twin Registry, which now houses data on more than 2,600 pairs of identical and fraternal twins throughout the state. The registry was created with funding from the National Institutes of Health, and Taylor has used the data in her research on genetic and environmental influences on personality and academic achievement. She also researches biological, psychological, cognitive and environmental factors related to substance use disorders and personality disorders.

Taylor has published more than 85 peer-reviewed articles and book chapters and has given over 70 presentations at conferences and symposiums. She has served as an associate editor of the Journal of Social and Clinical Psychology and is a member of the editorial board of the Journal of Youth and Adolescence. She has chaired more than 25 committees for doctoral-, master’s- and bachelor’s-level research.

“The University of Georgia is deeply committed to academic excellence, and Dr. Taylor will help us advance our efforts in this vital area as the new vice provost for academic affairs,” said President Jere W. Morehead. “Her strong record of leadership and scholarship makes her a superb fit for this role.”

Taylor succeeds Usha Rodrigues, who has served as interim vice provost for academic affairs since February 2022. Rodrigues will return to the faculty full time as a University Professor and M.E. Kilpatrick Chair of Corporate Finance and Securities Law in the School of Law.