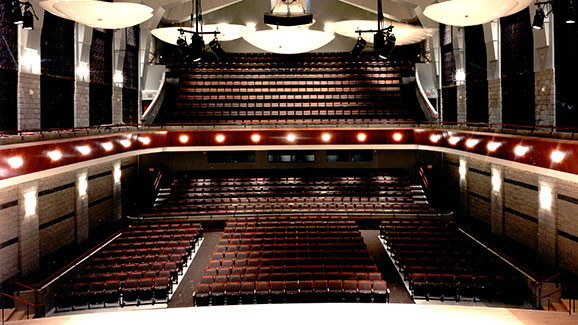 Jeffrey Q. Martin, an administrator with a proven record of bringing campus and community together to celebrate the arts, has been named director of the University of Georgia Performing Arts Center.

For the past decade, Martin has served as the presenter and senior arts producer for the Franklin S. Harris Fine Arts Center at Brigham Young University. His appointment at UGA is effective Nov. 13.

“Jeff Martin brings a commitment to collaboration and creativity to the University of Georgia, where the arts are a vital part of the learning environment and help build connections with individuals and communities across the state and beyond,” said Senior Vice President for Academic Affairs and Provost Pamela Whitten. 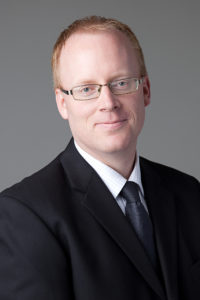 Jeff Martin has been named the new director of UGA’s Performing Arts Center.

In his role at BYU, Martin curates and produces BRAVO!, an annual series that brings nationally and internationally recognized performing artists in music, dance and theatre to campus. Annual ticket sales for the BRAVO! series have increased fourfold under Martin’s leadership, and he works closely with faculty in BYU’s music, dance and theatre departments to implement high-impact residency projects, educational outreach activities and performances with curricular tie-ins.

In addition, Martin founded BYU’s OFF THE MAP International Theatre Festival and has garnered support from organizations such as the Western States Arts Federation and the Association of Performing Arts Professionals.

“I am thrilled to be joining the University of Georgia to lead the staff of the Performing Arts Center as we chart this beautiful venue’s future,” Martin said. “UGA’s commitment to the performing and visual arts is very impressive, and I look forward to continuing and enhancing the role of the Performing Arts Center in the everyday lives of students, employees and the community.”

Martin earned his bachelor’s degree in theater directing from BYU and his master’s degree in drama from the University of Oklahoma. His appointment follows a national search that was chaired by Dale Monson, director of the Hugh Hodgson School of Music, and assisted by the UGA Search Group in Human Resources.

“The Performing Arts Center enriches our campus and state with world-class facilities and programming,” said Russell Mumper, chair of the UGA Arts Council and Vice Provost for Academic Affairs. “I am confident that it will flourish under the leadership of Jeff Martin.”

Currently in its 22nd season, the UGA Performing Arts Center brings world-renowned performers to Athens for the benefit of the campus and community. It houses two world-class concert halls: the 1,100-seat Hodgson Concert Hall and the 360-seat Ramsey Concert Hall. Its educational outreach programs include artist visits in local schools, youth programming, pre-concert lectures and master classes for UGA students.

“We are fortunate to have a vibrant performing arts program at the University of Georgia,” said President Jere W. Morehead, “and the Performing Arts Center certainly is a cornerstone.”