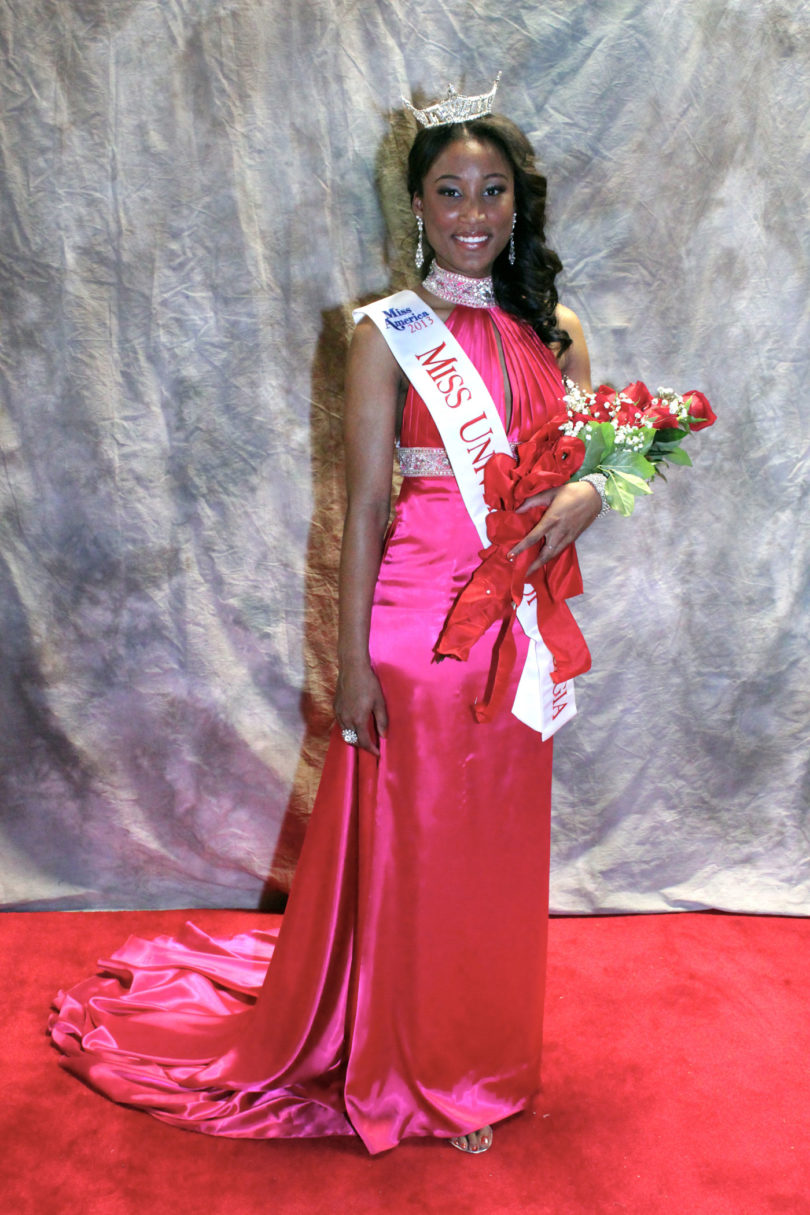 Jackson is the daughter of John and Sandra Jackson of Fayetteville, Ga.

Fourth runner up in the pageant was Lindsay Quandt, a marketing and international business major from Peachtree City, and third runner up was Mary Ashley Tucker, a digital and broadcast journalism major from Woodstock. Jasmin Severino, a political science, Spanish and pre-law major from Lawrenceville received second runner-up honors and Courtney Walker, a pharmacy student from Bonaire was named first runner-up.

The Floreida Harrell Miss Congeniality Scholarship and the People’s Choice award, voted on by audience members, were both given to McCall Stiles, a business management major from Athens. The “Best Interview” award was shared by Jackson and Utrophia Robinson, a law student from Riverdale.

Jackson will compete in the Miss Georgia Pageant in June; the winner of that pageant goes on to the Miss America Pageant.

The Miss America Organization, at the local, state, and national levels, represents the largest private scholarship foundation for women in the U.S. This year, scholarship assistance totaling more than $45 million was available to contestants at all three levels. The Miss America Organization, established in 1921, is a nonprofit civic corporation.