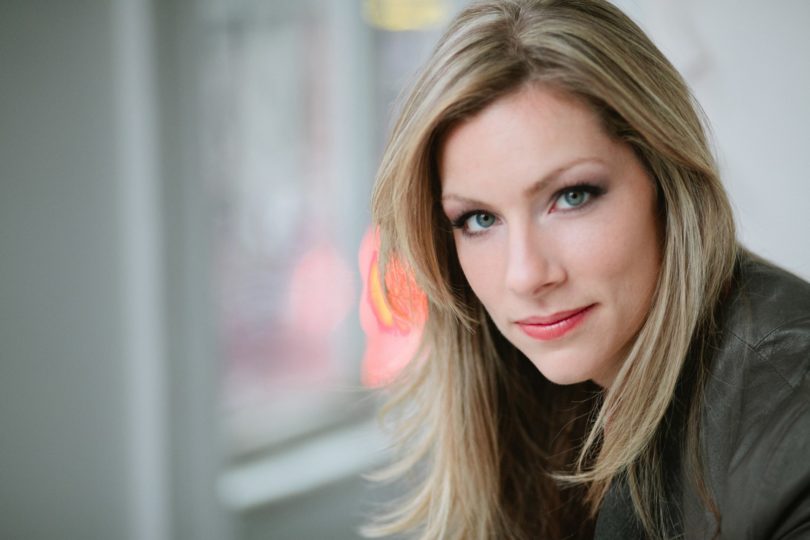 Jennifer Holloway BMus '00 is an international opera star. Most of her work is in Europe, but in early 2020 she came home to Georgia for a headline performance with the Atlanta Opera.

For some, the path to finding their passion is uncertain. But for Jennifer Holloway, it was clear from the get-go.

“I always knew that I wanted to pursue music in some form,” says Holloway BMus ’00, as she recalls giving recitals of “Mary Had a Little Lamb” on her neighbors’ rickety old piano while growing up in Gwinnett County.

Throughout her childhood and time in college, she thought she would be teaching music. She started out at UGA as a music education major with a concentration in instrumental music, but eventually changed that emphasis to voice. Meanwhile, she participated in a multitude of music-focused student groups and performed in nearly every campus ensemble.

It wasn’t until her final year at UGA that the Hugh Hodgson School of Music’s opera program debuted and stole her heart.

“Everything started at UGA,” she says. “I did not know about opera before being there. The voice and opera program at Georgia was so integral, and I am an opera singer because of what the program showed me.”

After graduating from UGA, Holloway moved to New York City to pursue a master’s degree in voice performance from the Manhattan School of Music. Soon after, she began traveling the world, starring in operas on stages everywhere from Vienna to Sao Paulo.

Her first role as a young artist was at the Santa Fe Opera, where she took the role of Prince Charming in Cinderella. As her career developed, she depicted Donna Fulvia’s character in Rossini’s La Pietra del Paragonein both Parma, Italy, and Paris, France.

Recently, Holloway wrapped up a show in Georgia, starring as the title character in the Atlanta Opera’s production of Salome, the story of biblical King Herod’s troubled stepdaughter.

Holloway explains that Salome is often portrayed on stage in a negative light. But, it is the soprano’s job to work with the director and cast to create a fresh take on the script that is a reflection of creative thinking and personal interpretation.

Of course, Holloway takes a personal lens in analyzing her character not only in Salome but in all of the roles that she plays. To her, that is the beauty of being an opera singer.

“There is something real about the passion that we show,” she says. “What we’re there to do is share this passion with the audience.”