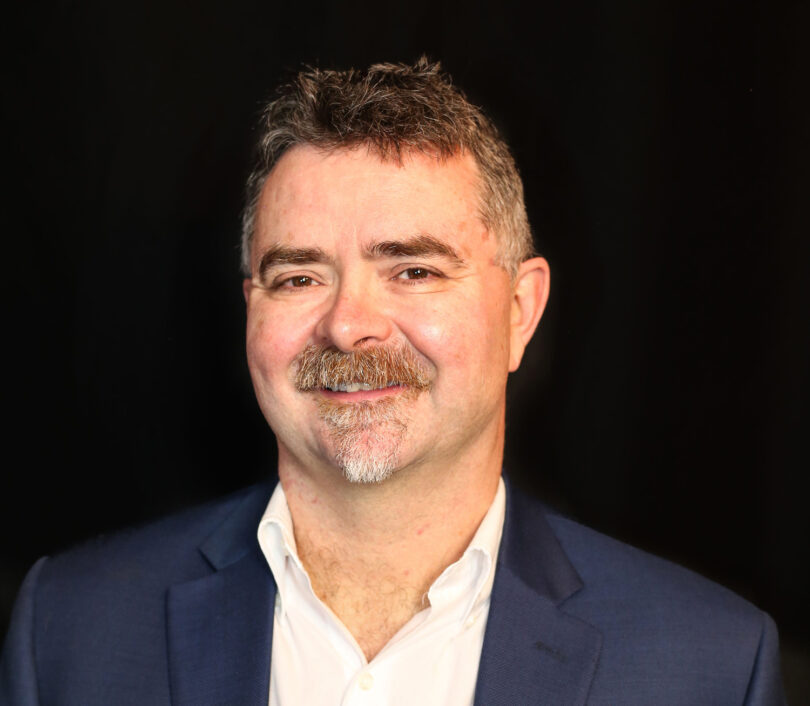 Jim Farmer ABJ ’88 has been director of Out on Film, Atlanta’s 33-year-old LGBTQ+ film festival, for more than a decade. The 2020 festival was held virtually in September and October.

Then the COVID-19 pandemic hit.

“At the beginning of the year, I was jumping up and down because we were Oscar-qualifying and I was looking forward to this year, and then COVID hit and it took me down,” says Farmer ABJ ’88, executive director of Out on Film. “It just knocked me out. I didn’t get sick, but it was just so horrible. It took time to process it.”

Then he got to work. And Out on Film went virtual in early summer in preparation for the fall festival, which took place Sept. 24 through Oct. 4.

“We definitely missed the community aspect of the festival this year in terms of seeing people we don’t see often, the filmmakers we bring in here,” Farmer says. “But having said that, the positive of being online was that the films are available longer. So people with odd hours or kids or who live outside the metro area were able to watch. For me, it’s great to be able to showcase LGBTQ films and reach an audience we could never reach with a physical festival.”

Farmer’s been running Out on Film for a little over a decade and has been at the helm as the festival grew into one of only six LGBTQ+ film festivals worldwide that can put a dramatic short in the running for an Oscar. At the same time, Atlanta became an unexpected haven for television and moviemakers from indie to big studio productions.

Choosing the films to feature is always tough, and it’s a job the Out on Film team takes very seriously. As the festival’s official gatekeeper, Farmer watches all the submitted films. The festival itself is 11 days long, and that’s once the team has whittled down the selections.

“What I never wanted to do was program a film festival simply for gay white men,” says Farmer. “That would be a snooze. It would be really easy to do, but it would not reflect who we are as a community.”

For Farmer, the film festival has always been focused on one thing: bringing the community together. He wants representation of everyone who makes Atlanta’s LGBTQ+ scene what it is.

“What I love about the festival is that you get people who have never seen themselves on screen before,” Farmer says. “A lot of our audience is from metro Atlanta, and in the metro area there are plenty of places you can go to be around other LGBTQ people. But for people outside of Atlanta, people from other parts of Georgia or other states, they don’t always have that. A lot of times they can’t be open at home, so it’s a great experience to see themselves on screen and with people who embrace them. It’s a magical experience.”